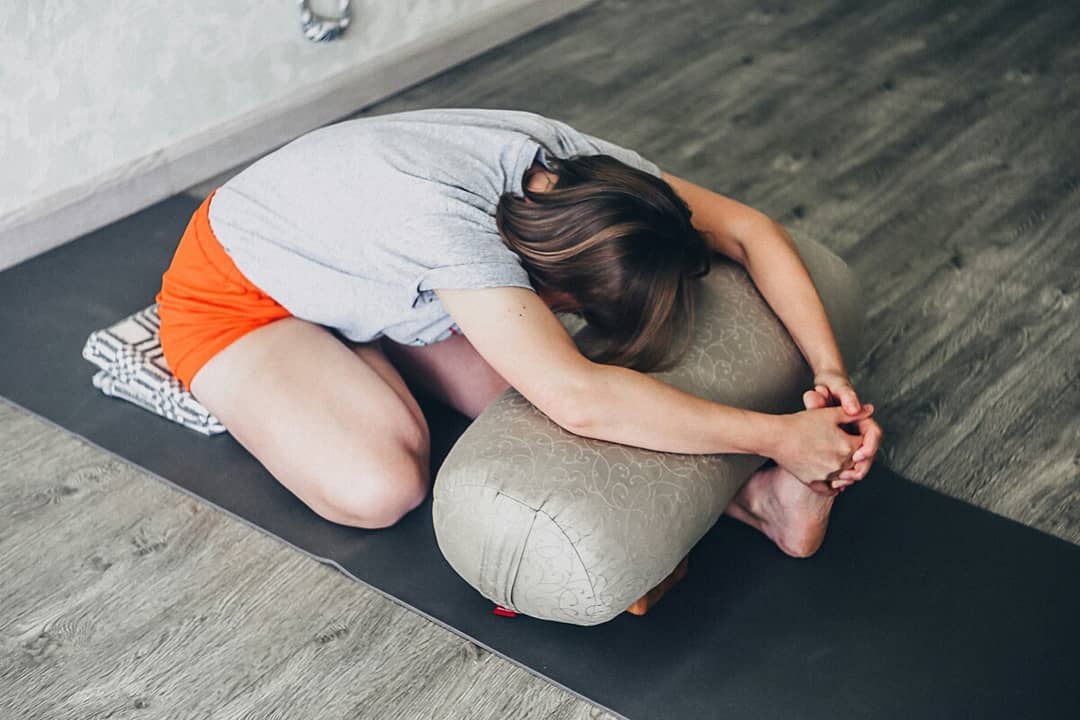 Looking for information about Iyengar yoga? Its history and principles? The way a session takes place? You've come to the right place! In this article, I will tell you everything you need to know about this style of yoga.

In a province in the south of India, was born one day, a child in poor health, named Bellur. He had to be dragged to and from hospitals all the time. His parents were forced to watch him for days when he was bedridden... So much so that he described himself as a burden to his family.

Like all young boys, Bellur had a dream: to do yoga. He thought it would help him strengthen his body, improve his muscles and flexibility. He wanted to access this art in any way he could.

Yet he was regularly turned down in classes. Too weak, he was made to understand that yoga was impossible for him. Imagine, the pain we cultivate when our dearest wish is inaccessible to us. Iyengar Yoga was born from this history... And today it is one of the most original and therapeutic styles of yoga that exist. It is, of course, open to all. Explanations...

To understand the origin of Iyengar Yoga, we must go back to the year 1918, in the south of India. This is the year of birth of BKS Iyengar. This man was born during a flu epidemic, which was almost fatal to his mother and himself. During his childhood, BKS Iyengar maintained a weak body and a weak immune system. He often fell ill and contracted malaria, typhoid fever and tuberculosis, among other diseases. This forced him to spend a lot of time in bed and miss school.

At the age of 16, he went to learn yoga from his brother-in-law, Krishnamacharya. This man, whom I have already told you about here, became his guru for two years. However, he often told him, in front of his thin and weak body, that he was not made for this discipline. He nevertheless taught him some postures to improve his health.

Little by little, BKS Iyengar developed a deep interest in yoga and became his own teacher. In 1943, he was sent to Pune, after his marriage, to become a yoga teacher. However, he was never really trained there. He then practiced intensively (for 10 hours a day) which led him to develop his own method: the Iyengar Method.

He will have famous students, notably the violinist Yehudi Menuhin. Delighted with his learning, the latter asked him to come and teach in the West. It is an encounter that will change his life forever.

From 1952 on, he spends his time developing his style of yoga and traveling around the world to transmit his passion. Until 2011, he will have trained thousands of teachers, given hundreds of demonstrations and conferences. This, in order to bring his own vision of yoga to the rest of the world. He passed away in 2014 at the age of 96. BKS Iyengar is also the author of many books that have become references in yoga, including The Yoga Bible.

What is Iyengar yoga?

Iyengar Yoga is therefore a style of yoga founded by BKS Iyengar. Inspired by his difficult childhood and his fragile health, Iyengar aims to open yoga to the widest possible audience and to adapt the postures to each person. No, contrary to what we often hear, you don't need to be flexible to practice yoga. It is the practice that will allow you, little by little, to modify your body. Iyengar Yoga is inspired by this idea.

Material and Alignment: The Basics of the Iyengar Method

Iyengar yoga is the source of all the yoga props we can practice with today. Straps, bricks, bolsters, blankets ... But Iyengar yoga also goes further by using supports to perform Asanas, such as chairs, walls, straps hung on the walls to support and help each other. It is a yoga in which the room is therefore well loaded, with a lot of material present to arrange the practice.

Its goal is not only to avoid too much discomfort in the postures, but also to give special attention to the alignment. This one must be right and adapted, in order not to create any damage on the body. Indeed, BKS Iyengar studies anatomy a lot. He wants to make yoga a practice that best respects the physiology of each person. The idea is to never exceed the limits of his body, not to fight against, but to go with it, to progress. 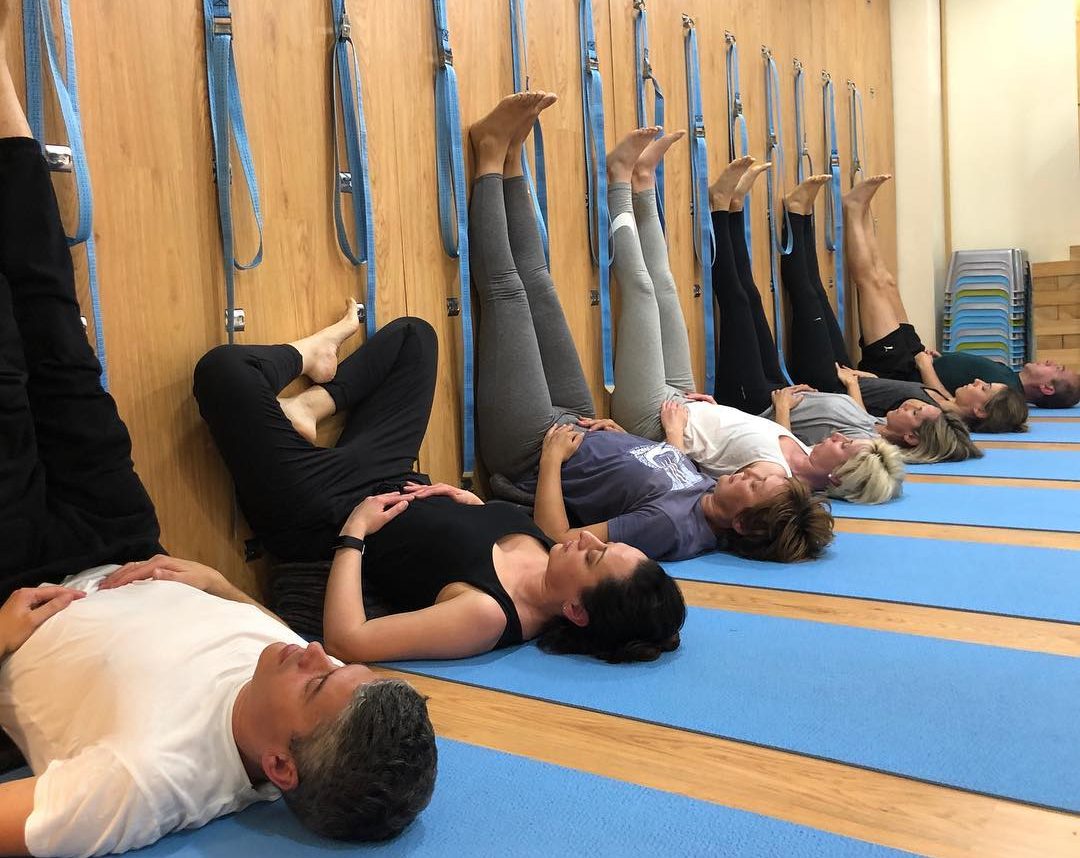 What is special about Iyengar yoga?

We work in Iyengar with postures that can be done standing or sitting. The series are created by the teachers. Often, the difficulty of the sessions progresses gradually over time. We find the same postures as in Hatha Yoga, from which this style of yoga is largely inspired. However, in Iyengar, the names of the postures are only given in Sanskrit.

The biggest difference with another style of yoga is certainly the precision given to realize each posture. Iyengar Yoga is a very rigorous yoga. Thus, your teacher will give you a lot of indications on the yoga posture to do. He will also detail the way to enter it, which will be codified, to go progressively. Your teacher will therefore talk to you a lot compared to another yoga class and will be very precise about your position.

For example, to arrive in Virabhadrasana I, we will place ourselves on the side, in the center of the carpet. From here, we will jump to spread our legs and then we will turn the pelvis towards the front of the mat. Then, we will bend the front knee and come to place the arms above the head. All this, paying attention in each step, to our legs, our alignment, our kneecaps, our ankles, the balance of the body weight... in short to everything! Every millimetre of the body has to be consciously treated in Iyengar yoga, which makes it quite demanding. A guarantee of its benefits on the body.

Moreover, in Iyengar yoga, the transitions between postures are very different from other styles of yoga. There is no dynamic sequence as in Vinyasa yoga. On the other hand, one will often jump from one posture to another. We will jump to spread our legs or to bring our feet back together again. These little jumps sometimes give the impression of being in a gymnastics class. They give all the particularity of a demonstration of Iyengar yoga. These jumps actually bring momentum and energy into the body, which is essential for BKS Iyengar.

Moreover, the use of equipment is omnipresent during a class. Chairs and walls will be used. This makes it possible to help and be supported to practice the posture, but also to go further in intensity in some cases.

Iyengar yoga is sometimes confused with Ashtanga Yoga. But it is however quite different: less physical, less codified as well. Their only common point lies in their rigor in performing the postures.

Iyengar yoga: what does it look like in practice?

When I tested my first Iyengar Yoga class, I found this type of yoga original. It was very different from any practice I had ever tried. Iyengar Yoga focuses a lot on the body and muscles. This is very interesting when you practice other styles of yoga. It allows you to correct certain positions that you often perform.

Paying attention to each part of the body is also useful to not go too far and to respect your limits. Also, the position in Iyengar Yoga is very invigorating. The arms are well stretched, the feet are well flexed, the body weight is well balanced... This makes it a falsely gentle yoga.

In fact, I thought it was a very (too?) quiet yoga. People over 70 years old were present in my class, so it's true, it's not a very physical yoga. Nevertheless, I found Iyengar yoga quite intense after all. In fact, if you want to respect the alignment and contraction of the muscles as the teacher tells you, you sweat quickly. And we are not safe from having some aches and pains the next day.

It is a practice that is interesting for those who are new to yoga or those who want to have another approach to the postures. But let's take a closer look at how a session goes.

How does an Iyengar yoga session take place?

An Iyengar Yoga class usually begins with a seated moment. Guided by your teacher, you can chant the mantra Om and take a few moments to arrive on your mat. Then, we will perform different standing and sitting postures. As in Hatha Yoga, they are done in a cut-out way: one posture, stop, one posture, stop.

Each posture is presented by the teacher in detail. He will also come to replace you very often during the session.

At the end of the class, which usually lasts 1h30, we take a moment of relaxation, in Shavasana. After a session of Iyengar yoga, one often feels an immense sense of well-being. This yoga is both energizing and soothing.

Finally, there is no meditation in Iyengar yoga. One meditates in the postures. Indeed, the different movements create a beneficial relaxation for both body and mind. 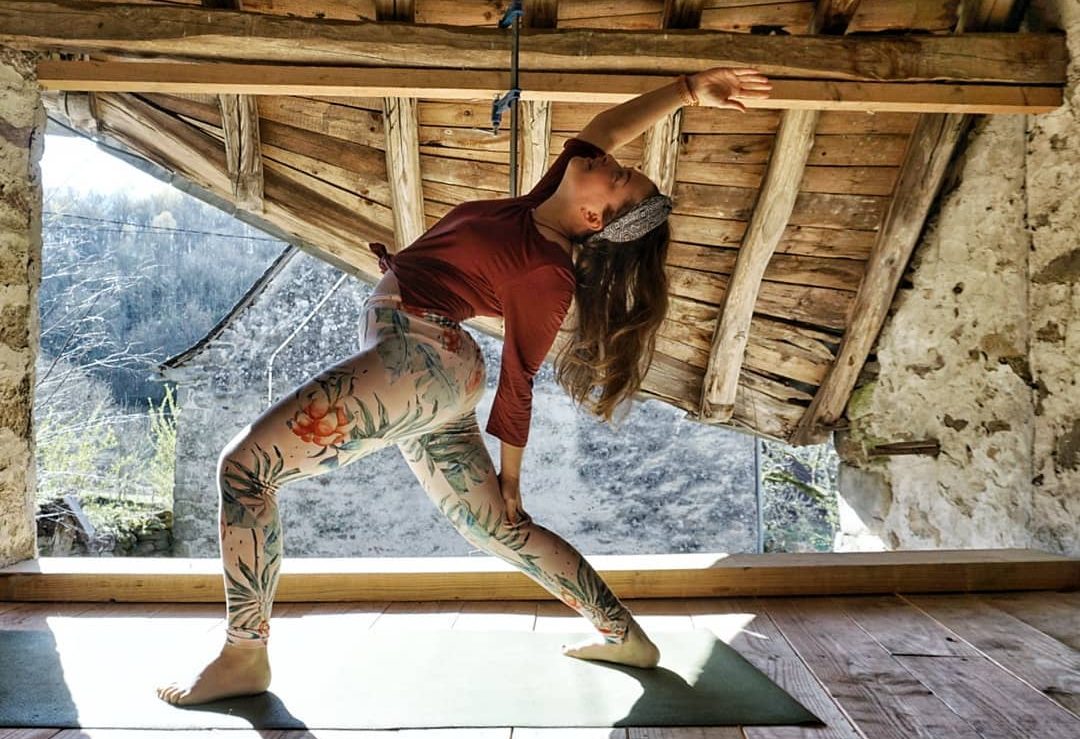 Who is this type of yoga for?

BKS Iyengar wanted Iyengar yoga to be accessible to all. Thus, no matter your physical condition or age, this yoga will seduce you and make you feel good. This, even if you are affected by an illness, relatively weak or in a handicap situation. In all cases, your teacher will adapt the postures for you at all times.

Moreover, in the class I tested, I found that this yoga focuses much more on the physical and bodily aspect, rather than on philosophy and spirituality. It is therefore a relatively simple yoga of approach. It will please you if you are not at all open to the spirituality that surrounds yoga (chakras, mantras etc). In this, it is a little bit the opposite of Kundalini yoga.

Iyengar yoga will certainly allow you to progress while respecting your body in each posture. It is therefore a reassuring yoga, where your teacher will be very important to guide and correct you.

You may have already noticed that there are not many Iyengar yoga classes available on the internet. I think this is due to the fact that the help of your teacher is an essential principle in Iyengar yoga. It is he who will find solutions to adapt your posture. He will always keep an eye on you to make sure that you don't go too far in the posture and that you don't hurt yourself.

It is often said that Iyengar yoga is the style of yoga where there are the fewest injuries. This type of yoga will therefore allow practitioners who have a Dosha Pitta to channel their fire and enter each posture smoothly.

On the other hand, it will lack a little bit of madness for Vatas (like me). But personally, I find it very interesting as a complement to another practice.

Of course, you won't have to practice this type of yoga in shorts. Classic yoga leggings can be perfectly adapted (especially in winter). Basically, you will be able to attend your first Iyengar yoga class in any yoga outfit if you wish. However, Iyengar yoga shorts can be a plus for regular practitioners.

You now know everything you need to know about Iyengar yoga. All you have to do is sign up for the class closest to you to practice and get your own idea of this type of yoga.