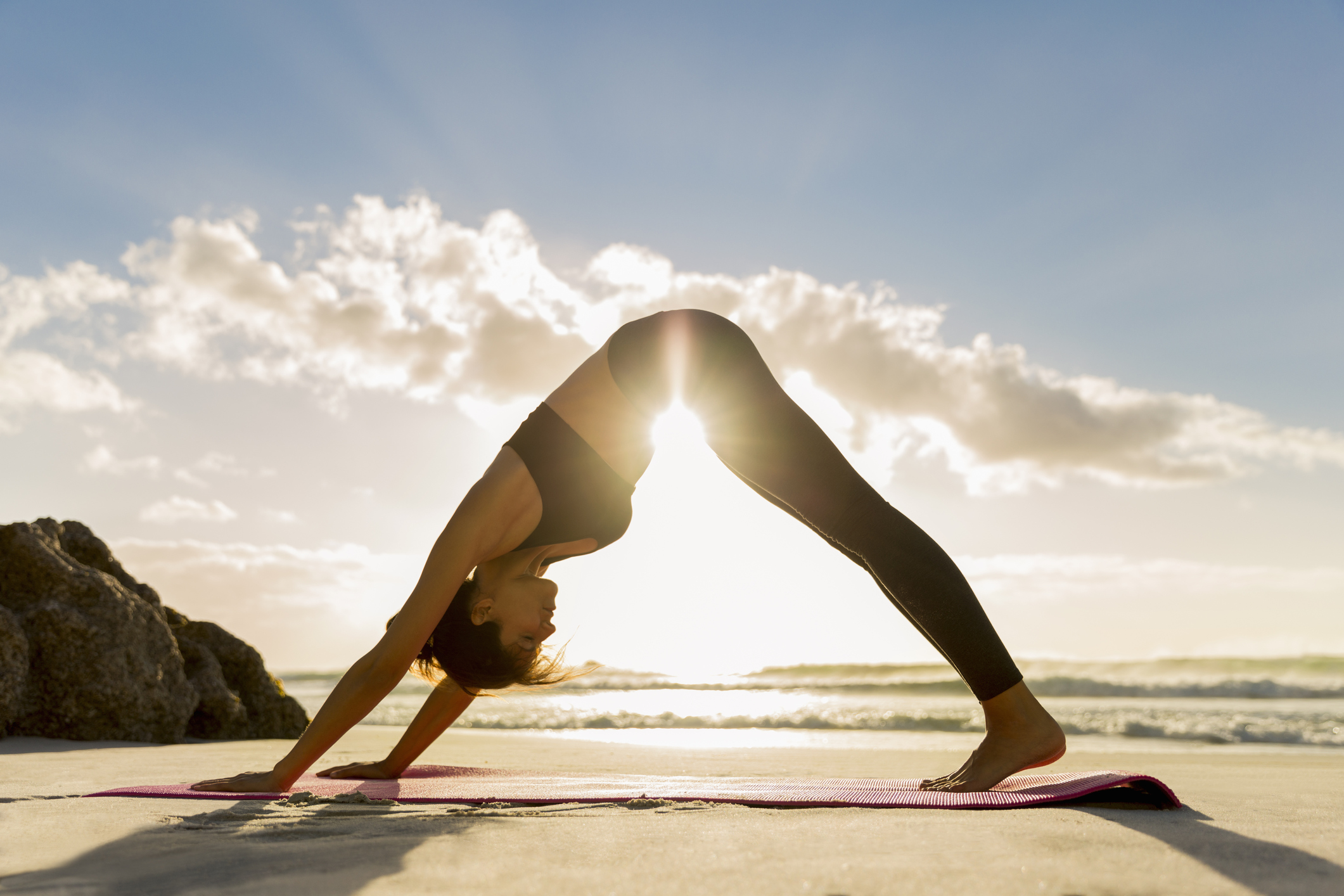 When we begin in yoga, there is a world that seems completely far from reality... This world is the world of mantras. Have you ever felt compelled to utter the Om sound while laughing inwardly at the situation? Have you felt a deep uneasiness when trying to repeat these sentences in Sanskrit? Don't worry, this feeling is completely normal and has surely been experienced at least once by all yogis. Until the day the magic happens and you suddenly evoke the magic of the mantra!

You too, soon, you will affirm that humming "Om" in the shower does you a lot of good! Because once you get past the astonishment and fear, the mantra virus takes us for good! Are you curious and would like to know more about these words or phrases that you whisper during your sessions? What are mantras in yoga? I'll explain it all to you today! This article, intended for everyone, will allow you to understand this dark world, I promise!

Mantras in yoga: what are they?

The term mantra literally means "instrument of thought" in Sanskrit. It is often referred to as a prayer, incantation or hymn. A mantra is actually a phrase or a simple sound that is intended to refocus us on the present moment, to calm our mind and even to help us evolve spiritually.

If you practice yoga, you probably already know the mantra "Om". It is composed of a single word. However, some mantras can be much longer or shorter. I will share some examples at the end of this article. In addition, each mantra may have a specific meaning, but it may also have no meaning at all. Indeed, it is the work of sound on the mind and body that is important in the mantra, not necessarily its meaning.

Have you ever heard the "Om" sound during a yoga class? Then you have probably had to repeat it three or more times during your class... Indeed, the mantra being an aid to meditation and inner calm, it is by repeating it several times that one discovers its power.

Mantras should not be confused with invocations. Indeed, invocations are a kind of prayer pronounced at the beginning of a solemn meeting. They bring sacredness to the ceremony. For example, the most common invocation in yoga is: "I bow before the noblest of the sages, Patanjali...". (Patanjali being recognized as the master behind the founding texts of yoga). Nevertheless, mantras do not always have this sacred side. Moreover, they are rather formulated for oneself than for others.

Mantras are therefore simply formulas that are repeated one or more times, in order to concentrate, refocus or soothe the mind. They can have a sacred character, but they can also have no sacred character. Thus, know that mantras are not always associated with a doctrine or a religion. During your classes, you may as well invent your own mantra or choose the one that sounds the most appropriate for you without knowing its meaning. Its purpose is to help you in your yoga practice.

Indeed, as you may have noticed, a yoga session is not only composed of postures. There are also times for meditation, breathing and relaxation. Thus, mantras can follow you throughout these practices in order to forget your preoccupations and your inner turmoil.

Yes, it is not always easy to arrive on the mat and leave aside our problems, our stress or our list of things to do. Repeating a mantra can help you get rid of these ideas so that you can get the most out of your yoga session.

In general, the action of repeating mantras is referred to as "japa" which means "whispering" or "whispering". This term refers to the repetition of these formulas a very large number of times.

Moreover, Japa has led many Hindu masters to a high level of spiritual growth and even ecstasy. Generally, for this practice, a mala or japa mâlâ which is a rosary of 108 beads is used. Each bead designates a repetition to be performed. Thus, we touch each bead with our fingertips to reach the count. The japa can be done by remaining silent, singing or out loud. It allows you to concentrate on your meditative practice. Nevertheless, this practice, common in India and among the yogi masters, is not at all obligatory when one evokes the mantras in yoga. Although in the West, the mala has been a fashionable accessory in recent years, it has more of an aesthetic value than a real utility during meditation.

But if you are delighted at the idea of this practice, you can absolutely go for it!

Why are there mantras in yoga?

According to Hatha Yoga, sound is the origin of the universe. In the same way, in the texts, it is evoked that every sound that reaches us, whether audible or subtle, comes from a transcendental source. It is called Supreme Sound or Supreme Voice: "shabda-brahman". Thus, each sound would contain part of the creative force of the Supreme Sound, and mantra sounds would be powerful means of contacting it. Originally, a mantra would therefore allow one to touch or connect with the deity with one's finger.

Today, mantra is considered to have a therapeutic effect on the mind as well as on the body. Indeed, if you have ever pronounced the sound "Om" during yoga classes, you certainly know that it causes internal and external vibrations. This is in fact the case with all mantras. The sound of these formulas often has an effect on both our mind and our body.

Do you dream of chanting a mantra, but are afraid you don't know how to pronounce it and make yoghurt? In that case, you have nothing to worry about! The exact pronunciation of this foreign language is not very important. On the contrary, you will discover the power of mantras in sounds. So let go, try it and come back to share your experience!

The practice of mantras

Chanting or reciting mantras is a very ancient practice. Originally, it is said that mantras were derived from the verses of the sacred texts of Hinduism. Then, over time, mantras were drawn from non-religious sources such as texts associated with Tantra. Sometimes they were even revealed by sages during meditation.

If for a long time, mantras were used to communicate with the spirits, chase away the forces of evil or even to heal, they also sometimes had a negative side. Indeed, they could be used to control the thoughts of others. Not very yogi...

Nowadays, mantras are used mainly for their soothing side. They help to calm the fluctuations of the mind and bring us back to inner peace. Don't these terms mean much to you? Then you might as well take them as a simple tool that will allow you to relax a little more, just like any yoga posture.

If you're new to yoga, you're probably wondering what you're getting into with mantras. It may seem strange to whisper mantras in your classes. Nevertheless, you may see mantras as aids to meditation, as a way to regain calm, to focus on the present moment or to refocus on yourself. And if this practice doesn't speak to you at all, you may as well not participate.

However, perhaps as you learn more about the "Om" sound, you will find more meaning in its pronunciation during your classes? Let's take a closer look! 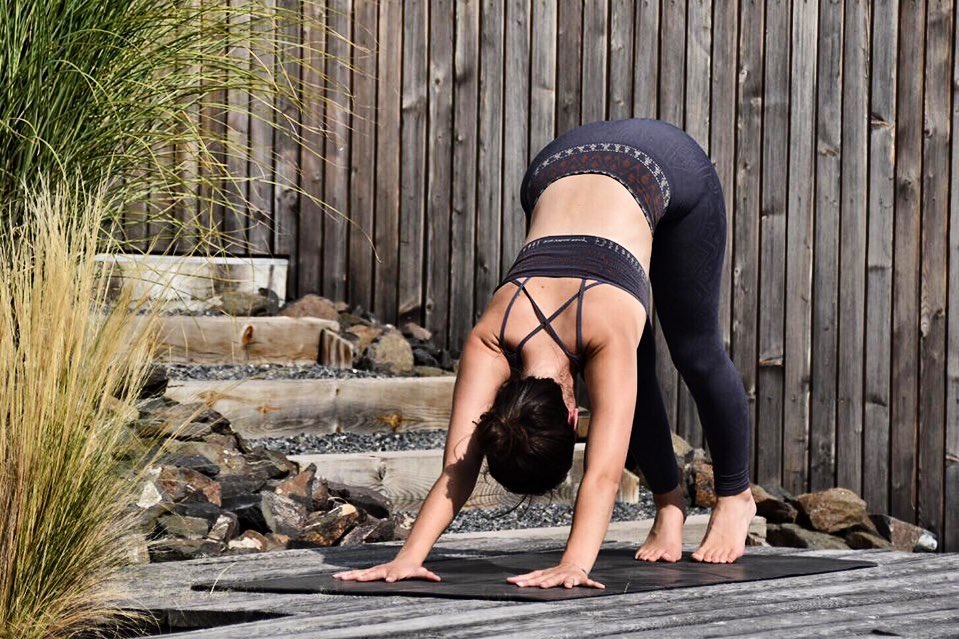 Meaning of the most known mantras

Om (aum) :
This mantra appears in all Indian sacred texts. It is said to be the sound at the origin of the universe, nothing else! When it is pronounced, it facilitates the expression of oneself by unblocking the throat chakra. So, if you feel freer to express and assert yourself after pronouncing this mantra, it's normal! Each letter of the sound "Om" has a precise meaning. Moreover, we often pronounce this mantra by pressing on each letter: A, U (pronounced o) then M. This gives approximately AaaaaaOoooMmmmm.

The sound "A" refers to the birth of the creator God Brahma, "U" refers to continuity and the God Vishnu while "M" refers to death and the destructive God Shiva. Om is thus a representation of the cycle of life, past, present and future.

Lokah Samastah Suhkino Bhavantu:
This mantra is sometimes found in English as "May all beings be happy and free". This mantra is a very powerful formula sent to all those around us. It is a message for peace, health and happiness. It can be spoken every day to start the day off on the right foot or at the end of a yoga session. In French, it means: "May all beings of all worlds be happy and go in peace". So, if you have trouble pronouncing it in Sanskrit, you may as well do it in French. This formula allows you to get away from suffering, but also to draw energy and hope for the future.

Shanti Shanti :
This mantra refers to peace and serenity. Indeed, the word Shanti means "peace" in Sanskrit. It is often repeated 3 times in a row. Thus, it is possible to give it several meanings:

Sat Nam :
Sat Nam is the mantra of truth. It is widely used in Kundalini Yoga. It means "My name is truth" or "Truth is my identity". Indeed, Sat means essence, truth and Nam is translated by name, identity. It is what we call a seed mantra, a help that allows us to modify our energy to bring us good vibrations. Thus, to pronounce the mantra Sat Nam is to recognize that each one of us carries within us the Truth and the light. It allows us to reconnect to this deep truth and/or to cultivate it on a daily basis.

What to do with mantras?

Some of the mantras translated today make you want to repeat them? Then, know that you don't need to wait for your yoga teacher to practice with a mantra. Indeed, as it can be pronounced mentally, for yourself, your favorite mantra can follow you in each of your yoga sessions.

However, in India, in order to promote the power of a mantra, it is preferred that it be repeated every day at the same place and time. The most appropriate time is at sunrise or an hour before. It is called the hour of Brahma. However, if your yoga class is in the evening, it does not matter.

Also, you may not be able to repeat your mantra at the same time each day. Again, it doesn't matter! These ideas will probably seem more important to you as you begin to have a regular daily practice of yoga or meditation. In 5, 10 years or maybe even never. So don't force yourself to follow these principles to the letter if it's not natural for you. Ideally, this mantra practice should come naturally to you and you should feel aligned with it when you do it. No obligation, no pressure... You can simply test the effects of mantras on yourself, little by little during your sessions.

Now you know a little more about mantras? Does this dark world seem a little clearer to you now and, let's admit it, a little less bizarre? So, it is time to go and practice by integrating (or not!) some mantras into your session but also to pronounce the Om sound by thinking about its deep meaning and then to observe... Are there any changes? Are there any benefits? On the contrary, any discomfort or embarrassment?