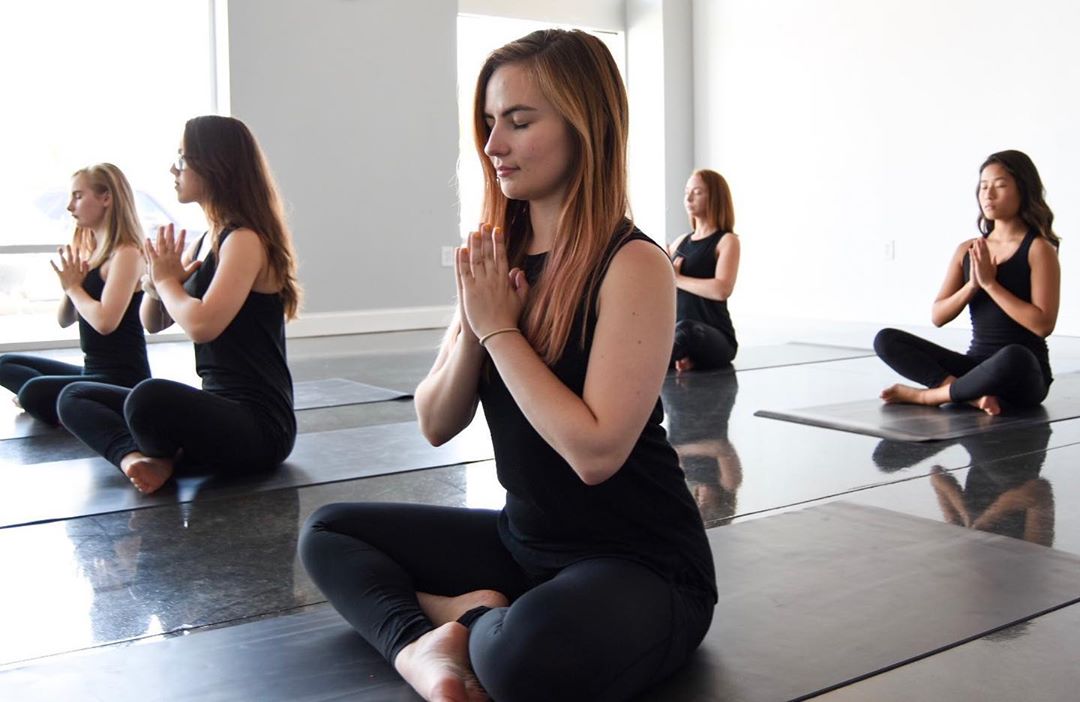 Do you dream of taking up yoga but something inside you is afraid of it? Aren't you going to become too perched by sitting in lotuses every week? Isn't it a practice where you easily get hurt trying to gain flexibility? Don't worry, yoga is a discipline that is accessible to all ages and to all people. Nevertheless, it is true, the drifts exist and the risks of injuries should not be ignored. So what can you do? How to reduce the dangers of yoga? Isn't it too dangerous to practice yoga? In this article, I bring you a reflection on this subject... which is not much raised.

If you are new to yoga, you quickly realize that it is often seen as a panacea. Yoga changes your life (isn't that what I wrote in my description by the way?)! It improves our relationship to our body. It makes us feel lighter! Our mind becomes clearer. So, how could this practice be dangerous? To talk about a danger of yoga is a real offense for some practitioners, who see it as a philosophy of life of which they are totally convinced. And I too, it's true, I frown a little when I read that yoga is dangerous. However, after reflection, it's true, it must be said that the dangers of yoga exist... So, let's see together what it's all about.

The dangers of yoga on the body: YES, you can get hurt in yoga!

Yoga is often described as a very gentle activity for the body. However, this does not prevent accidents! Yes, you can get hurt during a yoga class and it is even quite common. Personally, I have already blocked my back the day after a yoga class and I suspect that yoga is the cause of one of my last torticollis. But should we demonize yoga for all that? Certainly not.

However, if you want to reduce the risk of injury in yoga, it is important to take responsibility for your practice. No matter what your teacher tells you to do or advises you to do, you should listen to yourself and never go too far.

During your class, at any time, you have the right to say stop. Just yesterday, during my class, I stopped doing an exercise and sat down for a while because it was just too much for me. Maybe not my day, not in this state... Anyway, I said stop and resumed the exercise later in a seated position. So if you want to avoid injury, always keep in mind that you should not go beyond your limits in yoga.

Dangers of yoga: what are the injury factors?

It is often suggested that if injuries in yoga are common, it is because today's yoga teachers are less well trained. In fact, after 200 hours of training, "anyone" can start teaching. Is this right or wrong? I'll let you make your own opinion on this question. But for my part, I think that a yoga teacher is above all passionate about yoga. So he will certainly want to continue his training throughout his life. Thus, if his first training in anatomy and biomechanics was a little too weak, he will be able to continue it on his own. And don't worry, many teachers go through this stage. I know many around me! Because the intention of your yoga teacher is often to accompany you in the best possible way and not to hurt you.

For my part, I believe that what aggravates the risk of injury is above all the student's behavior. This is one of the greatest dangers of yoga after all: the way the student experiences his or her session. Indeed, I observe many people who arrive at their yoga class with a competitive attitude or who are looking for constant progress. They need a challenge and take yoga this way. Yoga is all about slowing down and discovering humility. In yoga, it's a strength to say "I can't do it", because it means listening to yourself, respecting your body and your limits. So, if you want to listen to yourself first, I believe that you have little risk of hurting yourself in yoga.

On the other hand, what makes yoga dangerous is also the way the classes are given in places. Indeed, one can observe sessions with 30 to 40 students at a time and only one teacher. In this case, the teacher will have difficulty accompanying everyone and correcting bad postures. Likewise, he will have difficulty adapting each posture to the particularities of his students. This can lead to more risk of injury. On the other hand, when there are a lot of people around, in yoga class, it is easier for the teacher to develop an idea of competition with others. We observe ourselves, we want to reach the level of our neighbor and we are more able to surpass our limits.

So, to keep yoga safe, I advise you to opt for a small group class with a maximum of 12 students. Moreover, when you arrive at your class, lock yourself in your bubble in order to stay focused on your sensations, your possibilities, without wanting to copy your neighbor at all costs.

What are the most dangerous forms of yoga?

Bikram Yoga, a controversial yoga.you may wonder if there are some styles of yoga more dangerous than others? [...] The answer seems to be yes. For example, among the controversial styles of yoga, Bikram yoga comes out on top. This form of yoga is taught in a room heated to 40°C and classes are often held in crowded rooms. Hot yoga" as it is called seems to be dangerous for some audiences in particular. It could cause discomfort, hypertension and is not recommended for people with heart problems. Therefore, if you are looking for a yoga class to slow down and relax, this may not be the practice for you.

Kundalini Yoga, dangerous? Furthermore, Kundalini yoga is often referred to as dangerous, but for other reasons. It is a very spiritual form of yoga where one seeks in particular to awaken one's chakras. According to its detractors, the risk would be that of a too brutal spiritual awakening. This could lead to physical symptoms (headaches, nausea) but also a loss of bearings. Indeed, some students may then have difficulty regaining their sense of reality. That said, Kundalini yoga classes are numerous and often very much appreciated, because the teachers accompany their students in an optimal way. It is therefore important not to demonize this practice, but rather to choose a good school.

Finally, one last point to raise about the dangers of yoga, in any style for that matter, is that it is better to find a yoga teacher who inspires you confidence. Unfortunately, sectarian aberrations exist and it is not always easy to realize it at first glance. Rest assured, these aberrations are very rare and occur mainly in India. Most yoga teachers are healthy and want to do good for you. But if you go on retreats abroad for example, always pay attention to the advice and styles of yoga taught. For example, Siddha Yoga is referred to as a sect. 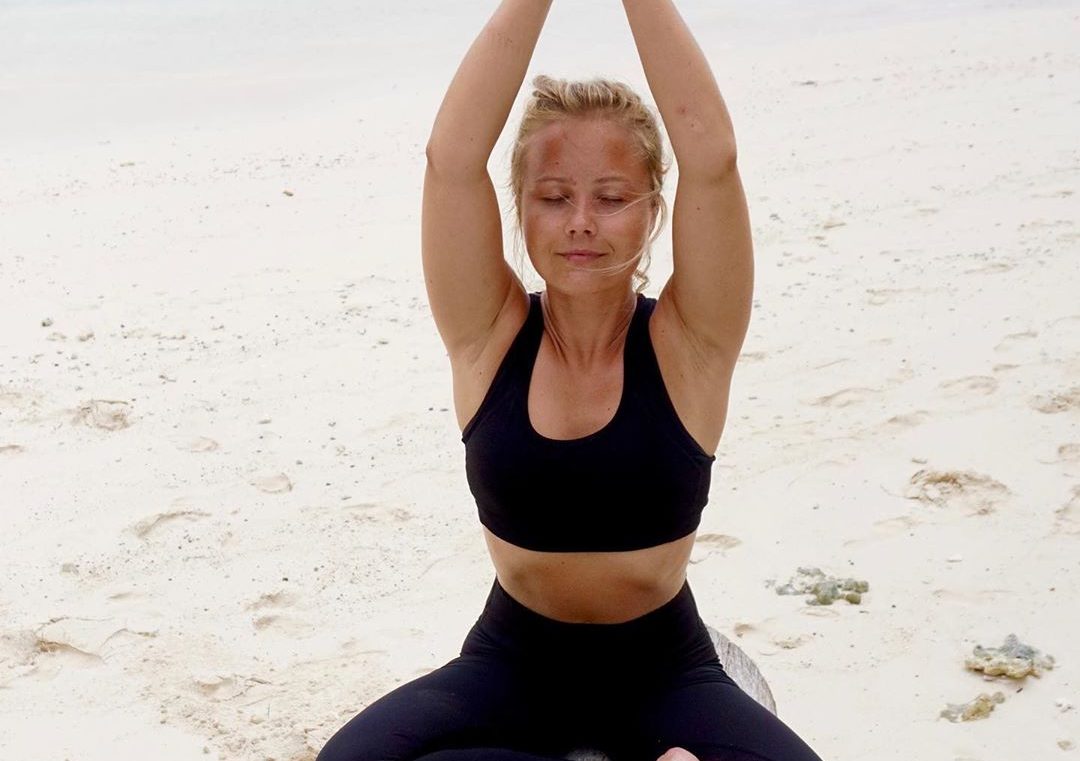 In India, the purpose of yoga is primarily to connect with oneself and to practice meditation in movement. Nevertheless, our western world constantly draws us towards competition, the need to succeed, to assure and to progress. It is also a world of constant activity, where there is little time for rest. Thus, even while doing yoga, one must be active, improve one's flexibility at all costs and even lose weight! In the West, we do yoga with a goal in mind... And it is certainly this state of mind more than yoga in itself that brings the risk of injury.

For example, restorative yoga would be ideal to soothe our competitive side, but it's not really for this type of class that the demand is highest. And yet, it is certainly exactly what we need!

From all this, it follows that it is probably our vision of yoga in the West that makes it a dangerous discipline. The dangers of yoga come from what we do with it and not from the discipline itself.

Finally, our sedentary lifestyle is also dangerous. It is this sedentary lifestyle that is responsible for many illnesses in our developed countries (cardiac in particular). So, you may think that it is dangerous to do yoga, but the fact is that it is just as dangerous not to do yoga. Yoga will help you mobilize your whole body, get your energy flowing and will often have positive effects on your health. But if you are not yet convinced, you just have to try it for a while...