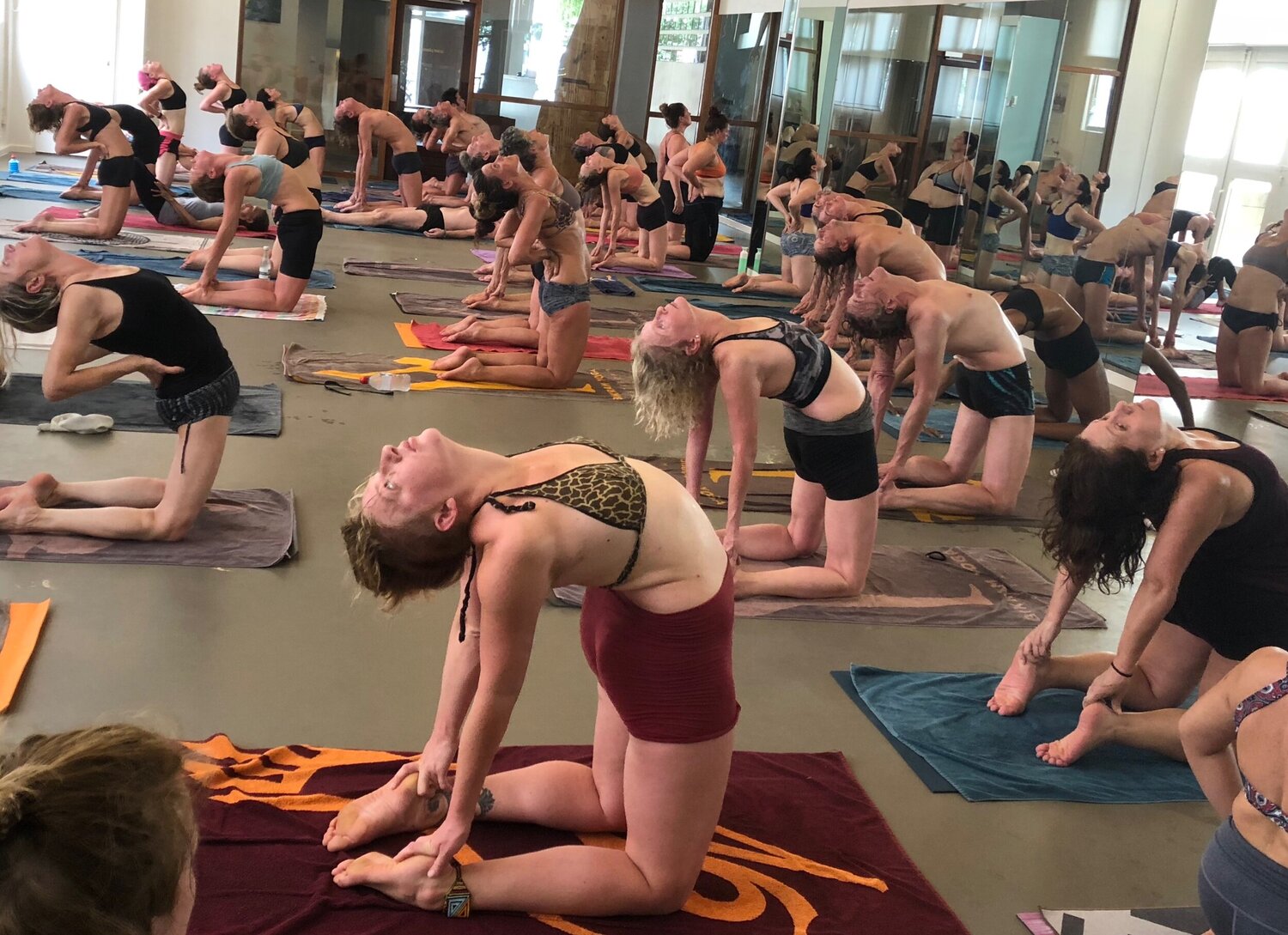 Bikram Yoga is a contemporary form of yoga characterized by very special session conditions: the room temperature must be 40 degrees and the air must be 40% humidified. The purpose of this article is to define Bikram Yoga, explain its principles and benefits, where it comes from, who it is for and what the risks are.

Bikram yoga is derived from Hatha yoga, which is a form of yoga based on effort. Also known as hot yoga, Bikram yoga is a contemporary yoga that offers 2 breathing exercises, as well as 26 postures, also called "asanas". Each of these postures works all parts of the body during the sessions, each lasting 90 minutes.

The particularity of this form of yoga lies in the conditions in which the sessions take place. Indeed, the postures and breathing exercises are performed in a room heated to 40 degrees and 40% humidity. Perspiration resulting from the heat would have the ability to improve muscle and joint flexibility. The heat alone would remove impurities from the body and promote movement.

The 26 postures are always performed in the same order, and twice in a row each. You must remain in each of the postures for at least one minute.

The 2 breathing exercises are performed only once. The first exercise is done at the beginning of the session, it is pranayama, which is a practice of breath control. The second one is done at the end of the session and is called kapalabhati: it is an abdominal exhalation technique that aims to purify the body.

What are the benefits of Bikram Yoga?

Many studies have investigated the health effects of Bikram Yoga. In particular, it allows you to :

- Improve perceived stress.
- To improve the quality of sleep: Bikram Yoga helps to reduce sleep disorders thanks to its anti-stress action.
- Improve quality of life and psychological well-being.
- To increase glucose tolerance, bone mineral density, arterial rigidity.
- Reduce the risk of cardiovascular disease: Bikram yoga leads to a reduction in heart rate, total cholesterol, triglycerides and hypertension, as well as an increase in cardiac endurance, thus reducing the risk of cardiovascular disease.
- Strengthen joints, muscles, tendons and ligaments as the 26 postures involve the entire body.
- Reduce the risk of osteoporosis: Bikram Yoga increases bone density and reduces the risk of bone loss.

What are the differences with traditional yoga?

The history of the bikram

The founder of Bikram Yoga, Bikram Choudhury was born in Calcutta, India in 1946. It was at the age of 4 that he began practicing yoga with his spiritual master: Bishnu Gosh, who strongly inspired Bikram in the creation of Bikram Yoga.

One day, Bikram had an accident that paralyzed his legs. Following this accident, he continued to practice yoga and saw an improvement in his physical and mental condition. He therefore decided to create Bikram yoga based on the 84 postures of Hatha yoga. It was in the late 60's that Bikram went to the United States, where he opened his yoga center in 1973. Today, there are approximately 600 Bikram Yoga centers around the world.

Who is Bikram Yoga for?

What are the risks?

Heat can cause dehydration, increased heart rate and internal temperature, which can be dangerous for some people. Bikram Yoga is not recommended for people at risk of psychosis since it has been responsible for psychic decompensation in some predisposed individuals.