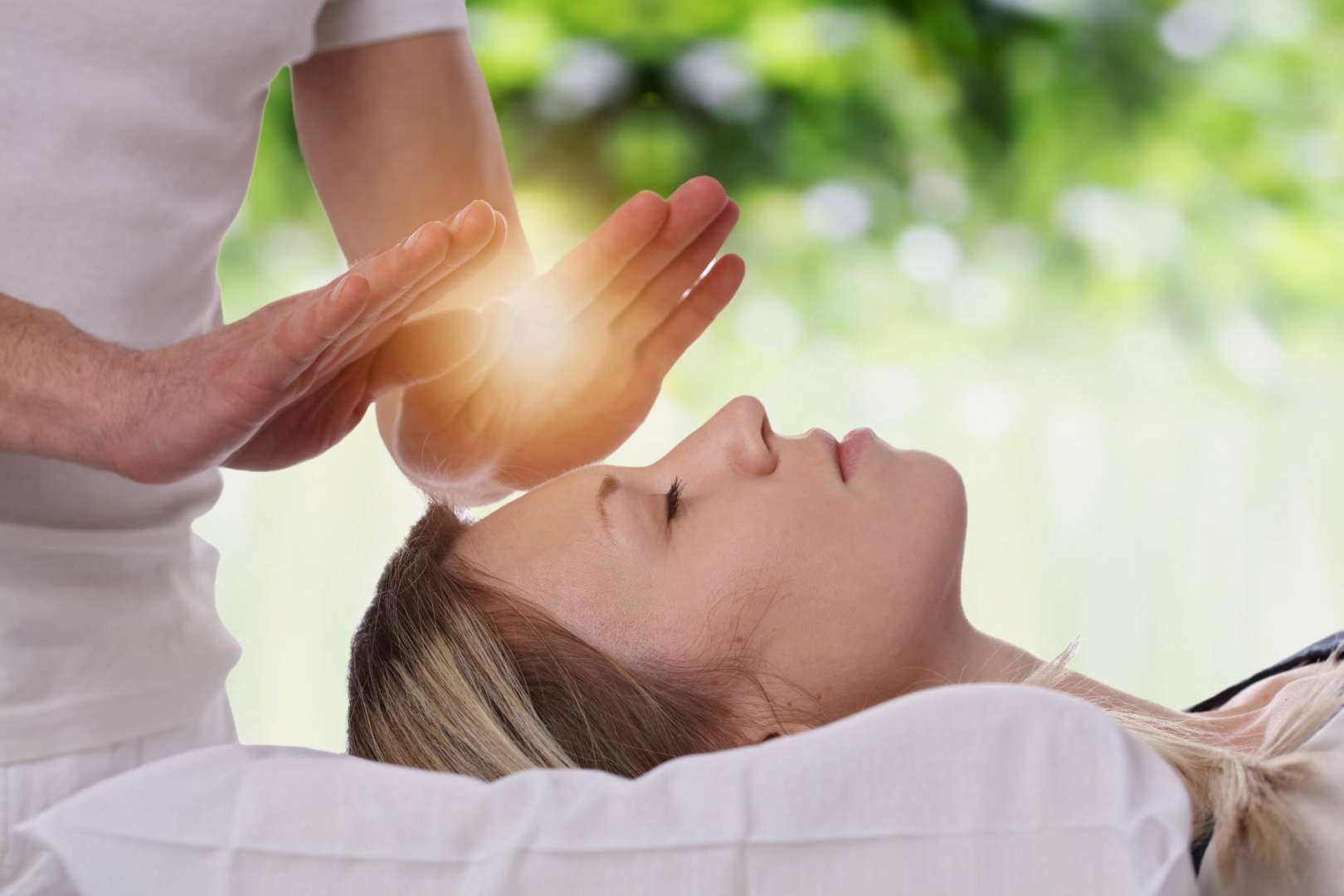 Of Japanese origin this technique of laying on of hands, which everyone can learn, would dissipate the energy knots at the origin of our blockages. And would aim more broadly to reconnect our mind to universal energy. Why would it do so? Why? How? Many mysteries still surround Reiki...

At first glance, it looks like a session of laying on of hands by a traditional healer. The patient lies on a simple mattress; the reiki master, sitting beside him, places his hands flat for a few minutes on the eyes, then on the ears, temples, belly finally, or under the head, under the knees... Not a word. Just calm and concentration.

Simple practice of "healing", as they used to say in the old days? Not quite. While western healers practice their art empirically, reiki therapists use a real method, based on rules, a process, a theory. It is supposed to improve our health as well as our psychological state - neuroses, phobias, relational blockages or anxieties would vanish in a few sessions - and does not require any particular gift: anyone can become a reiki master after a short training. This explains the recent craze for this therapeutic system, the multiplication of practitioners and personal "reiki" pages on the Internet... And the publication of forty books on the subject in recent years!

In Japanese, the word "reiki" designates both what we do not see but perceive beyond physical appearance, and the "universal life force". A form of vital spiritual energy, present in each of us and which other traditions have integrated: it is the "ch'i" of the Chinese, the "prana" of the Hindus, the "pneuma" of the Greeks, or even the "light" of the Christians.

The origin of reiki goes back to the dawn of time. For some specialists, at the birth of Tibet, for others, it is rather a Buddhist form of qi-gong. Sanskrit Hindu manuscripts dating back 2,500 years already refer to it... One thing is certain: this traditional therapeutic art was completely forgotten until the end of the last century, when it was rediscovered by Mikao Usui, a Japanese doctor. It is said that after a long initiatory journey, Usui found the manuscript of the "Buddha's manual healing system" and that he saw, during a mystical enlightenment, the symbols, formulas and techniques of Reiki, which would become, in his own words, the "Usui system of natural healing".

The reiki masters are the heirs of a true codified heritage: sequences of almost choreographic gestures, precise hand positions, philosophical and spiritual principles combining both Buddhism and Christianity, use of Chinese energy symbols, etc. All this in reference to the functioning of the seven chakras which, according to traditional Hindu and Chinese medicine, are the entry and exit points for the energies of our body. However, the practice itself is neither fixed nor dogmatic, because each master must let his intuition speak in order to perform the "right" movements and has his own approach, which he adapts according to each person: he speaks or does not speak, starts with the eyes or the temples...

Nevertheless, we can nevertheless brush the course of a typical session as it is taught during the first initiation course. The "giver", sitting next to the "receiver", crosses his arms on his chest, hands flat on his heart, and concentrates. Then, starting from the head to the feet, he passes his hands three times a few centimeters above the receiver to make contact with his energy. Then he slowly slides one hand under his neck, the other under his head. Three minutes later, he gently removes one hand and covers one ear; removes the other hand and covers the other ear. Every three minutes, he will perform these same gestures on the temples, throat, heart, solar plexus, navel, thighs, knees, ankles, soles of the feet... The same operation is repeated for the back.

Finally, the practitioner proceeds to the treatment of the different parts of the body, with specific sequences of gestures for each physical or psychological problem to be solved. A complete session lasts between three quarters of an hour and one hour. 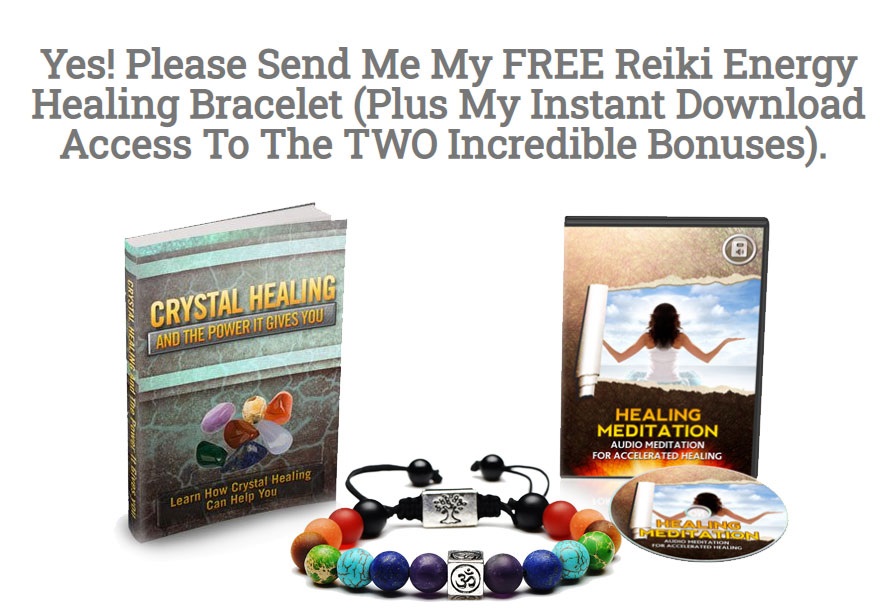 "Anyone who is skeptical can imagine that there is nothing more than the light touch of the therapist's hands on our body," says Jacqueline. I'm very pragmatic and I don't believe in these stories of personal or universal energy. But then I was forced to realize that the warmth radiating from this contact was not at all usual. It was much more intense. It was much more intense in my right knee, which was operated on ten years ago. The reiki practitioner didn't know anything about it. "

This unusual warmth, felt by both donor and recipient, is considered one of the "objective" realities of the technique. When you place your hand on a blocked area, you first feel a cold sensation," explains Unmani Finet, founder of the Akasha Institute. This means that this part of the body needs a much greater supply of energy. So you have to stay in the same position for five or six minutes to restore balance. "As far as our psychological problems are concerned, the reiki masters explain that there is nothing immaterial about our mind. It is a real energetic entity: a psychic block, a neurosis, a phobia, etc., are therefore energetic "nodes" that we can dissipate by "massaging" them.

But wouldn't reiki be a simple placebo effect, this purely unconscious psychological reaction that allows the body to heal itself as soon as we believe in the power of a treatment? "It's true that feeling human contact, letting yourself go in the hands of someone who cares for you, can cause considerable well-being, even trigger a healing process," explains Josette, a child psychologist who has been treated with this method. So how do you explain that this technique also works with animals? We could talk about "affective transfer", but what about plants, which seem to grow faster after a session of laying on of hands?

The problems that reiki poses to rational minds are such that many scientific experiments have been carried out in the United States, Germany or Japan. They show that, during a treatment with a traditional healer or a reiki therapist, physiological reactions actually occur in the patient... without any understanding of the cause.

Two advantages of the technique: the possibility of self-healing and the rapidity of the training. It is carried out in three or four levels, as long as you put the price on it: depending on the school, the first two seminars cost from 160$ to 300$; the third, to reach the status of "master" from 1000$ to 9000$ !

Disadvantage (of size): in recent years, the number of schools has multiplied, not counting private therapists. If all of them use the same bases, they have a different approach, or even ideology. Some are more pragmatic, others more spiritualist. Some speak of a simple path of personal development, others of a spiritual path. So, how do you choose a good therapist? To feeling!" answers Ronald Mary, author of "Reiki as seen by its practitioners" (Le Souffle d'or, 1997). You have to attend the information meetings, which therapists organize on a regular basis, to find out if one is right for you or not. »

Another problem: in their advertisements, most schools promise mountains and wonders. "We have to be wary of the marketing done around reiki, explains Richard Trotta (an independent master, he writes and publishes a newsletter, "Le Reiki entre nous"). The only healing we can talk about is spiritual and psychological, and it can be spectacular. But for me, reiki is deep relaxation, which simply helps prepare for healing and has nothing to do with the miracles that are too easily talked about. »

One of the great advantages of this technique is that it can be practiced as self-therapy, i.e. for oneself, every day and anywhere - at home, in the office, at the cinema, etc. The positions of the hands are more or less identical to those of a conventional session, with some variations.

Example: a little anxiety? Standing up, place one hand flat in the center of your chest, the other at the same level but in the back, on the spine, with the palm facing outwards. Held for five minutes, this position harmonizes cardiac function, stimulates the immune system and reduces anxiety. There are thus gestures for every little problem in life - coughs, flu, stomach aches, back pain, lack of confidence, stress, etc. - that you can do. Gestures so simple that they can be taught to children. 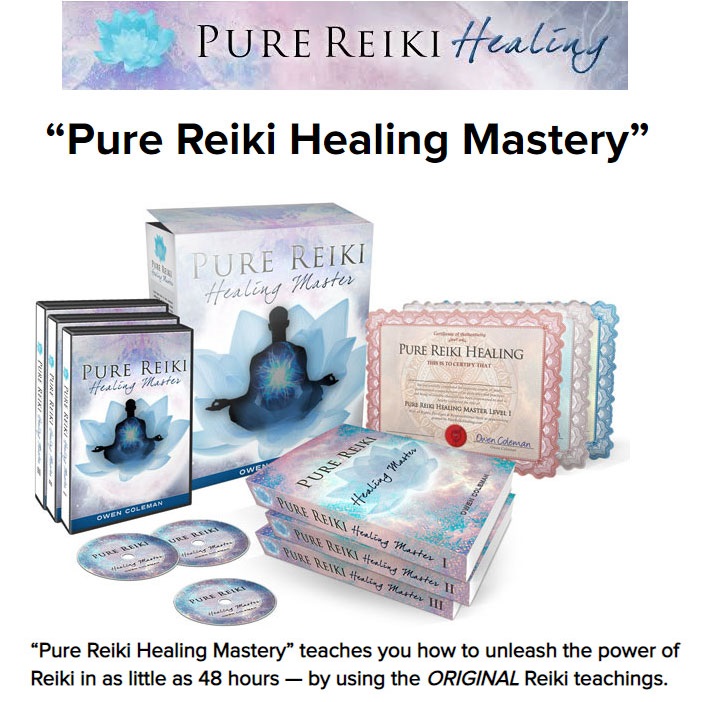