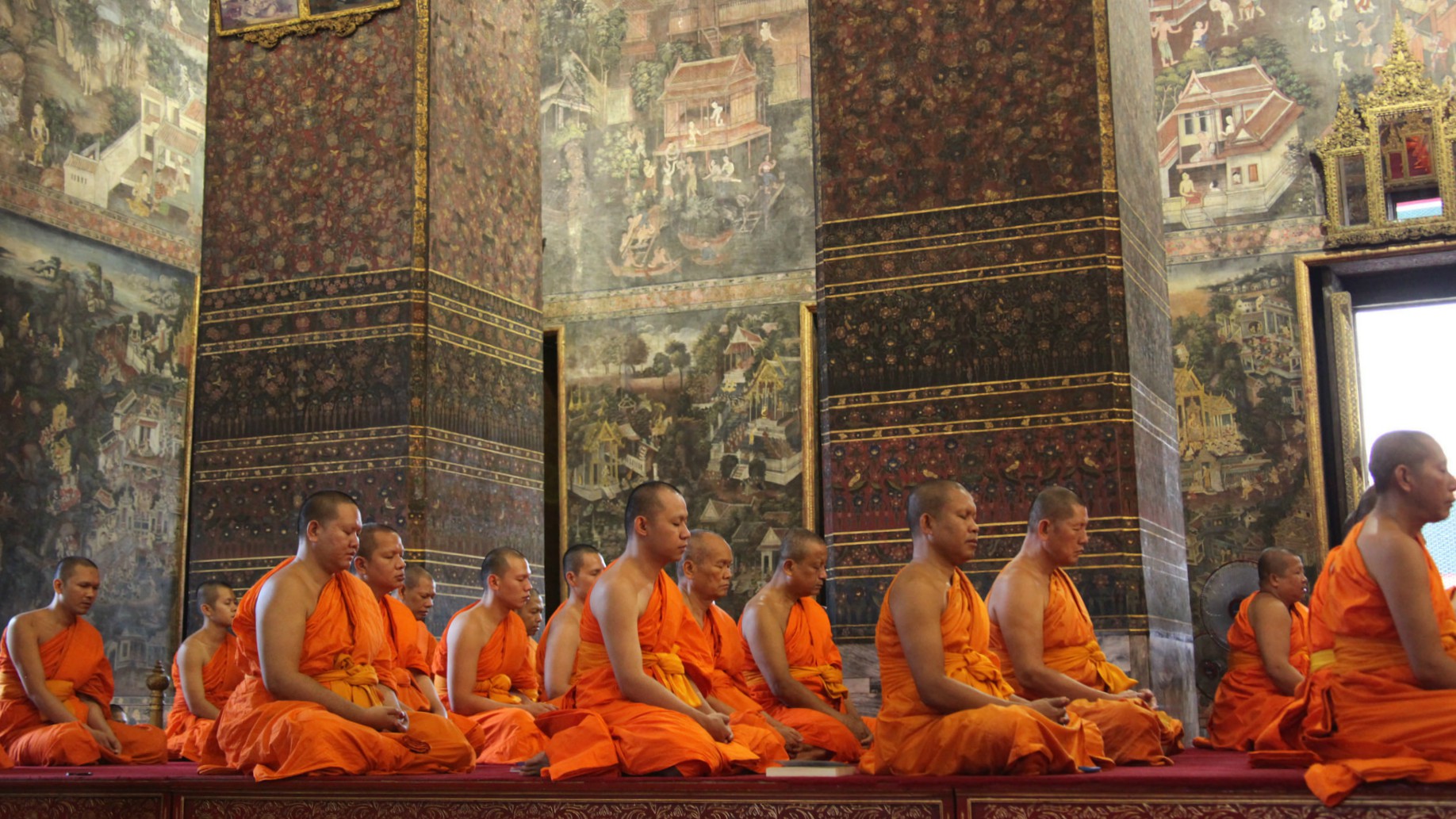 Buddhism is one of the world's largest religions in terms of socio-cultural influence, adherence and geographical distribution. It has existed for more than 2,500 years. In the past, it was mainly found in the eastern part of the world. But for some time now, the West has begun to appreciate it. The important elements of Buddhism are the manifestation of the existence of the Buddha, his teaching which is the Dharma and of Sangha, i.e. the order of monks.

The birth of Buddhism

Buddhism was born in 556 BC from the Julian calendar in India. Whether it is a philosophy, a practice or a religion, it is after two centuries later that it begins to spread. It was founded by Siddharta Gautama. Over the years, this religion developed in several countries, namely in almost the entire Asian continent. It is in the 19th century that Europeans began to take an interest in it. Then, it is especially in India that the teaching of Buddhism took shape and diversified.

Buddhism is at the same time a religion, a philosophy and a science. A religion because it is often about belief in God or not. For some, as in the West, there is a creator God who must be communicated to be saved. For others, there is none. A philosophy because to understand the world, one would have to use intelligence and reason. Finally, Buddhism is a science because it presents a research project. The field of study is the mind and the experiences of the mind.

The objectives of the practice of Buddhism

The main goal of Buddhism is to attain a supreme spiritual state. Through this practice, a person may be able to surpass himself or herself, be at peace with himself or herself, and be able to distinguish right from wrong. To surpass oneself, for example, the practice of Buddhist meditation encourages self-reflection or introspection. According to the Buddhist belief, it is quite possible to achieve this personal goal if one is at peace with one's consciousness. As far as the feeling side is concerned, emotion and moral awareness should not be neglected in this meditative practice.

According to the belief, the very goal of Buddhism is the cessation of suffering. The practice of meditation should lead to a state of cessation of this universal suffering called nirvana.

Concepts of Learning in Buddhism

One of the foundations of the Buddhist belief is that happiness cannot be built on wealth. Indeed, the Buddhist vision is based on stoic philosophy. It believes that wealth is not absolute.

The Buddha taught many things. Nevertheless, the fundamental concepts of Buddhism can be summarized by the Four Noble Truths and the Noble Eightfold Path. The first truth is that life is suffering. This means that pain is part of life. This suffering includes old age, illness and death. Everyone endures the psychological constraints of society on a daily basis and can only be completely free at the end of life. Indeed, according to their vision, as long as one is alive, one suffers. This is an indisputable fact that cannot be denied.

Buddhist philosophy also encourages positivism and avoids pessimism, this is the second truth. According to Buddhist monks, the pessimist expects things to be bad, whereas positivism or realism is so much to be appreciated. Moreover, knowing how to resign oneself is also a virtue in the Buddhist religion, it is precisely the third truth. Their learning is based on contentment and happiness. Man's only desire according to Buddhism is to want to continue to exist, to continue to love and to continue to appreciate the world around him. This is the only Buddhist concept that creates an energy powerful enough to be reborn again. Finally, the last truth concerns the noble eightfold path which is the path to the end of suffering.

Practical methods to become a Buddha

During his lifetime, Buddha taught more than 80,000 methods for many people to become a Buddhist. Each person has the right to choose the technique that is most appropriate for him or her. All that is needed is to select one's master carefully. The first method is Ayana, which consists of observing and meditating in order to correct errors and defects. It also allows to determine the origin of something. Among the methods of the Buddha, it is also essential not to be too attached to wealth and things useless for the afterlife. Then, it should not be neglected that the human body contains dirt. One should not be attached to it either. Besides, at death it is only the spirit that goes to the afterlife. The body becomes a skeleton and then dust.

Moreover, if one wishes to become a Buddha, one should meditate on the mind. The mind can change quickly depending on the situation. It can be sad, calm, tormented, generous or selfish. The Buddhist religion asks its adherents to always be generous and have a good heart. Selfishness and ego have no place in this religion. One must always think of others, help them in difficult times.

Also, there are still other methods of the Buddha that one can use to become a Buddhist. One quotes the Anapanasati which consists in mastering feelings and emotions by concentrating on breathing. Then one must recite the Sutras which are collections of the Buddha's Teaching and the Dhâranis which are magical formulas. Do not forget to meditate on a Buddhist theme, such as the Four Noble Truths or the chain of 12 cause and effect relationships.

The Four Truths of Suffering in Buddhism

In the Buddhist religion, every person must know the four truths of suffering in order to always move forward in life. The first truth defines that all existence is suffering. Everything that happens in life is suffering, namely illness, death, old age, cohabitation with the undesirable, separation from the desirable, failure to obtain what one desires, and much more. But this does not mean giving up and feeling sorry for yourself. It is necessary to accept it and even understand it in order to live decently. This is the first key in the process of growth. The origin of suffering is desire. This is the second truth. Anyone who desires many things can suffer if he cannot receive them. This even leads to attachment, envy, feelings of lack and envy. These are not good for the mind.

The third truth is that suffering can disappear. Indeed, it is quite possible to avoid pain in a concrete way by treating the cause, purifying oneself and practicing meditation. Purification is important in order to be able to concentrate. It is necessary to be able to meditate and develop wisdom. By obtaining the latter, one can be sure not to suffer. One can also avoid all situations that cause suffering.

In the fourth truth, it is necessary to practice the noble eightfold path to remove the cause of suffering. One can eliminate all worries and misfortunes if one is able to put into practice this principle stated by Buddha. On the other hand, it requires the daily application of some important principles. In this case, it will be true universal happiness and no longer a relative and temporary happiness.

What is the Noble Eightfold Path?

The Noble Eightfold Path is a rule given by the Buddha to apply each method mentioned above. In this rule, it is necessary to have a right conception or understanding which consists in interpreting the four noble truths from the understanding of dissatisfaction through impermanence to the emptiness of all things. Then it is necessary to have a right thought that avoids jealousy, hatred and cruelty. To have these cannot be worthy of being a Buddhist person. What religion requires is to have a very open mind. Then, one must also have a right word. In this rule, one must refrain from telling lies, coarseness, and abusive speech.

Apart from these, in the Noble Eightfold Path of Buddhism, it is imperative to do right actions. Indeed, one must always act in accordance with one's convictions in respect of others and oneself. One must never create suffering either for oneself or for others. But that's not all, one must always make efforts in everything one undertakes: developing what is favorable and overcoming what is not. In the field of work, the means used to earn a living must be fair, dignified and totally honest while respecting the environment and others.

Finally, to have the right attention and conscience is also part of this Noble Eightfold Path. In the latter, "right" means good for oneself and for others in accordance with the Dharma, the truth.

The morality taught by the Buddha in the Buddhist religion

In his teachings, the Buddha speaks especially about the good conduct of monks and lay people in social life. There are virtues that every Buddhist person should possess, such as bringing joy to others with willpower and kindness. Then, in the Buddhist religion, one must have compassion and always save others from their misfortunes and suffering. When helping others, one must do it with the heart and not with hypocrisy. Hypocrisy must not be found in this belief. Once loved ones or those around them get out of their problems, one should rejoice for them and not be jealous. Moreover, according to Buddha, one should avoid boasting about what one has done for others. It must remain for oneself and God. Moreover, in the Buddhist religion, each person must imperatively respect the Five Precepts. These are not to kill, not to steal, not to commit adultery, not to lie, and not to consume alcoholic beverages or drugs.

For information, it is essential to know that the Buddha also taught that human beings have no souls. The individual or ego is just an illusion. For Buddhists, there is no God or Jesus Christ. There is only the supreme state of being, a state of pure existence called Nirvana. According to the Buddha, one would have to reach it to prepare for death.

The Buddha is a person full of wisdom. From his personal experience and the trials he has gone through, he teaches all people who want to convert to Buddhism all the right methods. He guarantees that by following the path he has taken, everyone can become a Buddha.

The belief of Buddhism holds that there is no God who created the world. According to this religion, the world has evolved and functions according to a law. This is why one should never think only of oneself as in Hinduism. Buddhism encourages everyone to consider others, to help them in times of need and to support them. Selfishness must never be placed in this belief. It is necessary to note that Buddhism is not strictly speaking a religion because it is not interested in the question of God.

It must be said that there are still some Buddhists who believe in one or more gods. But that is not the most important thing. The Buddha's conception of the world is very much like a cage. It's a place where you don't know whether it will end or not. Below is the world of desire where all the beings who live there are subject to the mutual attraction of the sexes. On the other hand, there are Men living in perfect happiness and total idleness, without any problem and without any pain. In celestial palaces there are gods of the world of desire.