The History Of Buddhism 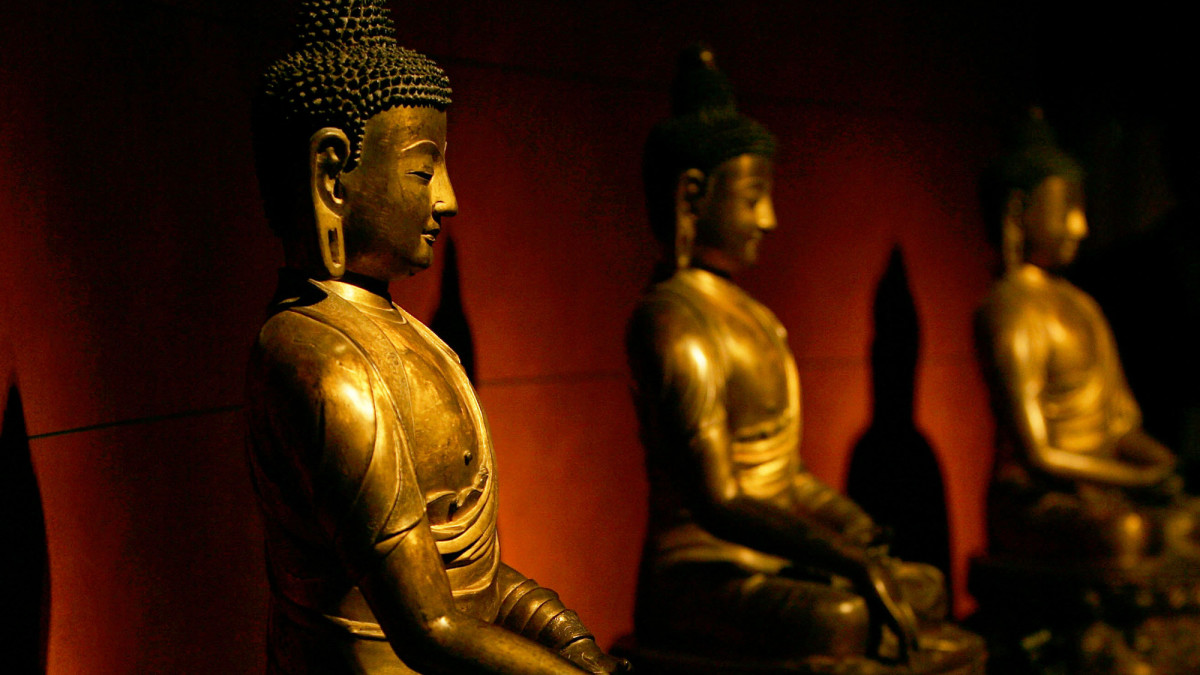 The History Of Buddhism

Buddhism is one of the greatest religions in the world. In it, ethics is based on the fact that the actions of the body, speech and mind have consequences for others and for oneself. Buddhism presents a set of meditative practices, religious rituals, ethical practices and various theories. In this article, the history of Buddhism will be presented.

The Origins of Buddhism

Buddhism was born in North India at the end of the 6th century, more precisely in the middle Ganges valley. Its foundation is attributed to a prince of a royal family of Nepal called Siddhartha Gautama. He is known to all by the name of Buddha.

After discovering the miseries of the human condition, he decided to leave everything to devote himself to the ascetic life. He taught men the way to escape suffering and reach Nirvana, namely paradise. As a result of his multiple meditations, he has a revelation or enlightenment. For forty-five years, the Buddha continued his ministry, traveling incessantly and preaching in the major cities east of the Ganges.

The Buddha organized his community of wandering monks called the Sangha. After his death around 480 B.C., Buddhist communities were formed and monasteries were established. In India, the majority of places associated with the Buddha are pilgrimage centers for Buddhists.

Over time, Buddhism has taken many different forms. The closest to the original doctrine is the small vehicle. This form established itself little by little from Ceylon through Burma and Indonesia to Laos. According to this small vehicle, there is no god. After the disappearance of this one, another way leads Buddhism through Mongolia to China and Vietnam. The form it takes in these countries is the large vehicle. According to the latter, there will be other Buddhas. Finally, the third form of Buddhism is the Diamond Vehicle whose Head is the Dalai Lama.

The life and youth of the Buddha

The Buddha is a historical figure. He was able to acquire the devotion of a large population in the world. Thanks to his multiple miracles, Prince Siddhartha, which means the one who accomplishes his goals, began his works around 563 BC. His father belonged to the warrior class. He belonged to a noble family.

His patriarch was the head of the Cakya clan, hence the name Sakyamuni translated and nicknamed as the loner of the Cakya family. Their family name is Gautama, because they were of the Gotamid race. Siddhartha was raised as a warrior, but not as a philosopher or a great thinker. His father was careful not to let him leave their domain. Indeed, some Brahmins would have predicted that he would run away once he became aware of old age, sickness, death and the existence of the arhats.

Buddha lived during his youth in the nobility and lust of palaces. He had a wife and a child. Then he met in the royal garden an old man, then a sick man, and finally a yogi. This took away all satisfaction from him and made him aware of the suffering of the world. Because of this, Buddha began to reflect on human conditions. He suffered more and more from seeing and observing the misfortunes of those around him. The suffering and pain of the world had convinced him to consecrate and even sacrifice his life for others. At that time, he was barely 29 years old.

The beginning of Buddha's enlightenment and teaching

After this spiritual awakening from the harsh reality of the world, Buddha abandoned his wife and son and began to educate and meditate. For six years, under the guidance of two yoga masters, he performed the hardest exercises and became a monk. But this ascetic life did not satisfy him and the deprivations almost killed him. He finally fainted. It is said that a woman saved him from death by giving him milk and honey. His disciples, five in number, took him away from him and followed him because of perjury. The monks believe that contact with a woman and these foods had made him unclean. He had become an untouchable.

Buddha continued to teach from village to village. He often taught the villagers the results of his meditations. More and more of the people who follow him are interested in his advice. Everyone he came into contact with was amazed and impressed by his way of expressing himself, by his face and by his gestural ways of communicating. He communicates with others in a very joyful way with a childlike smile.

His expression enlightened his disciples. They firmly believed that his image reflected the serenity and humility of the soul. While his gestures reflected his modesty and honesty. None of Buddha's movements and expressions express coercion, violence, desire and instability. All his behaviors were perfectly simple, selfless and understanding.

Buddha was famous for his attitude of total detachment from the perversion of the world and human beings. People followed him because he did not inflict any pressure or penance on anyone. All he did was to ascend the path of wisdom and good behavior. For many years, Buddha inflicted painful self-relevance on himself without attaining absolute truth. However, one day he decided to sit above a fig tree to meditate. He made a promise to stay under the tree until he found spiritual elimination.

He declared that even if his body withered, he would not move above the tree until he had penetrated the supreme science. This shows Buddha's perseverance in achieving his ultimate goal of enlightenment and enlightenment. He then immersed himself in deep meditation. This search for truth lasted seven weeks. He peacefully contemplated the functioning of his mind and discovered its characteristics and laws. Knowing thus the causes of unhappiness and suffering, he freed himself from them and attained enlightenment on the last eve of the night. The liberating enlightenment opened his mind.

The dogmas of Buddhism

The dogmas of Buddhism called theravada are largely borrowed from Brahmanic philosophy. They affirm the eternity of elemental matter which combines and recombines indefinitely according to a fatal law. They are characters of the irrefutable. These dogmas are the belief in rebirth, the belief in Nirvana, the belief that the world is an illusion, the belief that suffering is born out of envy, and the belief that Siddhartha historically existed. He is the greatest man who ever existed, for he meditated at length. This man is nicknamed Buddha because he attained enlightenment.

The elements that make up the dogmas of Buddhism are the precepts, the noble eightfold path, the four noble truths and the transcendental virtues. First of all, as far as Buddha's precepts are concerned, they teach all Buddhists not to kill living beings, not to steal, not to commit adultery or sexual misconduct, not to lie and not to get drunk. Then, with regard to the four noble truths, they are the Dukkha, Samudaya, Nirodha and Marga. The first truth refers to the fact that all existence in itself is unsatisfactory. Everyone without exception experiences suffering in life.

Even the person with the fewest problems experiences suffering. Therefore, happiness is never complete since suffering is constantly present. In the second truth, we see that all suffering comes from attachment, ignorance and desire. All the things we desire often generate dissatisfaction and thus unhappiness. Then, in the third truth, we announce that suffering can be eliminated. In this way, pain can be overcome by completely eliminating the desire and attachment inherent in all existence.

To do this, one should carry out a work of introspection through meditation to find the origin of suffering. Finally, for the fourth noble truth, it is the noble eightfold path represented by right understanding, right speech, right action, right lifestyle, right effort, right attention and right concentration. On the other hand, in the transcendental virtues, one must practice almsgiving, perfect morality, patience, kindness and charity.

In addition, in the dogmas of Buddhism there is the universal benevolence developed through the practice of meditation, the compassion that is born from the encounter with the benevolence and suffering of others, and the sympathetic joy of rejoicing in the happiness of others. Equanimity or tranquility, which goes beyond compassion and sympathetic joy, is a state of peace in the face of any circumstance, whether happy, sad or indifferent.

According to Buddha's teachings, one who has followed these dogmas to the letter has the possibility of achieving perfection, Nirvana and happiness. He can thus become a bodhisattva. The Buddha explains Nirvana as a state devoid of desire and suffering. It leads to the path of final deliverance. Nirvana should not be confused with any Christian paradise. It is not a place one goes to or a place one continues to exist after death, but a mental state. It is peace of mind, happiness.

Nirvana can also be seen as an absolute awareness of the totality of phenomena, which generates a state of ultimate and endless fulfillment. In any case, this state puts an end to the cycle of reincarnations in Buddhism. When a Buddha dies, he remains in a state of nirvana and is no longer reborn because he has freed himself from the infinite cycle of births and rebirths. Before dying, Buddha said that it is possible for everyone to attain Nirvana. It is enough to observe the elements that can cause suffering and to avoid them.

The distribution of the Buddhist doctrine

After long teachings from village to village, Buddha returned to Bernes to join the monks he had left months before. He spoke to them about the Eight Truths, including the Middle Way, the Noble Eightfold Way, and the Four Holy Truths. After some demonstrations and explanations, many monks and wealthy merchants followed the Buddha's teaching and trained his disciples. The latter walked with their master in all towns and villages to comfort the miserable and unhappy. They taught the people they met to know how to live righteously. They advised and guided those people in the right path and revealed the truth to them.

Towards the end of the sixth century B.C., Buddhist doctrine spread throughout India. An exceptional being had found the pillar of happiness and had overcome the stages of human suffering. He had been able to find light in the darkness and darkness of the world. He is called Buddha, which means the enlightened one.

Nowadays, a large part of Eastern countries integrate Buddhism as a movement of thought, but not a religion. No learning or text in Buddhism describes Buddha as a God. He is a mortal who has found enlightenment of thought and has shared these truths and awakenings with his fellow man. Buddhism teaches the good way of life in everyday life and the best way to meditate on oneself and the world. Several Buddhist precepts guide disciples and followers in their daily lives. These precepts prohibit evil actions such as killing, stealing, lying, committing unclean acts, and drinking intoxicating drinks.