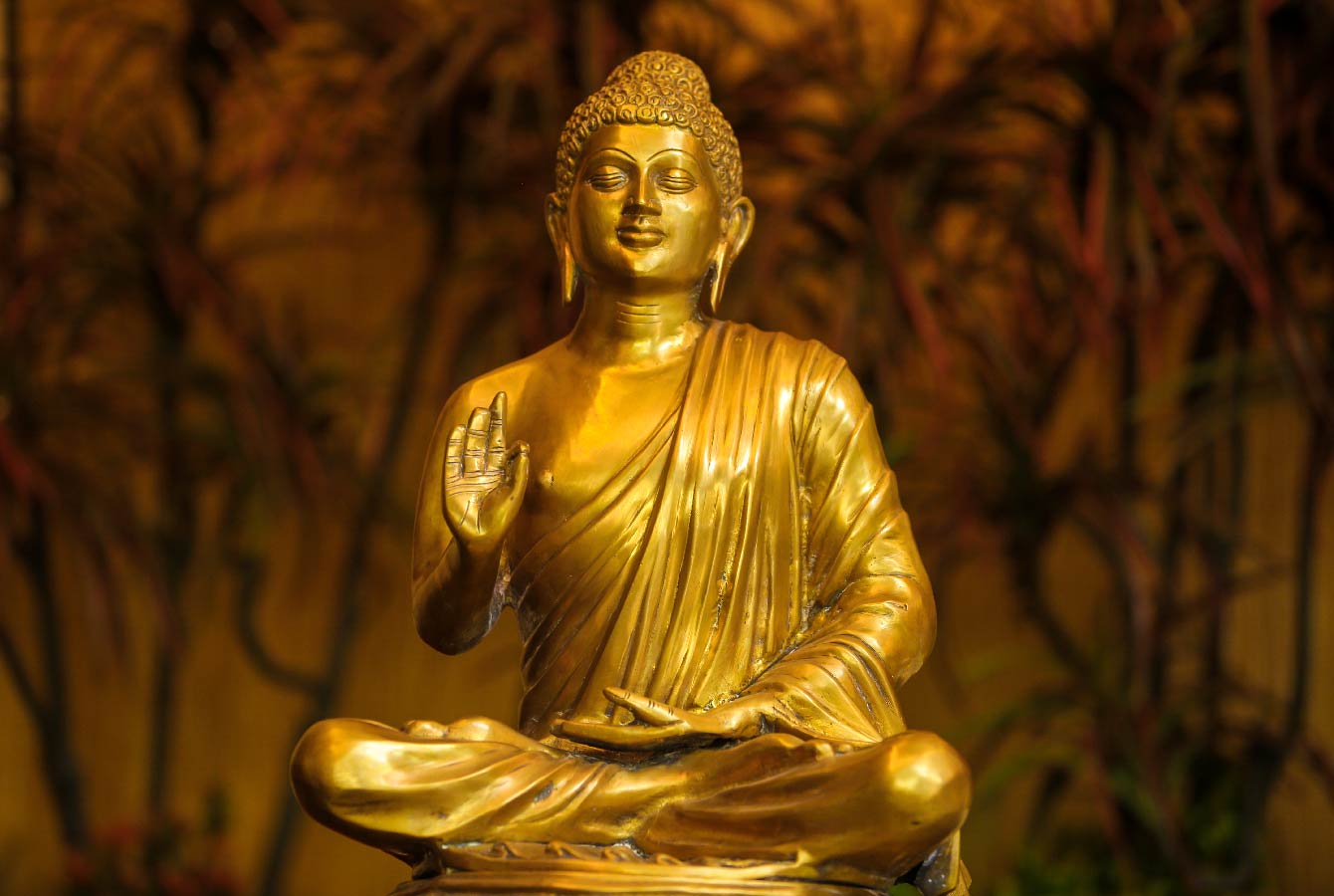 Buddhism is the religion that developed from the teachings of the Buddha. The latter is a teacher who lived in North India before the common era. The ancient Buddhist scriptures and doctrine developed in several closely related literary languages of ancient India, especially Pali and Sanskrit.

About the Founder of Buddhism

The founder of Buddhism was Buddha Shakyamuni who lived and taught in India about two thousand five hundred years ago. Since then, millions of people around the world have decided to follow the pure spiritual path he revealed. The Buddhist way of life of peace, kindness and wisdom is just as relevant today as it was in ancient India. Buddha explained that all our problems and sufferings come from confused and negative states of mind, and all our happiness and good fortune come from peaceful and positive states of mind.

In fact, Buddha taught methods to gradually overcome our negative minds such as anger, jealousy and ignorance, which only make us unhappy. And he also aims to develop positive minds such as love, compassion and wisdom within us. These are the ones that can make us happy in life.

It is through the methods he teaches that we will experience lasting peace and happiness. Know that these techniques work for anyone, in any country, regardless of your age or situation. You can experience this true inner happiness and witness it for yourself. Once you have experienced it, you will not stop yourself from sharing it with your loved ones and everyone else, so that they too can enjoy the same benefits.

Meditation is at the heart of the Buddhist way of life. When it comes to Buddhism, most people reflect most of the time in meditation. Indeed, it is essentially a method to understand and work on our own mind. We first learn to identify our different negative mental states known as "delusions", and learn to develop peaceful and positive mental states or "virtuous minds".

During meditation, therefore, we are invited to overcome our delusions by becoming familiar with virtuous spirits. This concentration also helps us to maintain the virtuous minds we have developed and to use our wisdom to solve the problems of daily life. As our minds become more positive, our actions also become more constructive and our life experience becomes more satisfying and beneficial to others.

It should be emphasized that this practice is only practiced by Buddhists. In fact, other philosophies and other arts practice it as well. In short, anyone can learn basic meditation techniques and benefit greatly from them.

In order to understand Buddhism, there is certain basic knowledge, such as rebirth and karma, that you need to know. To go further, it is important to clarify these points.

Contrary to what is accepted in contemporary society, the Buddhist interpretation of karma does not refer to a predestined destiny. On the contrary, karma refers to the good or bad deeds that a person undertakes in the course of his or her life.

The weight of actions is determined by five conditions:

• frequent and repetitive action ;
• determined and intentional action ;
• action accomplished without regret;
• action against extraordinary people;
• and action towards those who have helped someone in the past.

Finally, there is also neutral karma, which arises from acts such as breathing, eating or sleeping. Neutral karma has neither benefits nor costs.

The cycle of rebirth

Karma is played out in the Buddhist cycle of rebirth. There are six distinct planes in which all living beings can be reborn:

Those who have positive and favorable karma are reborn in one of the happy kingdoms:

In the same way, there are the inhabitants of the three unfortunate kingdoms, those

These people suffer unspeakable suffering, but the suffering of the kingdom of man is far less.

The kingdom of man also offers another aspect that is missing in the other five planes, an opportunity to attain enlightenment, or Nirvana. Given the number of living beings, being born human is for Buddhists a precious opportunity for spiritual happiness, a rarity that should not be foregone.