Pilates : What's the difference with yoga 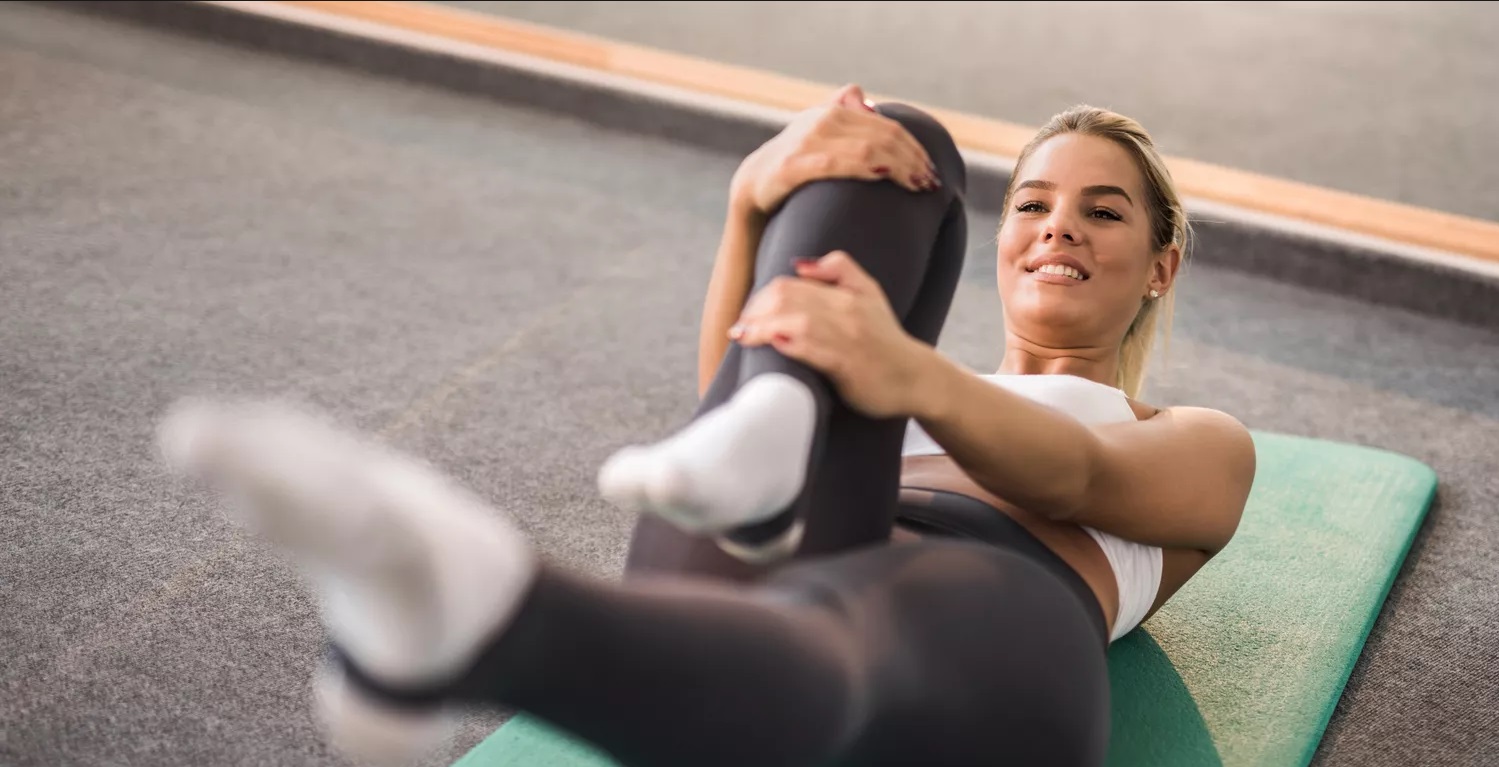 Pilates : What's the difference with yoga

There are some things you should not tell your yoga teacher. For example, "I just swallowed a Macdo just before class" or "I'm not flexible enough to take up yoga". But there's one that contributes perhaps even more to making them bristle: "Anyway, Yoga and Pilates are kind of the same thing, aren't they? ». Yoga and Pilates are two activities that are often compared. However, they are both quite different. And if you say this sentence in front of your yoga teacher, you will certainly see him or her making big eyes.

But then, how do you know what makes these two practices different? Rest assured, on Beginner Yoga, there is no taboo subject. So let's discover together what Pilates is and how it looks or doesn't look like yoga. This will make it easier for you to choose the activity that suits you best. Let's get started!

What is the Pilates method?

The Pilates method is more often referred to as "Pilates". It is a kind of gentle gymnastics that combines movement and breathing. Now you're going to tell me that it really makes you think of yoga. And you're right. But it doesn't quite sound like it. Indeed, for this practice, the inventor of Pilates was inspired by yoga, it's true. However, he was also inspired by gymnastics and dance.

Pilates is therefore above all a physical activity. Nevertheless, its goal is not to help people lose weight. It consists above all in strengthening and developing muscles in a harmonious way. In fact, in class, one spends as much time working the leg muscles as the arm muscles, for example. In addition, each series of exercises will work the body as a whole. This promotes symmetry and prevents the body from becoming unbalanced. You may sometimes see athletes who are very developed in their arms and shoulders, but have very thin legs? That's what Pilates wants to banish!

In Pilates, we work the body in depth with different principles such as concentration, breathing and attention. It is often said that Pilates works from the inside out. This means that you first strengthen the deep muscles called "core" or "center" in order to gradually build up the muscles of the whole body. This work makes it possible to practice without injury. Indeed, by strengthening the deepest muscles, especially in the trunk and spine, you protect the rest of the body.

Furthermore, Pilates is generally practiced on the floor on thick mats. During the sessions, various machines and tools are used, such as large balls, elastics and springs. The goal of Pilates exercises is often to train imbalances that force the body to use specific muscles to stabilize itself.

As you will see, Pilates is open to everyone because it is a gentle method. However, the practice is quite intense when you start. By working muscles that you are not used to mobilizing, you will certainly feel aches and pains after your sessions. The work is done gently but also in depth. This is what makes this method so effective.

The creator of this method is Joseph Pilates. He was born in Düsseldorf, Germany in 1883.

Joseph Pilates was for a long time a child of fragile health. He suffered from many illnesses (asthma, rickets, rheumatic fever) and also had a malformation of the thorax. Passionate about the human body, Joseph Pilates nevertheless began studying anatomy and movement as a child. He then began martial arts, yoga, boxing and developed at the age of 14 an impressive stature and strength despite his state of health. By dint of willpower, he became a great sportsman and his reputation quickly spread throughout Germany. A few years later, he became a trainer and decided to devote his life to sport, the human body and well-being.

His goal was above all to develop the body while respecting it. To do this, he wanted to use exercises that rectified bad postures. Thus, Joseph Pilates drew on his experience to develop a new type of training that was called contrology at the time. He then listed several series of exercises (about 500) that gave the content of his method. Then, Joseph created in parallel equipment and apparatus to practice his method. Among the best known today are the Reformer and the Cadillac.

From Germany to the USA, a dazzling success!

In 1923, Joseph Pilates moved to New York with his wife Clara. She also contributed to the development of the Pilates method. They opened a gym on 8th Avenue that attracted many athletes, celebrities and stay-at-home mothers. Gentle, fun and very effective, the Pilates method has been so successful that it has since spread all over the world.

As a result, thousands of people have wanted to discover this method and train in it. However, Joseph and Clara have always insisted on providing personalized teaching to each person. As a result, years later, it can be said that there is not one single Pilates method but various currents that coexist. Furthermore, if Joseph Pilates was constantly looking for ways to improve his method, the same can be said for his students. They naturally make the practice evolve over the years. Joseph Pilates passed away in 1967 at the age of 83. 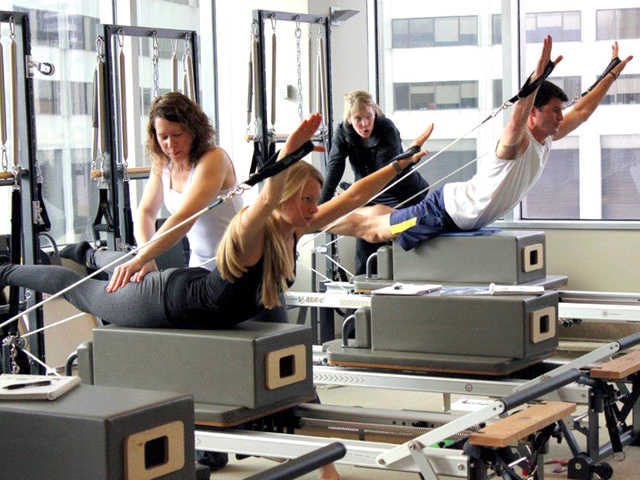 What are the principles of the Pilates method?

Pilates has 6 main principles established by its creator. Thus, even if the various schools diverge on certain points, these principles constitute the soul of this activity. They are as follows:

- Concentration: being focused on the movement allows you to be more precise and to make it more efficient. This also allows you to forget your daily routine and to relax during the sessions.
- Breathing: In Pilates, each exercise is linked to the breath. Joseph Pilates felt that it was essential to learn to breathe well in order to accompany the movement in the right way. Breathing is the most natural thing in the world, yet we generally don't know how to do it effectively.
- Control: If the movement is performed with control, the body will work all the more. There can be a lot of intensity in the slowness and precision. You'll see this when you test a class...
- Center: The center of the body was essential for Joseph Pilates. It had to be toned as a priority, especially in order to keep a healthy spine. Back pain being the ailment of the century, the Pilates method is an excellent way to remedy it.
- Clarification: In Pilates, every movement must be thought out. You must lengthen and stretch your muscles as much as possible, relax what can be relaxed, grow and follow through with each gesture. For this, we will agree, postural yoga has the same principles. It is this precision that allows Pilates to be so beneficial.
- Fluidity of movement: by combining movement with breath, we find a certain fluidity in the practice of Pilates. As in Vinyasa yoga, breathing in accompanies one movement or stretch, breathing out accompanies another. Moreover, this gives a more natural effect to the gestures performed during the session. There are no jerks or violent movements: everything is done with fluidity.

What are the benefits of Pilates?

The practice of the Pilates method is open to everyone. From the youngest to the oldest, men or women, athletes or not... Indeed, one of the common points that this activity has with yoga is that it is ideal for taking care of your body. In other words, Pilates helps counter the harmful effects of our sedentary lives.

So, after spending hours in front of your computer, you can take a moment during your sessions to gently awaken your body, release its tensions and regenerate it. Practicing Pilates on a regular basis will also allow you to adopt a better daily posture.

In addition, the Pilates method helps to limit the effects of aging. It is therefore all the more useful from a certain age. You will thus be able to maintain your balance, tone and joint mobility.

Furthermore, for pregnant women, Pilates can help relieve back and balance problems related to weight change and abdominal transformation. Postnatally, it also helps to regain tone in the perineum and to regain contact with your abdominal muscles.

In addition, by combining movement with breathing, your Pilates class will also help you reduce stress and calm your mind. A bit like yoga...

Finally, the Pilates method is often recommended by physiotherapists for rehabilitation purposes. In particular, it allows the body to recover more quickly from an injury or an operation. This, thanks to a work of the muscles in depth, without forcing. Pilates is also very beneficial as a complement to other sports. This is why many athletes use it to improve their performance, avoid injuries and reduce pain. 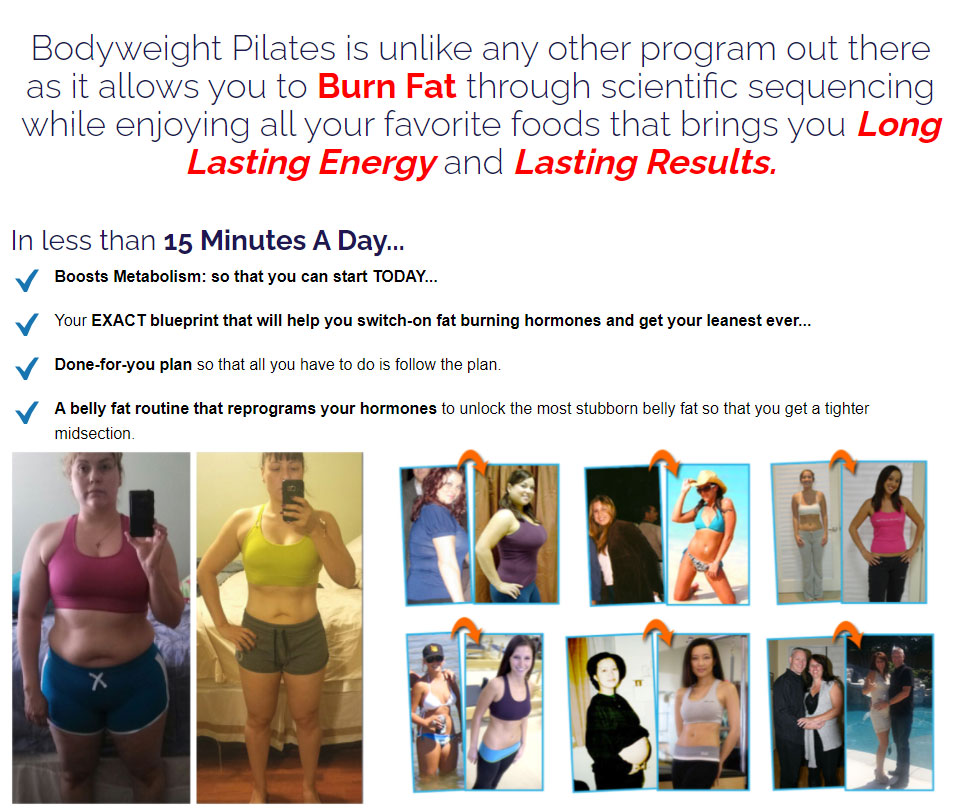 Yoga and Pilates: what are the differences?

So here we are... After learning all these things about Pilates, you may be wondering what makes it so different from Yoga.

It's true that at first glance, these two practices are a little bit similar. They promote relaxation, balance and muscle strengthening. We tend to get lost when we don't know much about one or the other. And to make matters worse, you'll find that a multitude of yoga studios offer Pilates classes!

However, there are many differences between yoga and Pilates. Purists will even tell you that the two practices have absolutely nothing to do with each other. Well, let's take a closer look...

Yoga is above all a millennial practice and a philosophy of life that goes far beyond the postures. Indeed, yoga is also played outside the mat and it is undoubtedly the most important part of this discipline. The goal of yoga is not to progress on one's body nor to develop one's muscles. It is above all to develop oneself inwardly, although this can be done by working on the body and the breath. As you will see, most yoga classes offer a meditation part and some have a spiritual dimension.

If you hesitate between Pilates and Yoga, it's probably because you want to practice a gentle activity, without big impact, which will do you good. Here you can find your happiness with yoga AND Pilates.

However, the spiritual and meditative dimension of yoga could sometimes frighten you. In this case, don't hesitate to turn to practices where it is not present or not very present such as Iyengar yoga or aerial yoga for example.

Pilates is often considered a method of muscle strengthening. Its goal is to gently strengthen the body, to recover from an injury or to develop muscles in a harmonious way. However, while yoga offers similar effects, it is not its primary goal.

Furthermore, it is important to know that Pilates was inspired by yoga. You will therefore find the same principle of working on both body and mind. It is certain that you will never find yourself in a suit to meditate during a Pilates session. On the other hand, you will certainly have some relaxation time at the end of the class. Moreover, the work of the breath allows you to breathe a real well-being throughout the session. You will come out of it relaxed!

One of the major differences between Pilates and yoga lies in the type of exercises and the way they are practiced. For example, Pilates consists of movements to be performed in series as in fitness. You practice the same exercise several times and sometimes stop to rest. This principle of repetition of the same gesture does not exist in yoga. There is always a fluid sequence without having more than 2 or 3 repetitions of a movement in a row. On the other hand, there is often a sequence that works one side of the body and then the other side. This principle will be found in Pilates. 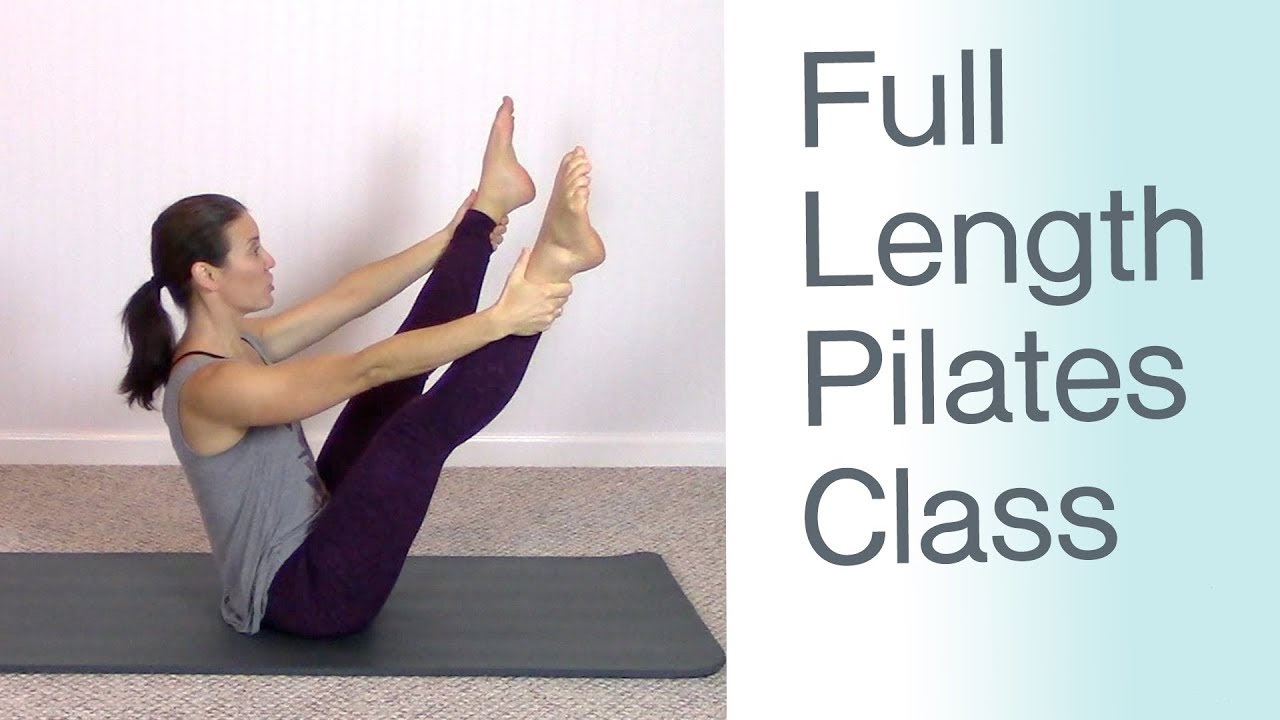