What is meditation good for 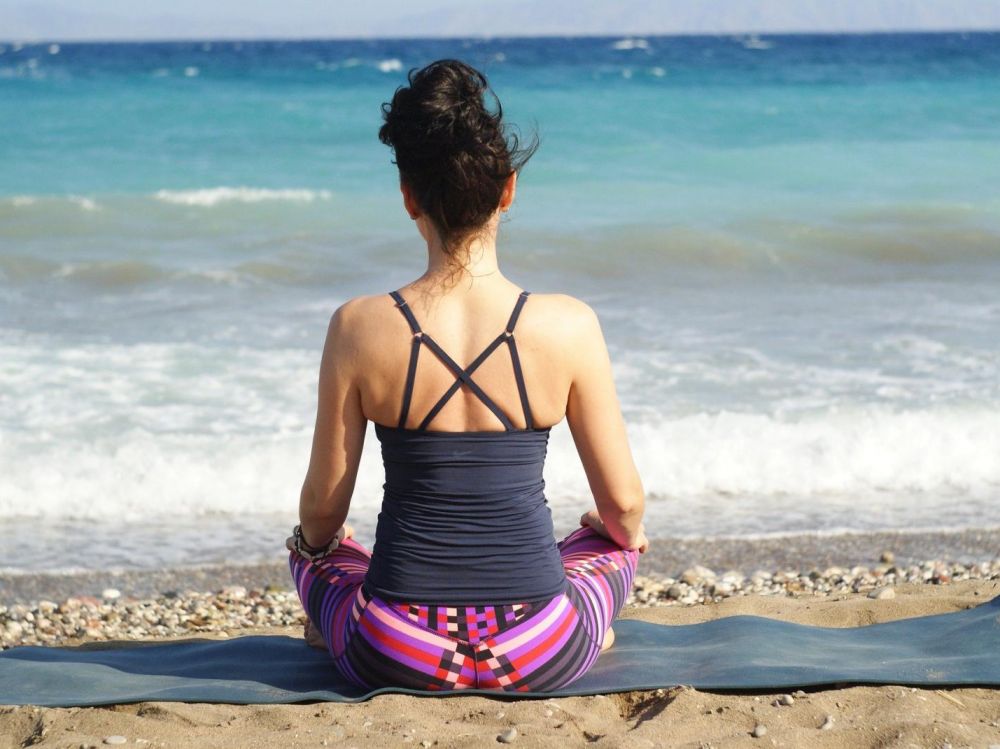 What is meditation good for

Meditation is a mind-training practice that promotes mental well-being. In this fact sheet, you will discover what meditation is, its main principles, its history, the different types of meditation, its benefits, some practical advice, and finally the opinion of a specialist.

From the Latin "Meditare" which means "to contemplate", meditation is a practice that consists of training the mind to free itself from negative and harmful thoughts. Obviously, many thoughts are useful for managing one's life or solving practical problems. However, mental mechanisms are such that they constantly produce thoughts that are often harmful. The goal of meditation is therefore to make these thoughts no longer have control over us, and to free us from the negative ruminations that prevent us from moving forward in our lives.

To meditate is therefore to use certain techniques of concentration and relaxation in order to concentrate on oneself and thus silence one's inner hubbub. It is a break in our stressful and noisy daily life with its infernal and too fast rhythm: it is to be able to settle down, stop and observe what is happening inside us...

The practice of meditation is primarily about practicing how to maintain one's attention and prevent one's mind from being carried away by thoughts that keep popping up. However, it is not a warlike activity where you have to fight against thoughts. Rather, it is a "soft will" activity. It is an activity of letting go where we accept that thoughts are passing by, like clouds or the horses on a carousel, without being captivated by them.

Meditation is also a spiritual practice, in fact, many people say that meditation serves above all to be truly in contact with oneself and ultimately with "the whole universe".

The different types of meditation

Mindfulness Meditation
Mindfulness meditation is the approach used in the stress reduction workshops designed by Jon Kabat-Zinn. There are also groups that form around experienced practitioners, mostly inspired by the Vietnamese Buddhist monk Thich Nhat Hanh who adapted the teachings of Chinese Zen (more flexible than zazen) for the West. The program of meetings may vary from one group to another.

Transcendental Meditation
Based on the Vedic tradition of India, the technique (with mantra) of transcendental meditation was adapted by Maharishi Mahesh Yogi. It was strongly popularized by the Beatles in the late 1960s. It is taught over 4 consecutive days for a substantial fee.

Vipassana
Traditional Buddhist practice, kept alive especially in Burma and spread in the West by S.N. Goenka and his disciples. Vipassana is an ascetic practice (based on the continuous observation of breathing and body sensations), in a very structured context. To be initiated into it, one must first register for a 10-day retreat. Afterwards, other retreats are offered (3, 10 or 30 days). There are no weekly practice groups.

Zazen
Strict practice of Zen (fusion of Buddhism and Taoism) as it developed in Japan within the lineages of masters. Zazen is practiced in a fairly ritualized context: the relationship with the master is important. Because of the discipline required, it is not suitable for everyone. The different centers offer both weekly meetings and retreats (called sesshins).

The benefits of meditation

Increase the occurrence of positive sensations

More "positive" feelings. When we experience positive feelings (joy, curiosity, enthusiasm, pride, etc.), electrical activity is predominant in a specific area of the brain (the left prefrontal cortex). A study using magnetic resonance imaging found that this area is particularly active during meditation. According to the researchers, it is possible that meditation promotes brain activity in areas associated with positive feelings while inhibiting those associated with anxiety and negative feelings. They hypothesize that this may ultimately affect temperament and make it more "positive.

In 2008, 2 reviews on the effectiveness of meditation in the treatment of chronic pain in the elderly were published. The conclusions of these reviews suggest that meditation can be an intervention that helps reduce chronic pain overall. However, since it is often accompanied by other treatments and therapies, its specific effectiveness is not clearly established.

The practice of meditation would allow one to remain long and effectively focused on a task or problem to be solved. When a person is highly focused, their gamma frequency brain waves synchronize and amplify naturally. But these periods rarely last more than 1 second at a time. Researchers have found that people who have been meditating for a long time can make them last several minutes.

Research over the past 40 years has shown that meditation has several measurable psychological and physiological benefits.

Numerous studies have demonstrated the effectiveness of mindfulness meditation in reducing psychological and physiological stress. This could be explained by its action on negative thoughts. Indeed, many thoughts are harmful (ruminations, catastrophic scenarios, mental representations that have nothing to do with reality...), these thoughts create what is called "internal stress". The practice of meditation can help dispel these thoughts and reduce stress. This is why, when practiced daily, meditation is a powerful anti-stress.

A randomized clinical study evaluated the practice of transcendental meditation by comparing it to information and discussion sessions in 84 patients with cardiovascular disorders who were considered stable. Beneficial effects were observed with respect to blood pressure and insulin resistance in the meditation group. The use of transcendental meditation by patients with cardiovascular disorders may also improve some aspects of the metabolic syndrome.

Reduce the severity of the symptoms of obsessive-compulsive disorder.

A 2008 study investigated the effects of meditation on individuals with obsessive-compulsive disorder. The results showed a decrease in the symptoms of participants who attended the sessions. In addition, participants had less difficulty letting go of their thoughts.

In one study, researchers found that following vaccination, meditators had higher levels of antibodies to the influenza virus than a control group. In addition, the increase in antibodies was proportional to the increase in brain activity in the area related to positive feelings (the left prefrontal cortex). 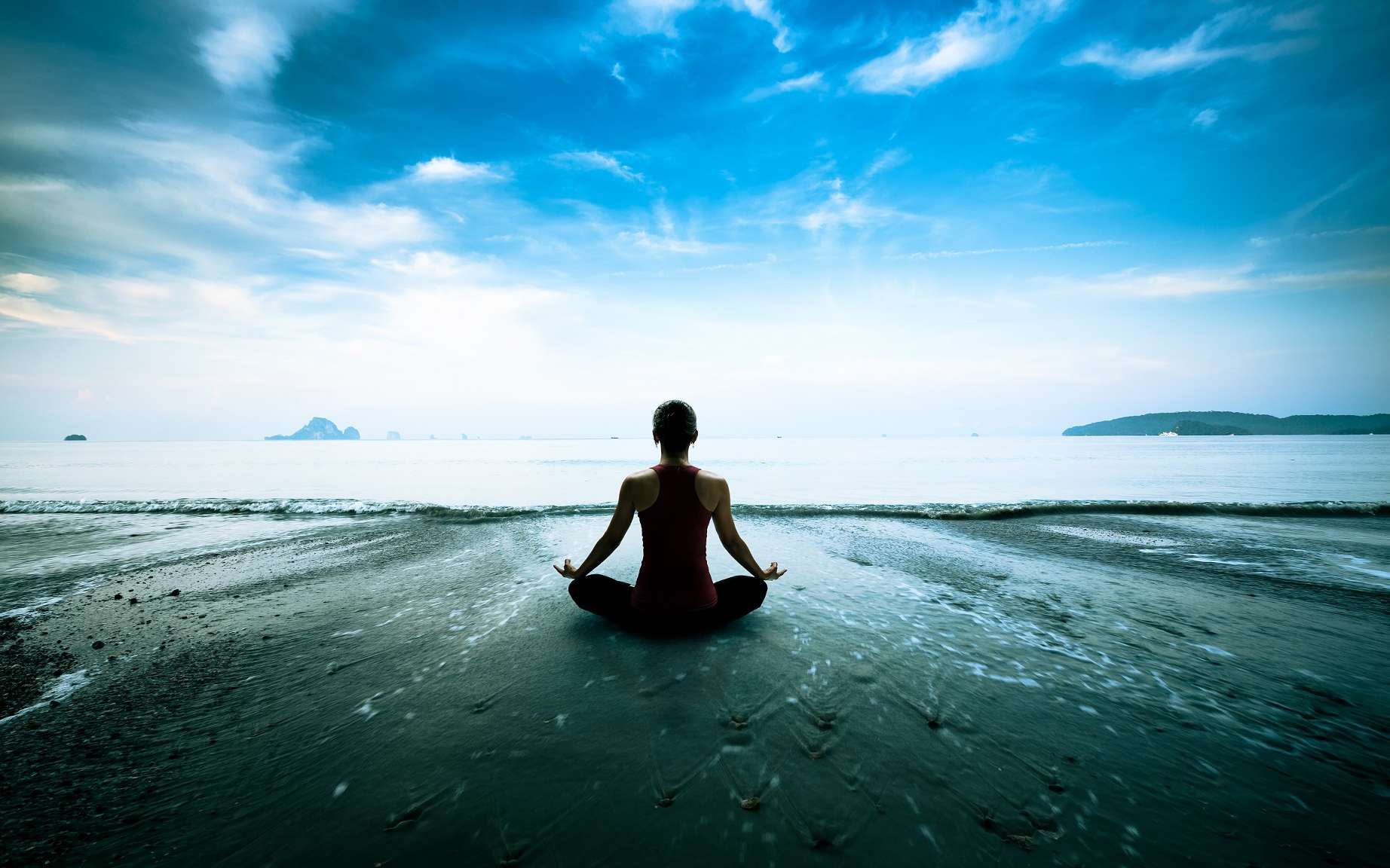 How to meditate? Meditation in practice

According to the different schools, and there are many of them, meditation can be practiced standing, sitting, walking, with eyes open or closed, silently or by repeating a word, with the mind focused on an image or not. There does not seem to be any great difference in the effects of one form compared to another, the most determining element being assiduous practice.

There are now many resources on the Internet that allow people to learn about meditation and meditate alone. Most are in the form of guided meditations accompanied by music or sounds. These are intended to bring inner calm or to facilitate access to states of relaxation, alertness or creativity, for example.

If you wish to begin alone, here are some techniques that can help you concentrate, since they occupy the mind and thus limit the occurrence of parasitic thoughts.

Meditation on Breathing
This is probably the most common technique today. It consists in being aware of the air that penetrates the body, that is expelled from it, that still penetrates... As breathing is a permanent and infallible movement, it gives a stable anchor to the effort of attention.

The body sweep
The person sits with a straight back and mentally scans his or her body. This exercise should be done without judgment, and allows the person to become aware of possible tensions or painful points.

Meditation using a mental image
The individual imagines a precise image, and must focus on it. He can imagine a tree, the sea, or anything that inspires him.

The use of a mantra
The individual repeats a mantra (sacred formula), a personal expression or a syllable ("aum", for example). They can repeat them mentally, articulate them quietly or say them out loud. In the latter case, the vibrations from the vocal cords are supposed to bring the body to a good disposition.

Meditation with an object
The person is staring at an object in his or her vicinity. It can be the flame of a candle, an image that is dear to him or her, or a geometrically shaped drawing.

A word from the specialist

Meditation is a thousand-year-old practice that originated in India more than five thousand years ago. Around 600 BC, it spread to Japan and Asian countries.

In 1979 in Massachusetts, with the publication of the mindfulness stress reduction program to treat patients with chronic illnesses, meditation entered the medical world.

Meditation is for everyone, including young children. However, people suffering from psychiatric disorders are advised to seek advice from their doctor, who will indicate the most suitable meditation for them.