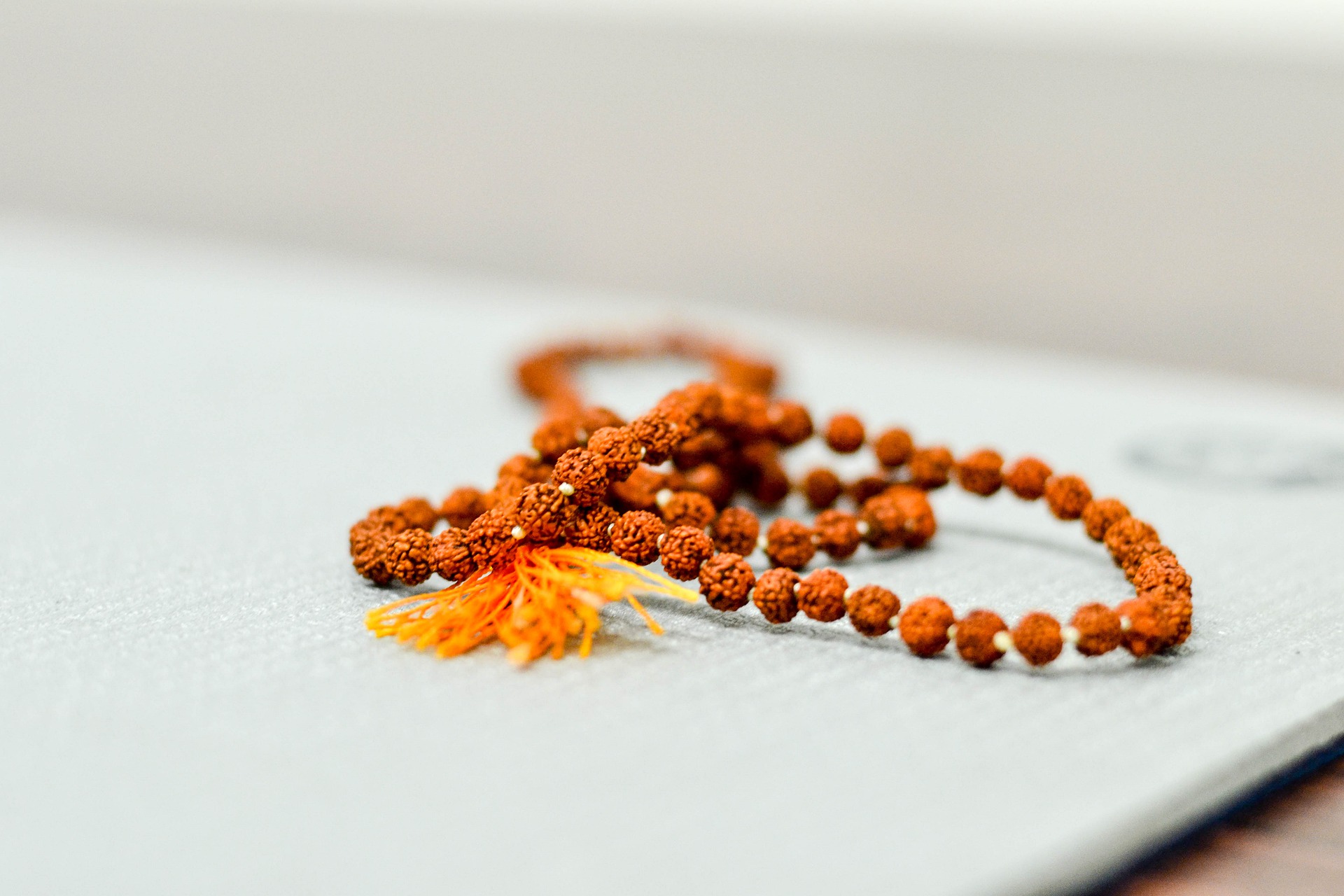 The meditation bracelet known as Mâlâ, even if it is very fashionable today to wear one around the wrist, is above all a sacred object. Indeed, it is used as a rosary of prayers in the Buddhist and Hindu religions.

Drawing its origins in the heart of ancestral Tibet, the Mâlâ meditation bracelet has its own particularities, and just like the protective amulet, it keeps above all its owner out of reach of the evil eye.

But we will see here that beyond its reputed symbolic functions, this bracelet still contains some secrets...

All these things still unknown on the Mâlâ bracelet

In the West, even though Buddhism and everything that comes from it has been widely democratized in the last 20 years, the Mâlâ bracelet can be seen as a very beautiful fashionable jewel.

Indeed, still very few people really know the sacred functions of the meditation bracelet. And even fewer people know the secrets behind these somewhat special bracelets.

108, the number of Buddhism

First of all, you should know that the Mâlâ bracelet is originally composed of 108 pearls or stones. 108 being the number which takes again all that composes the values and the Buddhist thought.

These three numbers gather the three fundamental principles of Buddhism, namely that the 1 represents the unity of all things. Buddha is unique, and he will be found in all things and all living beings, as the only divinity.

That the 0 represents permanent change. Buddha lets us know that nothing is made to last forever, and that all elements are interconnected.

These three definitions representing the three numbers making up the number 108 are the way of Buddha. These three fundamental truths of Buddhism lead to the much sought-after wisdom and inner peace.

According to the sayings and teachings of some Buddhist monks, it would take all of us exactly 21 minutes to reach the crucial moment when our mind is no longer monopolized by anything other than the point of reference chosen for our meditation.

And 21 minutes would be exactly the time it takes to recite the most famous mantra, the famous "Om Mani Padme Hum", 108 times. 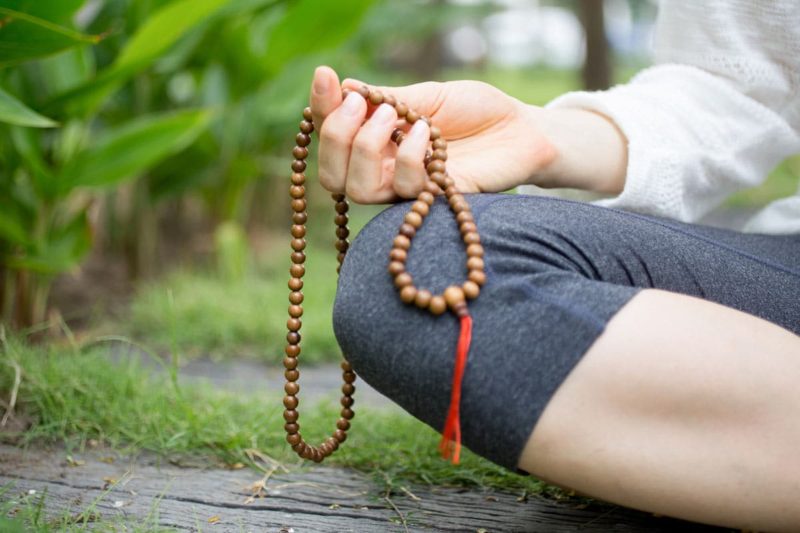 The role of "the big pearl

If you look closely at a Mâlâ necklace or bracelet, you will notice that a large stone that stands out from the others closes the circle. And this is not by pure chance.

In fact, it plays the very special role of completing a cycle before starting all over again.

It is called "stone of emptiness". Thanks to it, the person in meditation can, with closed eyes, feel that he has reached the end of his 108 pearls. It is up to the person to decide whether to start a new cycle, or whether to stop there for today.

This stone is therefore a highly symbolic landmark that takes up the definition of the number 8, the infinite restart.

A mantra to save a life

If the importance of the use of the Mâlâ bracelet in meditation is no longer to be proven, another sacred fact of Buddhism intervenes during the recitation of the Mantra. Indeed, each time you pinch a pearl or stone between your fingers and at the same time you recite a mantra, you will save a living being from hell!

Concretely, in Buddhist mode, you will help a person to get out of the impasse where it is with its daily misfortunes... Another good reason to contribute to a better world by meditating.

In Buddhist philosophy, it is often said that it is not a person who chooses his future Mâlâ bracelet, but the bracelet in question that chooses its future owner. In any case, it is very important to learn about the origin of the pearls, or the benefit that a lithotherapy stone can have.

Indeed, according to the characters, it is better to choose such a stone rather than another. For the bracelet itself, it is necessary to know that today we conceive a lot of Mâlâ composed of 21 or 27 stones.

The important thing for meditation, is that you find a bracelet with stones that are wide enough, and that they are not too tight inside them, for an easier handling when you turn them on themselves during the recitation of your Mantras.

Make your bracelet a very personal object that you will wear around your wrist to let the beneficial flow of the stones spread when they come into contact with your skin.

Because when you reach the state of calm sought during your meditation, it will most certainly be a lot thanks to it. Sacred Mâlâ.