Yoga benefits for body and mind 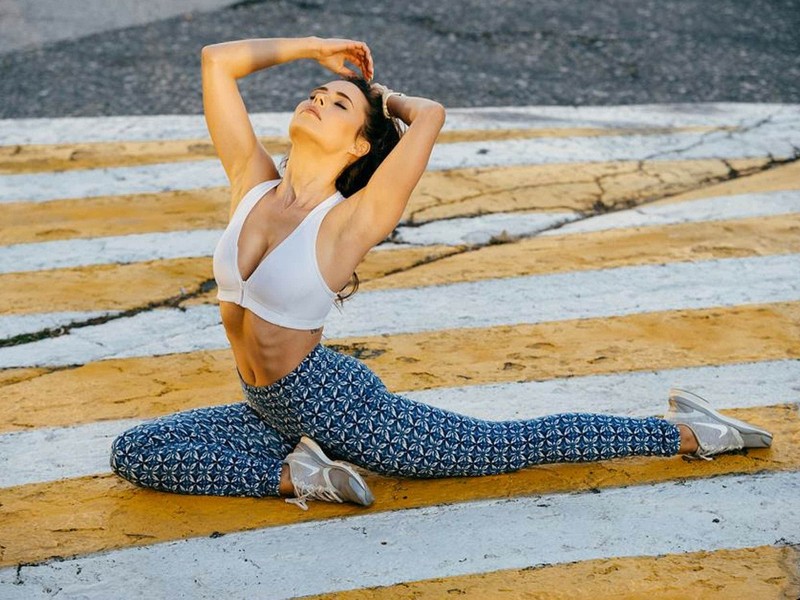 Yoga benefits for body and mind

Yoga wants man to reach the highest degree of consciousness and knowledge. It helps to develop mental faculties. It was practiced in India long before Christ. One form of yoga much practiced is Hatha yoga. It is based on the knowledge of the body and breathing. Light on 10 benefits of yoga on the body and mind.

Before enumerating the benefits of yoga on both body and mind, it is necessary to present this discipline still unknown to many. It should be known that the term "yoga" means "union" in Sanskrit. Sanskrit is presented as a classical language of the Brahmanic civilization of India.

What does yoga refer to?

Yoga encompasses all the physical, mental and psychic practices developed in India. All these practices were later adopted by several religious groups. For example, in Tibet, they were adopted by the Lamas. These practices from India were also admitted to Zen convents in Japan. Not forgetting to mention the mystics of China. Moreover, according to legend, yoga was transmitted to men through "fish made man". This is Matsyendra, a fish that secretly followed the teaching that Siva (divinity) gave to Parvati's wife. Having become man, this fish initiated a certain number of disciples.

For those who initiate the practice of yoga, this discipline aims to reach higher states of consciousness. Yoga brings strength through exercises that lead to asceticism and ecstasy. To do yoga is to free the mind from the supposed material influences that contaminate it. If we refer to the oriental definition of yoga, it presents itself as a mystical and unhygienic practice. In this case, the expected results go beyond the physical benefits an individual could expect.

What does yoga mean to Westerners?

We have limited yoga to a discipline of mind and body. It goes further, however! From this point of view, the practice of yoga helps to maintain good health and to defend oneself against diseases. Thanks to yoga, one can maintain an excellent mental balance. It also helps to slow down aging. Yoga thus prolongs our state of youth. The practitioner of this discipline learns to become master of his body. It regroups a set of psycho-physiological hygiene practices.

The effects of yoga on the mind and body are diverse. We will have the opportunity to see this in detail. Above all, it is important to remember that yoga helps to give a new dimension to oneself. This is only possible if the learner practices the yoga postures. A posture (asana) designates a position of immobility. 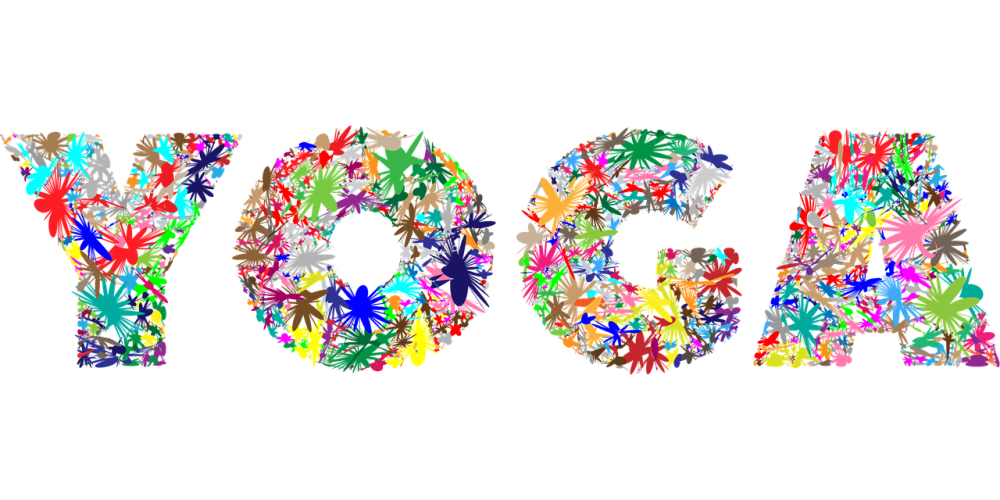 Top benefits of yoga for body and mind

Whatever the point of view (Eastern or Western) or the type of yoga, it actively participates in the good health of body and mind. Let's take a look at 10 benefits of this discipline for your body and mind.

Yoga contributes to a more flexible body and healthy joints. In fact, a study conducted by researchers at the University of Colorado has been carried out in this regard. They worked mainly on the form of yoga known as "Bikram". It is practiced in a heated space. The practitioner does a sequence of 26 postures in 1h30 mn (90 minutes). Generally speaking, the yoga postures allow the practitioner to work on specific areas of the body.

For example, you can regularly perform the lotus posture in order to soften the knees and pelvis. This posture is performed by tying the legs. The arms should be spread on each side so that the palms of the hands are facing the sky. There is also the hero's posture which is very beneficial to the joints of the legs and feet.

In the car, at the office, during household chores... Our back is put to the test. Back pain prevents us from leading a normal life. However, there are yoga postures that can combat back pain. Among the existing forms of yoga, it is the one called "lyengar" that researchers (West virginia University) consider the most effective to relieve back pain. Here is a posture that you can do at home to relieve your back after a tiring day.

Lying on your stomach, keep your elbows at your waist. Start by breathing in, and raise your chin by stretching your head. This movement should be performed very slowly. Curve your back. Then, it is necessary to go back down while exhaling. In addition, the camel's position is used to fight against possible spinal incorrectness. Another posture that tones and relaxes the abdominal muscles is the triangle posture.

Strong bones are necessary regardless of gender or age. Of course, an adapted diet is imperative to have healthy bones. In addition to diet, yoga can be practiced according to the research of Dr. Loren Fishman. Indeed, he has examined the bone density of a number of individuals after they have practiced yoga for 2 years. Good news! Their bone density had increased. This study was done in 2009.

It refines the hips and legs

Yoga relaxes the body and tones the muscles. This discipline is ideal for having thin hips and thighs. This means that it can get rid of a few extra pounds. This is a posture that helps to slim your hips and thighs.

Lie on your side with your head on your arm (lying down). Place the other arm in front of you. Then fold the leg over by opening the knee (to the maximum). Open the leg slowly. Once extended, open the angle between the two legs. Breathing should be normal. You can also enjoy the benefits of the turtle's position. This position requires the subject to kneel down. He will then bend towards the ground while breathing out. Your buttocks must remain glued to the heels. The palms are placed on the ground. The position of the turtle participates in the elimination of unwanted fat. On the other hand, it serves to regulate digestion. 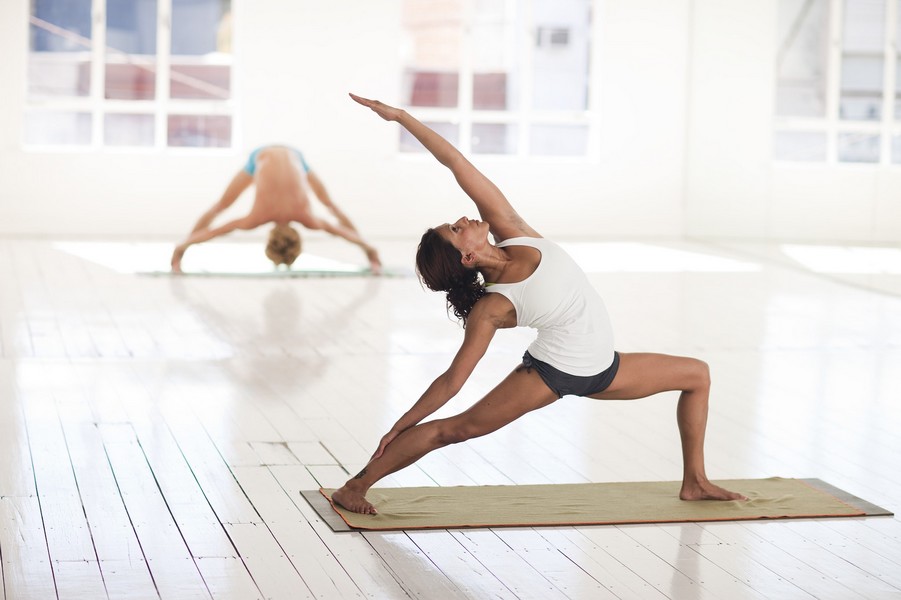 Stress triggers the production of certain hormones such as glucocorticoids. Their role is to boost our metabolism. However, a permanently high level of glucocorticoids in the body is a sign of chronic stress. Under these conditions, physical disorders soon appear. These are mainly muscular tension, back pain, heart palpitations, etc. Thanks to yoga, we can act to regulate muscle tone. It proposes postures aimed at contracting and relaxing the muscles. This helps evacuate muscular tensions.

It acts against psychological problems related to stress.

Difficulty concentrating, mood swings... All these disorders are favoured by chronic stress. So, when nothing works against daily stress, you should think about doing yoga. Try yoga, which has proven to have soothing virtues. Take advantage of its static exercises, based on calm, slow breathing. The position of the tree allows you to regain emotional and psychic balance in the face of the challenges of modern life. This posture brings calm and relaxation to the mind.

It improves your concentration

Hatha yoga through these postures can help boost your concentration. This form of yoga was founded on the physiological conceptions of the ancient Hindu civilization. The so-called "introductory" position can be used to improve concentration. Simply sit on a cushion with your legs extended forward. One brings back the heels each one towards the opposite thigh. The posture is useful for meditation and concentration. In addition, it contributes to the proper functioning of the respiratory system.

It is good for the psychic functions

In yoga, breath control helps to regulate the psychic functions. There are various modes of breathing. They aim at respiratory re-education and a good nervous balance. They are therefore useful instruments for psycho-physiological balance. Certainly, there is a method to be followed if one wants to achieve the desired results.

The domination of the mind

Yoga has undeniable effects on the body: regulation of muscle tone, hormonal balance, respiratory rehabilitation, etc.. It can also be used to lose weight. Anyone can do it in order to benefit from these physical and spiritual assets. With the stressful situations that are multiplying in the work world, yoga is a safe solution to fight against stress. Attend a physical or online yoga class to learn!