Vibration of the 7 Chakras 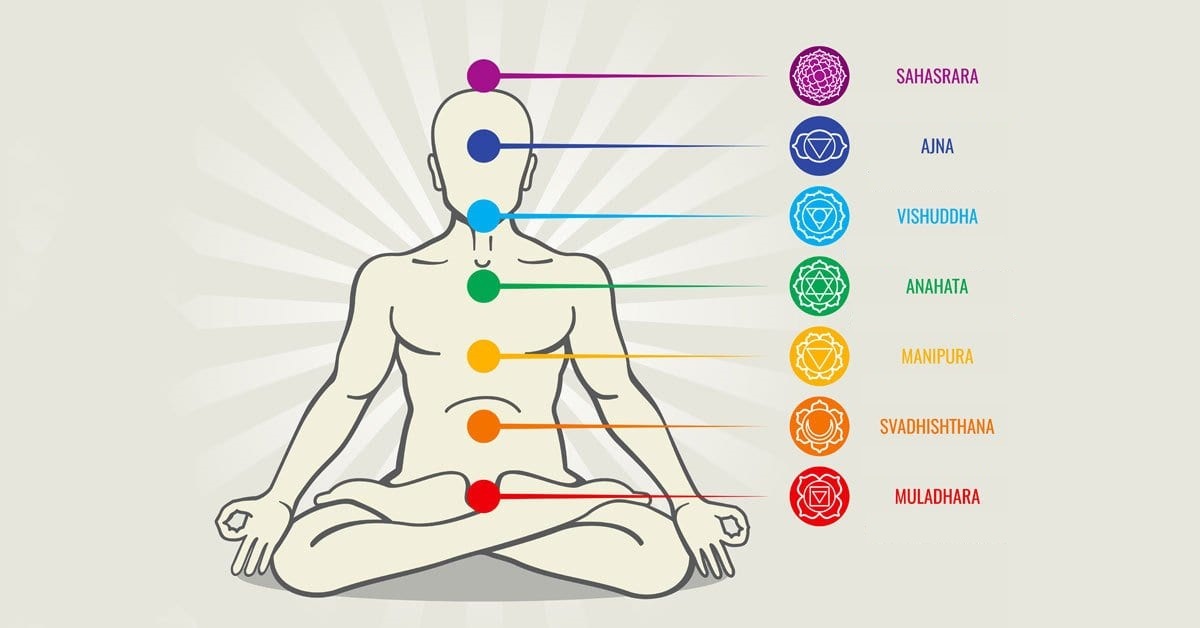 Vibration of the 7 Chakras

The Chinese culture has long used the chakras to strengthen the vital energy, but also to be in harmony with the universe. Finding the right balance between the chakras is a good way to condition spiritual, physical and emotional life. The vibration of the 7 chakras, this revolving energy that awakens in every living being, allows you to find peace with yourself. However, it is essential that this vibration is in resonance with our vital energy and to do so, it is necessary to know how to balance the chakras.

Explanations on the 7 chakras, nadis and kundalini

All the physical forms that make up the universe also have an energetic body. As far as human beings are concerned, we all have a central channel of energy, called Shushumna. This channel runs vertically through our body, following the spine. Also called "kundalini" or spiritual force, it is this channel that carries your life force. It encompasses the components of the subtle body such as the Chakra. It also encompasses the "Nadis", the energy pathways that flow through the body. In addition, Kundalini can be described as a potential force in the human organism, as it is the one that animates the physical body. In other words, it is the force that differentiates a corpse from a living being.

In the body, there are seven chakras and they are all implanted along the sushumna. Each of the chakras is represented in the form of double cones. The first one is at the base of the spine, in the pelvic region. According to some beliefs, this chakra is the point of connection of the human being with the earth. The other chakras line up vertically on the spine. The last one, especially the one at the level of the head, represents the connection with God, celestial objects and universal intelligence.

Note that each chakra has its own characteristics and color. Indeed, each color corresponds to a very precise element and to particular functions. To better enlighten you on this subject, here are the main colors of the chakras:

Namely that the knowledge of the chakra system comes from Hindu traditions. Thus, we take this culture as a reference in the presentation of the colors of each chakra.

The vibratory frequency of the chakras

Although the chakras are capable of conditioning physical and emotional behavior, they do not vibrate at the same frequency. Each part of the body has a particular vibratory harmony. Each emotion, each thought, each organ... everything that exists in you, emits different vibrations, even if they are grouped together. However, it is important to know that all your energies are grouped together in your energy centers, the chakras. They are seen as a path through the energy moves.

When the chakras are open, it creates a feeling of balance and harmony in your body and mind. The chakras vibrate constantly and if they are in the presence of another frequency, they awaken. If the latter vibrates sympathetically, a "harmonic resonance" can be felt. This phenomenon only occurs when the frequency of the chakras is tuned to the frequency produced by the object.

Indeed, the principle of harmonic resonance shows the importance of chakra vibrations in your life. However, it is important to keep in mind that this phenomenon only occurs if the two frequencies are in perfect harmony. When it is disturbed, the vibratory frequency of the chakras can become a source of problems both spiritually and physically.

This is why it is important to know how to balance its 7 chakras, according to its colors and the frequencies that surround us. Beyond their therapeutic action, the sound of each chakra can be used to reinforce our energy in a positive way, where our body needs it most.

Correspondence of the 7 Chakras with the 7 musical notes

Thanks to harmonic resonance, we can also translate the frequencies and colors of the chakras into musical notes. From now on, we can play the musical notes and sing the colors as a musical scale. Whether you like to play African tribal music, oriental music or western classical music, there are only seven notes.

If the notes are well tuned, it creates music, and if they are out of tune, it only creates noise. It is this same principle that is translated into the chakras. If the person (or his chakra) is in total harmony with his surroundings, what you are would be in perfect harmony and if not, you become only noise.

When a sound is introduced into an oscilloscope, the instrument gives it a certain shape. Thus, each sound can be translated by a shape and when there is a vibration, there is necessarily sound. As the seven notes have all their meanings, we can therefore associate it with the sound of each Aum chakra. Ancient cultures understood that everything that exists was of the same nature. Moreover, some cultures have even demonstrated that there is a correspondence between the notes of music and our subtle body.

In India, there are ancestral melodies that allow in a particular way to go up and down the Kundalini. These melodies are called ragas and they are generally used for divine inspiration, for incarnations and to implore the saints. In the West, the correspondence between musical notes and the chakras are translated by vibrations. The vibration is used as a means to stimulate the mind, thanks to the music chakra. On the other hand, this is not the case for all kinds of music, but only for those that emit "universal vibrations".