The rules of Buddhism 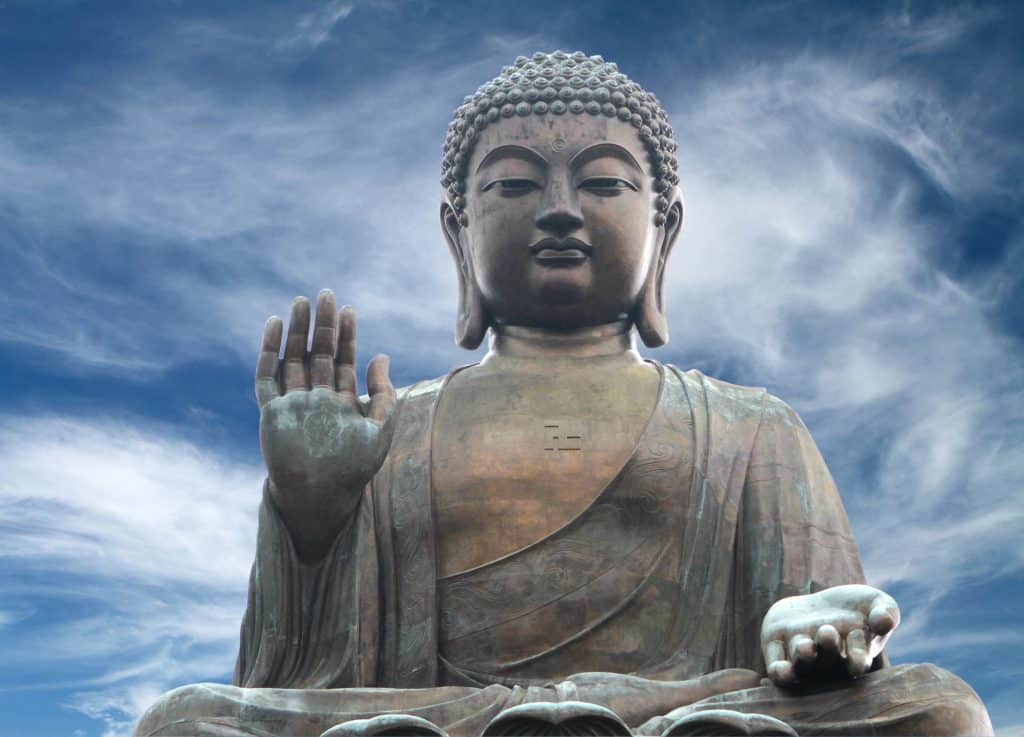 The rules of Buddhism

The rules of Buddhism allow a person to respect himself and his surroundings, to surpass himself, to be at peace with himself and to know how to distinguish good from evil. They are a way of life, but not a cult. Several councils and spiritual guides emanate from these rules of the Buddhist. They are intended to improve a person's behavior and attitudes in daily life.

Have courage in life to achieve goals

We know that life can be very difficult. Some dead ends and failures can make people give up. The only way to avoid regrets is to never give up. Regret leads to suffering. Therefore, to avoid suffering throughout one's life, it is advisable to always have courage. The essential thing is to learn from the mistakes already made and not to make them again in order to succeed in everything you undertake. Afterwards, having courage also allows you to blossom and be happy.

Moreover, it is essential to have goals to succeed in life. It is by having a spirit of fearlessness that we will be able to reach them. The ideal is to write down small goals every month. This is much simpler than thinking about big goals.

Do not compare yourself to others

One of the rules of Buddhism is also to have one's own identity, culture and even belief. Indeed, one must avoid following and envying others. By doing so, you can be sure that you will not have peace of mind. Moreover, one puts oneself in a negative state while betraying oneself. What we can do is to inspire others' results to motivate ourselves to move forward. However, it is advisable to look back a little so that you don't make the same mistakes again.

To better move forward in life, you must have your own values, your own convictions and above all always keep your honour. The latter is the most precious quality that every person should have. It inspires consideration and respect from others. By always defending honor, one can easily have values that allow one to be unique.

Comparing oneself with others is a negative attitude according to the rules of Buddhism. It leads to competition and competition. This kind of behavior is prohibited in the Buddhist faith. Buddhists believe that each person has his or her own particularities, qualities and faults as well as intellectual abilities. Comparing them is not exhaustive and does not make sense.

How to choose your friends

In the rules of Buddhism, it is imperative to select your friends well. It is an excellent way to progress. It should be noted that there are friends who are not very popular, inciting to do anything. Having a bad friend will hurt the mind. It can lead, for example, to taking mind-damaging substances such as alcohol, drugs, tobacco and many others. The choice of friends depends mostly on where you are going. In private clubs, libraries or cultural venues, you can find people you can recommend as good friends. They easily give better advice on how to accomplish goals, unlike bad friends who lead to failure.

The choice of partner and spouse is also included in this rule of Buddhism. It is important to choose partners well, not because of their outward beauty, but because of their inner beauty. Outer beauty is only an artifice, an impermanent and superficial thing. If a person wants to follow a Buddhist way of life, he must choose his intimate relationships carefully by moral value.

One of the rules that Buddhist monks must also follow is to think of others. Indeed, one must not think only of oneself in life. Selfishness can hurt those close to you or those around you. If a person is selfish all the time, he or she ends up losing friends or even loves. So to avoid not having a relationship anymore, one should always do a good deed of serving others and above all not expect anything in return. Showing generosity for no particular reason can be a real happiness for oneself. There are many opportunities to help others. For some people, listening to them with interest can already be a great help. In addition, other ways to avoid selfishness are to learn to share, to let others put themselves forward and above all to be happy for them when they succeed. Jealousy should not show itself in the Buddhist religion.

Feeling like another person can change a person's life. You cannot really be in another person's mind or body, but you can try to understand them by trying to put yourself in their shoes. Of course, one must make the effort to think about those around them and identify their concerns and suffering. When we identify their problem, we may be able to help them. The more you show empathy and curiosity for what others are going through, the more quickly you understand them and you think only about helping and giving for free without expecting anything in return. This is the best technique to avoid selfishness.

It is necessary to have self-confidence in life according to the prescribed rules of Buddhism. This can help in relationships with others and in making important decisions. However, this kind of quality is acquired, but not innate. Thus, one must learn to have total confidence in one's potentialities and values. To achieve this, one must know oneself well, assert one's personality and accept compliments from time to time.

To have self-confidence, it is necessary that the person accepts without being egocentric his value and potentiality compared to others. They must admit that they are, for example, better in this kind of field and that they assert this publicly. It is also important to demonstrate one's talents and specialties without embarrassment or shyness so that others are aware of one's success, skills and potential. Once you have gained the confidence of others, you logically trust yourself.

Do not put too much importance on the objects

In the Buddhist religion, objects do not take up much space. They can influence emotions and the way of seeing life. If one becomes too attached to them, one can end up being controlled and transformed into a rigid person. Here we are mainly talking about objects that we no longer use and still keep. It is also the same for material and monetary values. Buddhist rules are totally disinterested. Buddhists believe that wealth such as gold, silver and power lead to vanity and lust. It is the main obstacle to happiness. The Buddhist teaching focuses more on humility and simplicity. It is the best remedy for seeking happiness. Indeed, the dematerialization of thoughts and mind is one of the foundations of Buddhist philosophy.

Taking care of each other

Altruism is also part of the rules of Buddhism. Caring for each other with apathy and love is one of the basic things to create happiness for oneself and those around you. Helping others is a virtue in the practice of Buddhism. It concerns charity, almsgiving and caring for someone you know or don't know. A person who respects the rules of the Buddhist must support his entourage in case of need or simply out of sympathy. Good deeds are very much encouraged in the Buddhist religion because it is an excellent way to happiness. One is often very happy after having done a good deed. It is this positive energy that leads to self-satisfaction and perfection. Indeed, giving makes a person happier than receiving. It is in this context that Buddhist rules encourage good deeds towards others, towards society, towards one's friendships and especially towards one's family.

Make a lot of effort on the professional level

The Buddhist belief states that nothing comes for nothing. It adopts determinism as the philosophy of religion. This kind of thinking defines that there are no consequences without a cause. It is the relationship of cause and effect. To get something, then, you have to make an effort and work hard. According to Buddhists, idleness is the shortest path to failure. Only perseverance and diligence are the sources of success.

In reality, success does not come by doing nothing. It must be sought and found through personal challenge, will and ardor. One must always decide to succeed every day. You must be willing to work for what you want and need. If it is necessary to make sacrifices, we must make them if it is worth it. That's how you achieve your goals and dreams. Perseverance of mind is therefore a moral value of Buddhist practice.

Focus on the present moment

The Buddhists' rule of life is simple. They focus a little more on the present than on the past or the future. They keep their mind on the moment during meditation. The reason why Buddhists focus on the present moment is to always keep their feet on the ground while being aware of the realities beyond the spiritual. Focusing on the past can be detrimental to spiritual balance. A person who lives in the past is never happy in his or her life. He will remain forever nostalgic and melancholic without hope and much regret. A person who focuses on the future on the other hand is more of a dreamer.

He tends to be idle and lazy. He is not aware of the present moment and waits for things to come to him. An individual who focuses too much on the future is also overly ambitious and conceited. He already foresees what will happen tomorrow when the human being does not have this ability to foresee the future. Buddhists also tend to embrace their failures. They take lessons from every failed project and correct them later.

Not being afraid of death

The last rule to follow as a Buddhist is not to fear death. One must know that life ends and that is the natural reality. Everyone without exception can die at any time. You have to put this situation in your mind. It is possible not to think about it too much by living life completely, enjoying every day with family and friends. The best ways to overcome this type of fear are through humility, inner peace and realism.

According to the Buddhist belief, death is part of life. Death is also the beginning of a previous life, hence rebirth. The Buddhist faith believes that after death the spirit is incarnated in other bodies and comes to rebirth. It is the awakening and enlightenment of Buddha during his meditation under the sacred tree. So one should not be afraid of death if one follows the Buddhist rules, because death is not the end, but the beginning of a new life.