The meaning of the mantra Sat Chit Ananda 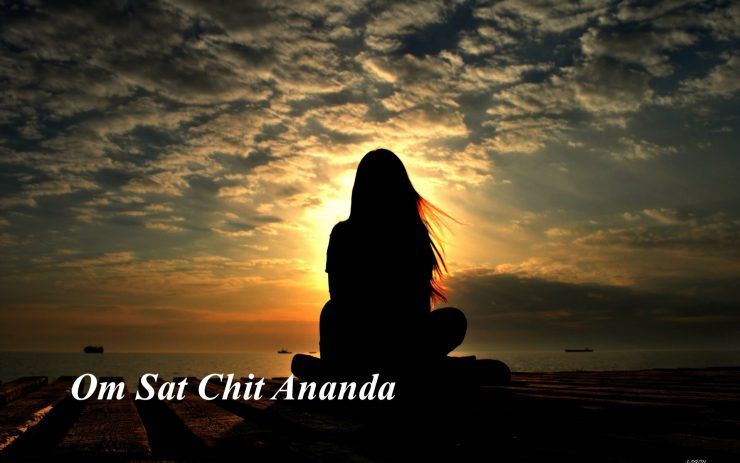 The meaning of the mantra Sat Chit Ananda

Om Sat Chit Ananda... Perhaps these few syllables have already resounded in you, during a meditation or yoga class.

Crossed by the power of this mantra, you may also have wondered about the meaning of these words. Something in you felt touched by their harmony and sound.

Discover with us the meaning of Sat Chit Ananda, the mantra of Oneness...

The experience of the Unit

Sat Chit Ananda, satcitānanda or sacchidānanda, is a mantra derived from Hinduism and yoga philosophy. Composed of three particles, this Sanskrit expression designates God or Brahman, the ultimate reality, in its three aspects: being, consciousness and bliss.

In other words, this powerful mantra is a total and complete description of the nature of existence. That which is forever, experiences life through consciousness, and thus touches bliss. For Hindus, Sat Chit Ananda is in fact the source of all consciousness and perfection.

In another perception, this mantra also depicts the realization of Oneness by the spiritual practitioner. Reaching Sat Chit Ananda, especially through yoga and meditation, is to experience the wholeness and interconnectedness of life. According to yogic tradition and sacred texts, very few practitioners have reached this state of being, which is even beyond enlightenment.

The experience of Sat Chit Ananda is beyond words and understanding of the intellect. No purely human concept can describe it.

The meaning of Sat Chit Ananda

While traditionally the term satcitānanda is written as a single word, it is often written by separating its three particles. This is to better understand the expression in its totality through its components.

• Sat: being, existence
• Chit: the consciousness of being,
• Ananda: the bliss, the ecstasy, the Love aroused by the realization of the being.

Sat designates truth, the absolute dimension of being, that which does not change and is eternal through time, space and matter. It is the essence of all things, which can only be experienced.

To experience the absolute designated by Sat, we need Chit, consciousness, with a relative dimension. Chit can also be translated as "understanding", or "realization". With the conscious state of being of Chit, also designated by the Self, the practitioner can experience Sat, the absolute dimension of existence, in body and mind. Consciousness, the Self, then becomes one with this absolute, this ultimate reality that constitutes everything.

Finally, Ananda is the fullness, the state of total bliss emanating from this realization of the Absolute by the Self. A state of being felt by a deep joy and a sensation of true pleasure in the whole being.

Sat-Chit-Ananda, "Truth-Consciousness-Felicity", is in fact the joy of being alive and realizing the eternal nature of Life through experience .

How to use this mantra?

To invite the power of Sat Chit Ananda into your daily life and cultivate inner peace, simply create a small daily routine, where you set aside time to recite this mantra.

Sitting in a comfortable position, for example, start by chanting three "Om", to prepare body and mind for the chant. Inhale and exhale deeply, but without forcing. Finally, chant:

"Parabrahma" means "the supreme creator". "Purushothama" can be translated as "who took human form to guide human beings". "Paramatma" means "who comes to me through my heart, and becomes my inner voice whenever I ask for it". "Sri Bhagavati" is the "Divine Mother". "Same tha", "together". "Sri Bhagavate" translates as "Creative Father". Finally, "Namaha" means "I thank you and honor your presence in my life".

Moreover, if you have little time for practicing mantras, nothing prevents you from listening to a recording of them in your car or in the subway!