The Fundamental Principles Of Buddhism 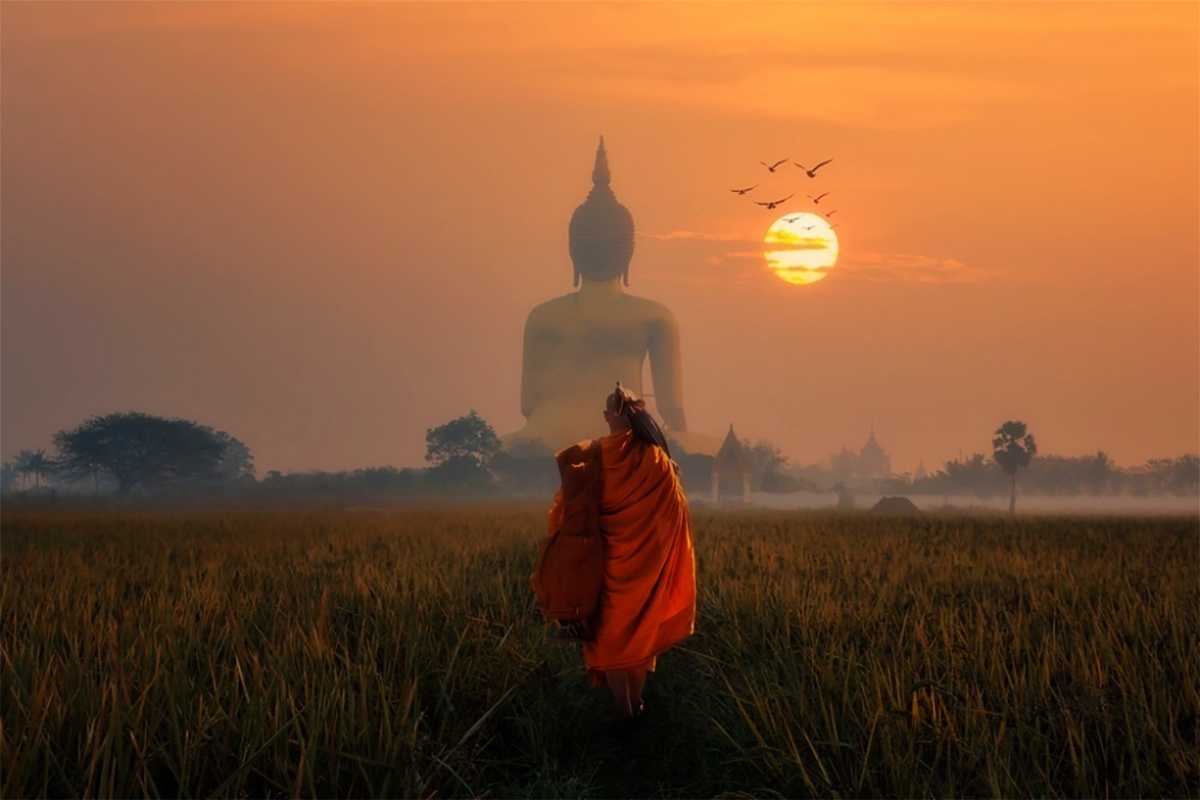 The Fundamental Principles Of Buddhism

The three jewels of Buddhism

These three jewels are the essence of Buddhism. In order to become a Buddhist, one must seek and take the path of the 3 refuges since they are the fundamental bases of the rite of initiation to Buddhism. But what does it mean to take refuge? To take refuge is first of all to respect and show gratitude to the Buddha, the Dharma and the Sangha, but also to prove that there is determination to go towards truth and goodness.

In other words, recognizing the possession of the ability to love and understand all that is around. To take refuge is also to know where Buddhism comes from. Buddha is the one who shows the way. His teachings allow on the one hand the understanding of love and on the other hand to be free from suffering. As for the Dharma, it is the totality of all the elements that make up this world. But it is also the set of standards, the teachings of the Buddha.

The role of the Dharma is to guide the human being on the path to liberation. It shows the path leading to love and understanding and peace, to a just and profound vision of things. As in all religions, Buddhism also has its own community which is called the Sangha. Living and adapting in the Buddhist community is also synonymous with living in harmony, joy and mindfulness. The Sangha is made up of all those around it, namely friends, family and the Buddhist master.

In order to achieve nirvana, one must first understand and apply certain things in daily life, namely to become aware of the existence of the four noble truths. Buddha's teachings can be summarized through four noble truths, namely Dukkha, Samudaya, Nirodha and Magga. The presence and awareness of these noble truths help to diminish or even abolish human suffering.

But they do not stop there, since they deliver man from the sources of desires that are harmful to him such as pleasure. But what about these four noble truths? The Dukkha is the mark of the existence of suffering. Suffering is common in everyday life just as illness is suffering, existence is another source of suffering. Then, Samudaya designates the origin of suffering. They do not happen alone, they are there, because there are things that caused them. It should be noted that ignorance and greed are the immediate sources of suffering.

Thereafter, as far as Nirodha is concerned, it is the way to eradicate suffering. Now that the source of suffering is known, one must at all costs seek to avoid it or even eliminate it definitively and thus put an end to all suffering. One must act on the causes of suffering and thus be liberated. Not being in ignorance already allows one to set oneself on the path to liberation from suffering.

Finally, Magga is a noble path composed of eight distinct elements. The simultaneous practice of these eight elements makes it possible to attain Nirvana. Also known as the Noble Eightfold Path, Magga is the path to end suffering.

Buddha's teachings are like a big wheel that never stops turning. Of course, the teachings lead to the central point of the wheel, which is Nirvana. The eight spokes of the wheel represent the eight parts of the Noble Eightfold Path which are right vision, right thinking, right speech, right action, right livelihood, right effort, right attention, and right concentration.

The Noble Eightfold Path is considered the foundation of Buddhist practice. In order to be able to put the Four Noble Truths into practice, Buddhists search through these eight concepts to find the attitudes and behaviors to adopt. The Four Noble Truths all contain the idea that life is nothing but suffering caused by the desire for ephemeral things. There is therefore a very close link between the Four Noble Truths and the noble path.

Those who are aware of the noble truths are already considered to be on the right path. The eight concepts can be classified into three main categories, namely wisdom, guidance and concentration. It should be kept in mind that there is no clear hierarchy among these eight elements. Rather, they must be followed at the same time in order to achieve Nirvana.

The Wisdom of the Noble Eightfold Path

First of all, there are the first two paths that are associated with the wisdom of the Noble Eightfold Path. The right vision implies believing that in the Four Noble Truths life is suffering. It is caused by the desire for temporary things. Everything is transitory and the renunciation of desires is only possible by following the Eightfold Path. Right thinking, on the other hand, insists on being ready to always improve in all that is positive.

The following three elements are associated with the moral aspect. We have the right speech that emphasizes honest words and speaking honestly. This involves avoiding gossip, lies or verbal aggression. Fair speech applies to both the spoken and written word. Then there is right action, which involves avoiding acts such as theft, adultery and murder.

In order to distinguish between right and wrong, one must ask oneself whether a particular act will harm others. Finally, we have the right livelihood, which is similar to right actions, but applies specifically to the profession. Under this principle, one must not cheat, lie or participate in matters that harm others. This rule also excludes any activity related to the slaughter of animals, the sale of meat, the manufacture or sale of firearms.

In these aspects we have the right effort which implies an effort of persistence and attention in the application of the other aspects of the Eightfold Path, in order to avoid pessimistic thoughts and negative emotions. Then, one has the right attention which partly resembles the right effort, but it focuses more on the internal, mental and philosophical aspects of oneself.

Buddhism therefore encourages a strong self-awareness, with particular attention paid to the way in which human beings react to experiences and the environment. This attention must be focused on the present as well as the past or future. The last element is right concentration.

The practice of meditation is at the heart of Buddhism and involves breathing techniques and other means of concentration. The goal is to empty the mind completely, so that the object of concentration takes up all the room. One must concentrate only on the essential in order to reach Nirvana.

In conclusion, the Eightfold Path states that a person who fails to follow all these aspects is simply a person who is unable to follow the Path. In this case, his only hope is to see his desires, intentions and efforts change on their own. 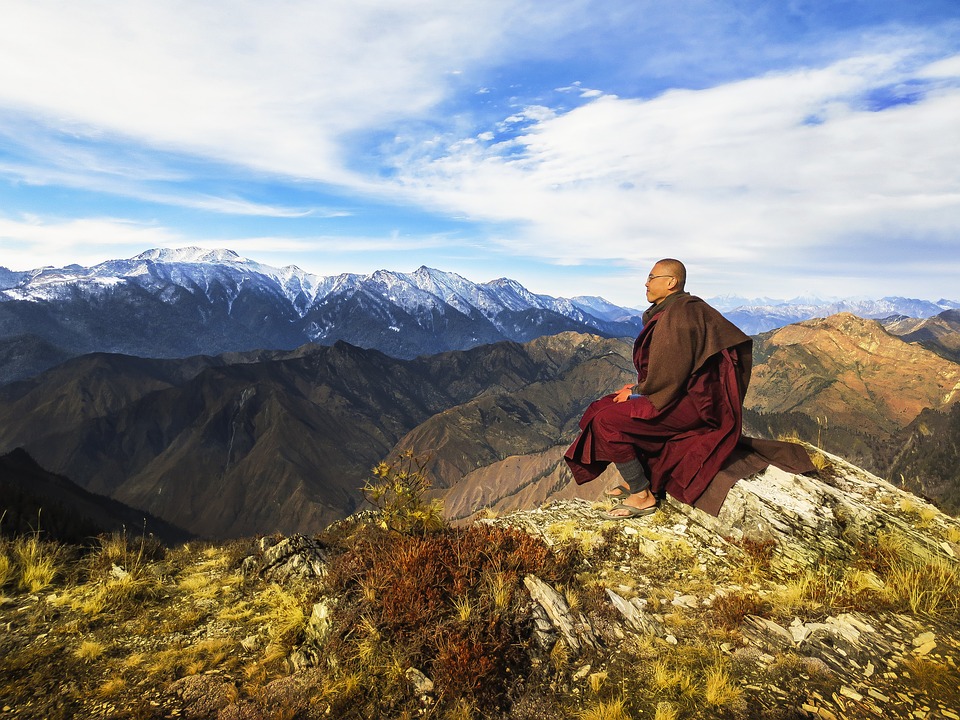 The five precepts of Buddhism

All the world's religions are based on fundamental principles of good conduct and prohibit their followers from engaging in wrongdoing and behaviour that could harm society at large. Having taken refuge in the Three Jewels, Buddhists must now vow to uphold 5 precepts fundamental to Buddhism.

No death, we must respect life

In the precept, one must not commit murder. Do not kill a living being, do not intend to destroy a life. Failure to respect this will result in bad karma.

No theft, respect for the property of others is paramount

In the world of Buddhism, theft is not tolerated. Stealing other people's wealth or property is strictly forbidden. Theft can manifest itself in different ways. It can be direct, that is, it is the practitioner himself who has the intention and desire to appropriate the property of others either by force or deception. It can also be indirect through the intermediary of others.

The practice of sexual misconduct or lust is prohibited. Adultery is logically prohibited. In addition to this, it must be kept in mind that lust occurs if it is in relation to a person under the protection of a parent or to someone who is already married. All three are unhealthy because they are expressions of greed and violence at the same time.

Lying is not tolerated either. Disfiguring a truth is already considered a lie. This precept invites us to give a sacred value to the word, because according to Buddhism, truthfulness is a source of trust. False speech is that which is rooted in greed, hatred or fear.

No intoxicating substances, Respect for the clear mind

The consumption of drugs or alcohol is also forbidden among Buddhists. Consumption will therefore lead to a loss of consciousness. This is why Buddhists are in favor of the practice of meditation, which is an essential means of attaining the joy that emanates from liberation. Moreover, in some Buddhist countries this last precept is interpreted as requiring total abstention from alcoholic beverages. On the other hand, in other Buddhist countries it is interpreted as requiring moderation in the taking of anything taken in excess, would probably result in intoxication.

The five precepts of Buddhist ethics are not there to repress, but on the contrary to liberate the human being. In Buddhism, it is very important to break ties and allow consciousness to open up as much as possible. It is for this reason that all these norms seek to promote individual well-being and not submission to moral authorities.

Nirvana and the principle of reincarnation

Nirvana is defined as the end of reincarnation cycles. In Buddhism, the ultimate goal of a Buddhist is to attain Nirvana. The attainment of Nirvana will put an end to all suffering and illusions that are sources of unhappiness for the human being. Nirvana can also be defined as the end of ignorance. According to the Buddhists, the human being is reincarnated until reaching Nirvana. It is important to know that reincarnations take different forms.

In other words, a human being in this life may not be reincarnated as a human in the next life, but as vegetation or other sources of life. In Buddhism, Nirvana is that stage where the soul comes to detach itself from all the desires of the body and the cycle of Karma is interrupted to make way for Awakening. But how to reach Nirvana and thus put an end to the cycles of reincarnation?

To reach Nirvana, only one path is offered to Buddhists, which is detachment from all desires. The rules of Buddhism take all their meaning in this situation, because they constitute the tools to reach Nirvana. To succeed in denying one's desires, the Buddhist does not seek wealth, does not succumb to carnal desires, shows kindness to others, and engages in meditation.

In any case, meditation is the last means of reaching Nirvana, especially pre-death meditation. During this practice, the Buddhist takes the world out of his mind in order to understand what is important, what is of real value. He thus reinforces his spirit in order to facilitate the repression of his desires.