The Flower of Life 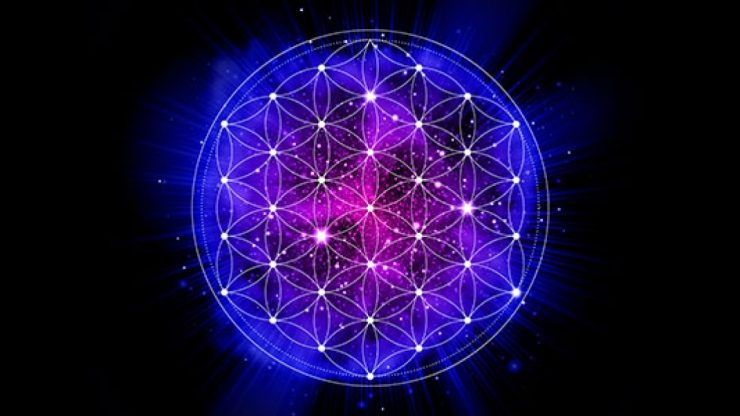 The Flower of Life

The Flower of Life is a mysterious symbol that has many secrets. Since the dawn of time, this symbol has been used by the wise men who attributed important powers to it.

Let us discover together in this article what is the flower of life, where does it come from, and what are its benefits...

The Flower of Life, a very special geometric symbol

The flower of life is above all a geometrical form composed of multiple superimposed circles, regularly spaced and arranged in the shape of a flower with a six-ply pattern like a hexagon.

Its shape, proportions and harmony have been known for millennia by some philosophers, architects and artists. You will even be surprised to learn in the rest of this article that the Flower of Life is actually known for tens of thousands of years...

The components of the flower of life are an integral part of the alchemists' work. We find Leonardo da Vinci among these researchers and scientists who studied the form of the Flower of Life and its mathematical properties. He designed the Flower of Life itself, as well as various components such as the seed of life.

He drew geometric figures representing shapes such as platonic solids, a sphere, a torus and also used the golden section in his artwork which are all derived from the flower of life design. (See excerpt from Leonardo da Vinci's manuscript, above). 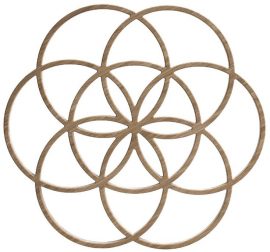 The "Seed of Life" consists of seven circles placed with six times the symmetry, forming a pattern of circles and lenses, which is the fundamental element of the design of the Flower of Life.

According to some, the Seed of Life describes the seven days of creation during which God created life.

The "Egg of Life" is also a symbol composed of seven circles extracted from the drawing of the flower of life.

It is said that the shape of the Egg of Life is the shape of a multicellular embryo from the first hours of its creation.

The Flower of Life is therefore not just a simple geometric form. It possesses divine proportions taken from the golden section and the famous Fibonacci sequence, which are very particular mathematical ratios.

The Flower of Life can be found in many manuscripts, in temples all over the world as we will see below, and in art. But we also find it in the very foundations of life, hence its name.

What is sacred geometry?

How can geometry be sacred? How can certain patterns make sense, or even have an action such as healing?

It was a fun way to learn some basic ideas 🙂 Yes, certain patterns, shapes and designs and mathematical proportions exist in creation itself. These are evident in music, plants and even the proportions of the human body.

What are the benefits of the Fleur de Vie?

The pagans considered the Flower of Life as a form of sacred geometry containing ancient religious values describing the fundamental forms of space and time.

Other cultures believed that the Flower of Life was a portal to the Akashic records it would contain. (The Akashic records would be an energy field containing all of humanity's experiences and knowledge. Some people also call it the ether).

If the Flower of Life is so well known, it is because it has many virtues.

In our Universe, everything is energy. Each symbol you see with your eyes is only the material expression of a more subtle energetic reality.

When you see a sacred geometric symbol with your eyes, you are in the presence of a harmonious, coherent energy pattern with a very high vibratory rate.

To name just a few of the benefits of the Flower of Life :

• Put a glass of water or a bottle of water on a Flower of Life and it will revitalize and purify your water.
• It helps to preserve food.
• It rebalances and reharmonizes the energies of a place like a room in your home.
• It allows to correct the geobiological energetic dysfunctions such as hartmann's nodes which can disturb the energetic balance of a place.
• It allows each person in its presence to increase their vibratory level, in order to deepen their meditations, and to allow their body to rebalance itself energetically.
• It helps to calm the mind and to see more clearly.

The benefits of the Flower of Life are specific to each one. Since it allows each person to find their own energetic, physical and emotional balance, you will discover its action on you by using it. 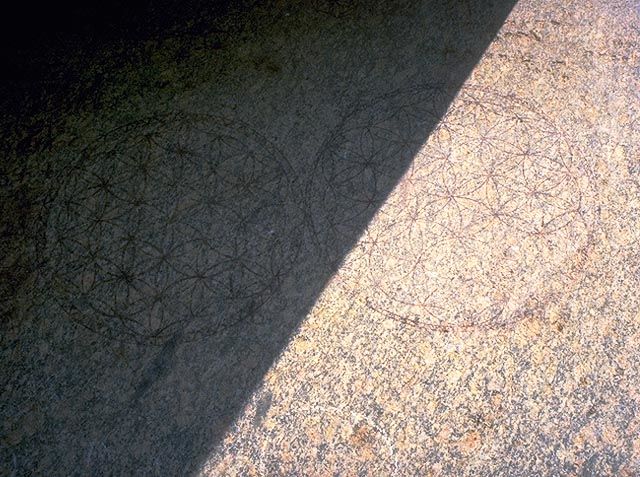 Would the Flower of Life have been known forever?

If we know that the Flower of Life has been known for a long time (especially from Plato's time), we quickly realized thanks to archaeological discoveries that it would have appeared much longer ago than we could have imagined.

Indeed, one finds drawings and engravings of the flower of life in various constructions throughout the world as in Egypt with the temple of Osiris in Abydos:

Note that for the time of Osiris (one of the oldest temples on the planet), the Flower of Life is neither engraved, nor sculpted, nor drawn on the rock, but burned into the atomic structure of the rock.

The Flower of Life is also found in many other countries, such as in China, in the Forbidden City.

But we do not only find the Flower of Life in Egypt or China, it is also present in Israel in Mesada, in Japan, in India in the Golden Temple and in Turkey in the life of Ephesus in Izmar.

It is also found in Italy and Spain to name a few places.

It would seem that ancient civilizations knew more about life than is generally accepted and that a certain knowledge has been transmitted since the "dawn of time". Share this information with your friends.