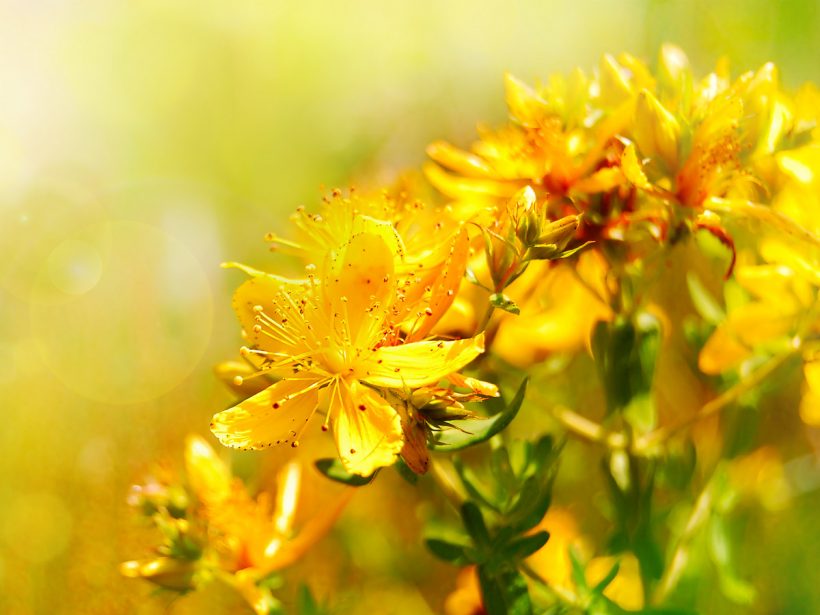 In ancient times St. John's Wort (or Hypericum perforatum) was used as a sedative and to treat malaria. It was also used as a balm for wounds, burns and insect bites.

Today, the plant is generally used to treat nervous disorders such as depression (through the active ingredient hypericin), anxiety and certain sleep disorders. Its neurological effects are therefore proven and recognized, but beware of its interactions with certain pharmaceutical products.

What is Hypericum Perforatum ?

St. John's wort is one of the most commonly used natural remedies for depression. It is prescribed in Germany and Ireland, but is still available over the counter as an herbal remedy in many countries, including the United States.

Research has shown that its effects are very real on mild to moderate depression. For severe depression, however, other treatments will be more appropriate. This plant is also known for its sedative effects, some of which are used for sciatica and rheumatic pain.

Sedative properties, but not only. St. John's wort also has antiviral and antibacterial properties. Its anti-inflammatory properties make it useful in the healing of wounds and burns.

It is therefore by virtue of all these properties that St. John's Wort has logically become extremely popular in recent decades. Unlike other herbal treatments, many of its health benefits have strong support from the scientific community and St. John's Wort supplements are commonly prescribed by health professionals.

Botanically, hypericum perforatum is similar to a small flowering plant that grows wild in Europe, but has since spread to America, Russia, Asia, China and the Middle East. You may know St. John's Wort by a different name, such as rosin or goat's wort.

The plant prefers dry, gravelly soils, and is often seen along roadsides. It is rather easy to grow in spring or fall in well-drained soils. St. John's wort can reach a height of 90cm, its stems are round and erect, branched at the axis of the leaves, of a beautiful dark red color.

The smooth, light green and oblong leaves are covered with small transparent oil glands that look like holes. The flowers have a black border, yellow petals with a center covered with many stamens, which gives it a hairy appearance. St. John's wort flowers from June to September. Its flowers and leaves are harvested and used for medicinal purposes.

Needless to say that, thanks to its success, it is now available worldwide in capsules, tincture, oil or raw.

Among its chemical constituents are : 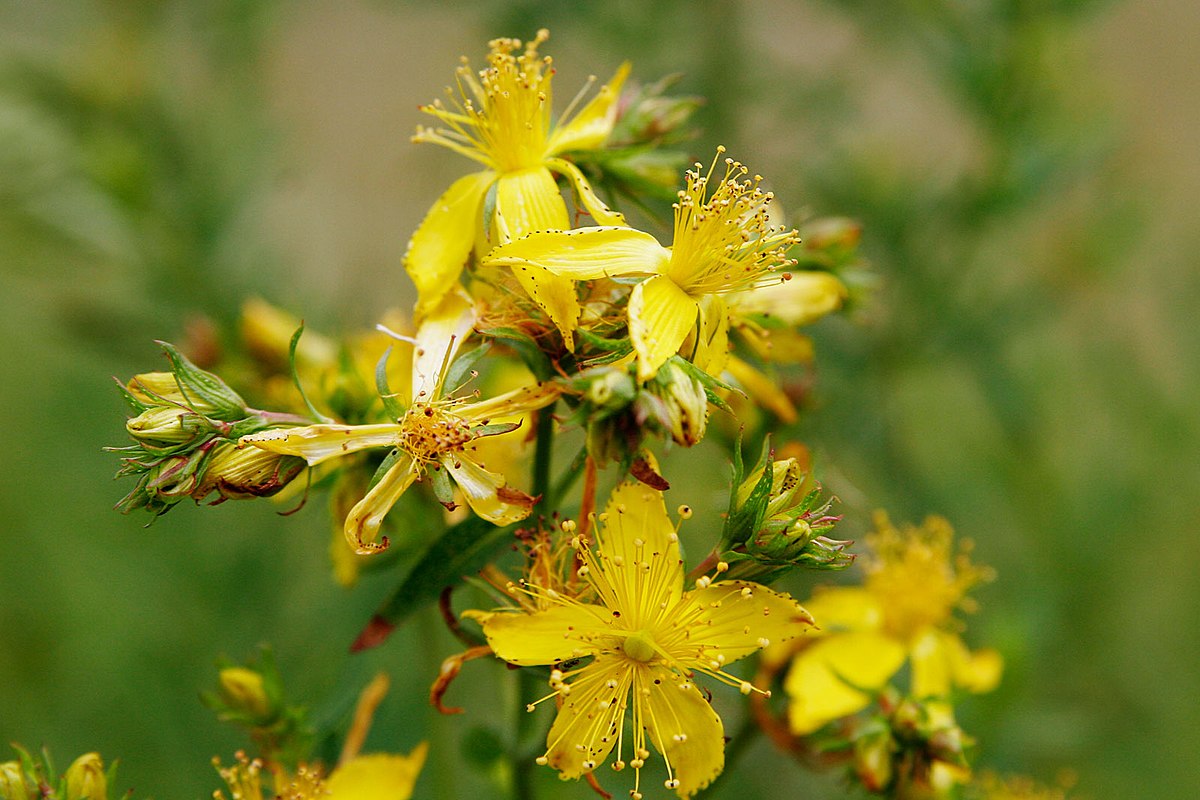 The health benefits of this amazing plant include antidepressant qualities, skin care and much more, as we will see.

This is the most well-known effect of St. John's wort. The plant has been widely used to relieve the symptoms of depression for generations and is now a popular natural solution that doctors and some psychiatrists often prescribe to their patients.

St. John's Wort contains a rare combination of chemical antidepressants that inhibit or delay the reuptake of certain neurotransmitters such as serotonin, dopamine and norepinephrine.

A 2008 meta-analysis of 29 trials (5489 patients in total) in patients suffering from major depression noted that in placebo-controlled trials, St. John's Wort was associated with less pronounced depressive symptoms.

The studies in this meta-analysis were quite heterogeneous, ranging in duration from 4 to 12 weeks.

The health benefits of St. John's Wort extend beyond depression, as it also helps people suffering from anxiety and mood swings.

By helping to regulate the hormonal balance in the body, St. John's Wort is able to realign the metabolism and internal clock, providing valuable help against insomnia, irritability and chronic fatigue. Removing chronic stress hormones from the body can also improve general health and cognitive function, as excess stress hormones can affect various organs.

There are two distinct periods in women's sexual health that can be challenging in terms of mood swings: premenstrual syndrome and menopause.

St. John's Wort is often recommended for women during these two periods, as its chemical constituents have been shown to reduce mood swings and anxiety in postmenopausal women. In addition, they reduce the severity of cramps, premenstrual irritation and depression.

Early indications show that the use of St. John's Wort could be very helpful in relieving cravings and withdrawal symptoms after quitting smoking, drinking alcohol or other addictive substances. This could prove very helpful, as it is difficult to recover from an addiction.

However, further research on this benefit is still ongoing.

As we already know the antidepressant effects of St. John's Wort, the active ingredients also have important effects on hormonal regulation in the body. Hypothyroidism is one of the most common thyroid disorders and this herb has been shown to reduce its symptoms and help the thyroid gland to release normal levels of hormones again.

The soothing nature of St. John's Wort and its rich concentration of antioxidants and anti-inflammatory agents make it perfect for relieving the pain of arthritis, gout, joint discomfort and muscle aches and pains.

If you use St. John's Wort for topical application as an ointment or tincture, it can accelerate the healing process of burns, bruises and scrapes by stimulating the flow of oxygenated blood to damaged skin cells.

The most common negative effects of St. John's Wort are dizziness, nausea, fatigue and confusion.