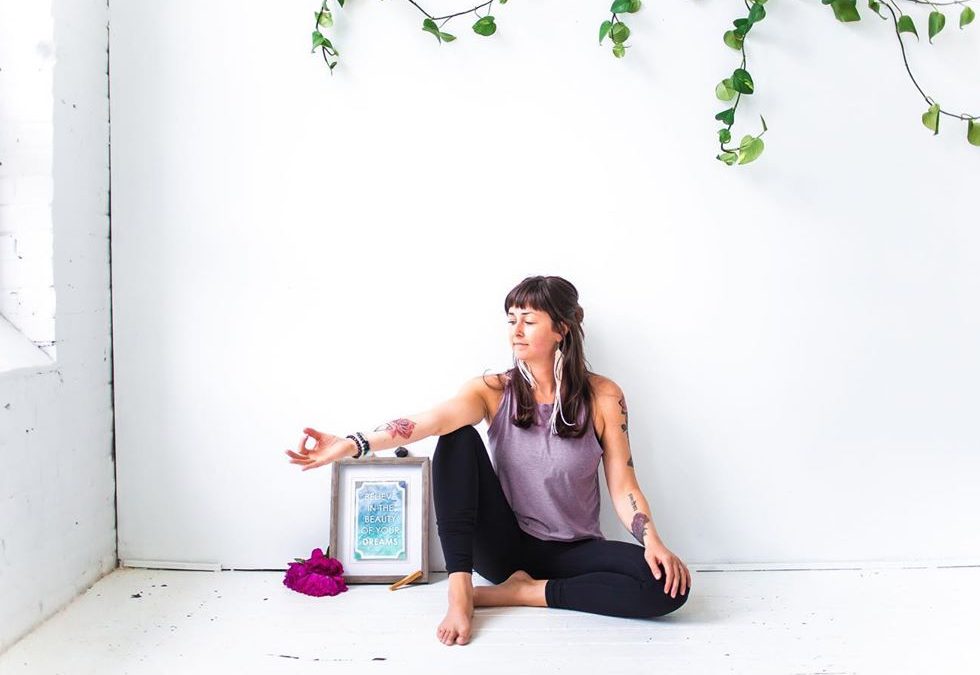 Looking to learn more about Rasa Yoga? Who founded it? How is it practiced? Today we explain the origin of this style of yoga, but also what Rasa means in Ayurveda and in Indian philosophy. It is rather the Rasa Yoga school in Paris that interests you? Don't panic, we'll tell you about it a little further down!

Definition: Rasa, what does it mean?

The term Rasa means "flavor" in Sanskrit. It refers to our sensations, our artistic sense and the essence of something. In other words, Rasa is the sap, the quintessence. Moreover, Rasa is deeply connected to being alive. Indeed, it represents the way our senses are alert when we are present, fully alive and healthy. Like our senses, Rasa is also a way of opening up to the world, a way of connecting with what surrounds us.

Furthermore, Rasa describes a state of complete absorption. Initially, it was often used in the artistic field. He describes the state of presence and transformation that artists can cultivate and bring their audience to cultivate. In Rasa's state, the mind is calmed and fully present.

Under its apparent simplicity, the term Rasa therefore means many beautiful things.

The Rasa in Ayurveda

On the other hand, this term is associated with Ayurveda and more particularly with Ayurvedic food. One speaks about the 6 Rasas, which refer to six gustatory flavours:

Each food has one or more of these flavours. Thus, consuming these 6 Rasas will influence each Dosha in a particular way. If one is Vata for example, one should rather eat foods that soothe this constitution, i.e. sweet, acid or salty (Feel free to tell me in comments if a more complete article on Ayurvedic food would interest you).

What is Rasa Yoga?

Rasa Yoga is a style of yoga founded by Sianna Sherman from California. It is inspired by Vinyasa Yoga, while blending mantra chanting, myths, meditation and rituals to achieve both personal and collective evolution.

Sianna Sherman is an internationally renowned yoga teacher, storyteller and speaker. In addition to Rasa Yoga, she founded Mythic Yoga Flow and programs specifically for women. She conducts workshops, retreats and teacher trainings around the world and online. Sianna Sherman has been practicing yoga and tantra for over 30 years and teaching yoga for over 25 years. Her trainings are certified by the Yoga Alliance.

For her, Rasa Yoga is a synthesis of the yoga she loves to practice and teach, with an approach that focuses on a deep understanding of the body and movement while going beyond postures alone.

According to her definition, Rasa Yoga combines asanas, mantras, mudras, pranayama, meditation and chanting. There is also an element of tantra, rituals, love of nature and self-work in every session. Nevertheless, Rasa Yoga is committed to paying tribute to the different traditions and lineages of Yoga. In addition to this, there is a touch of creativity, self-discovery and spirituality. It is also a recent style of yoga, created for the modern world.

Sianna Sherman's journey resembles that of many people. Destined for a career as a doctor, she quickly refused to have a tidy life. During her youth, she often felt a deep sense of unease, to the point of depression. It was then that she went alone to India to cut out of her daily life. It was here, in the face of the total unknown, while initiating herself to meditation, that she became aware of the importance of following her heart.

Over the years, it is through the practice of yoga that she finds meaning in her life, that she discovers self-love, acceptance and happiness. Back in the United States, she began a spiritual journey alongside the Native Americans. It is with them that she discovers her connection with nature, animals and others. It is there that she understands the meaning of the word Yoga: union. Today, Sianna is a luminous person, who has at heart to accompany other people in a practice that is beneficial on all levels of their being.

Note: Rasa Yoga should not be confused with Raja Yoga, which I was telling you about in this article on Ashtanga Yoga, which is based on the Yoga Sutras of Patanjali. 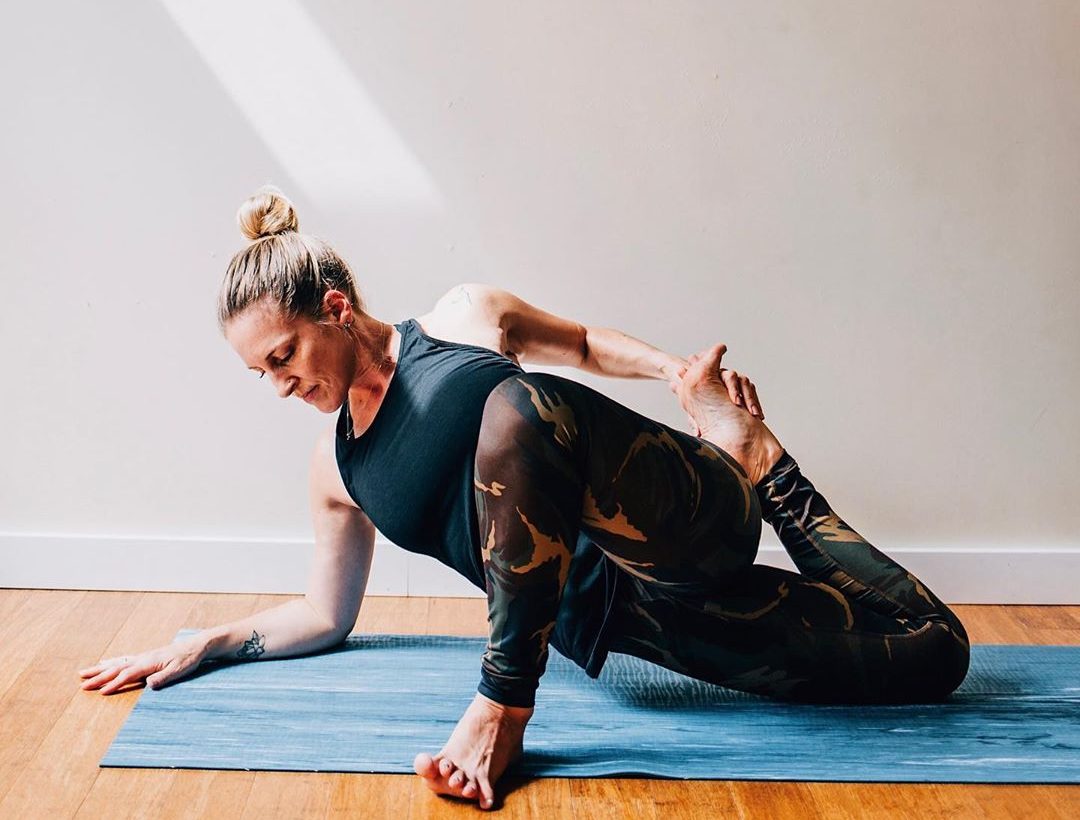 How does a Rasa Yoga session take place?

A Rasa Yoga session according to Sianna Sherman often begins with the telling of a legend and a short meditation (refocusing) with a mudra. A mantra is usually sung. Then, the yoga postures follow one another in a dynamic flow, as in Vinyasa Yoga. At the end of the session, we return to a sitting position for a new mantra chanting. The session ends with a relaxation in Shavasana.

The differences of Rasa Yoga compared to another style of yoga are that this yoga is particularly spiritual, including references to Hinduism. In addition, the names of some postures are changed.

But as you have understood, the notion of Rasa in Yoga refers to a multitude of different elements. Thus, Rasa Yoga is not only a school of yoga in Paris, an ayurvedic principle or a style of yoga. In Indian philosophy, Rasa is also referred to in the form of the 9 emotional Rasas.

The 9 Emotional Rasas. Indeed, Rasa refers to a dominant emotion that runs through us. There are 9 of them:

Every day we experience one or more of these Rasas. These emotions will all come to meet us at least once in our lives. As a human being, we will forge deeper ties with one or more of these Rasas. They will then manifest themselves more often in our daily lives. However, what characterizes above all these 9 Rasas is their non-permanent character: these emotions are only passing by.

Thus, meditation often consists of taking a step back from the emotions that run through us, so as not to identify with them. And it turns out that observing our emotions is a yoga practice in itself. Indeed, this is what Peter Marchand explains in his book "The Yoga of the Nine Emotions".

This observation allows each person to become a witness (Drashtar), more aware of what is happening to him or her. This prevents them from getting carried away by their emotions as is common.

Whether the emotions are good or bad, Indian philosophy reminds us that they are only transitory states. This taking a step back from the Rasas therefore allows us to free ourselves from the hold of our emotions on our life and to achieve a more lasting happiness. Thus, this practice is useful in Raja Yoga.

You now know a little more about what Rasa Yoga is. A style of yoga, a school but also a concept linked to Indian philosophy and Ayurveda. This term is not always known to yogis, but it contains many key values in our practice of yoga. I hope that it may have inspired you...