How to convert to Buddhism 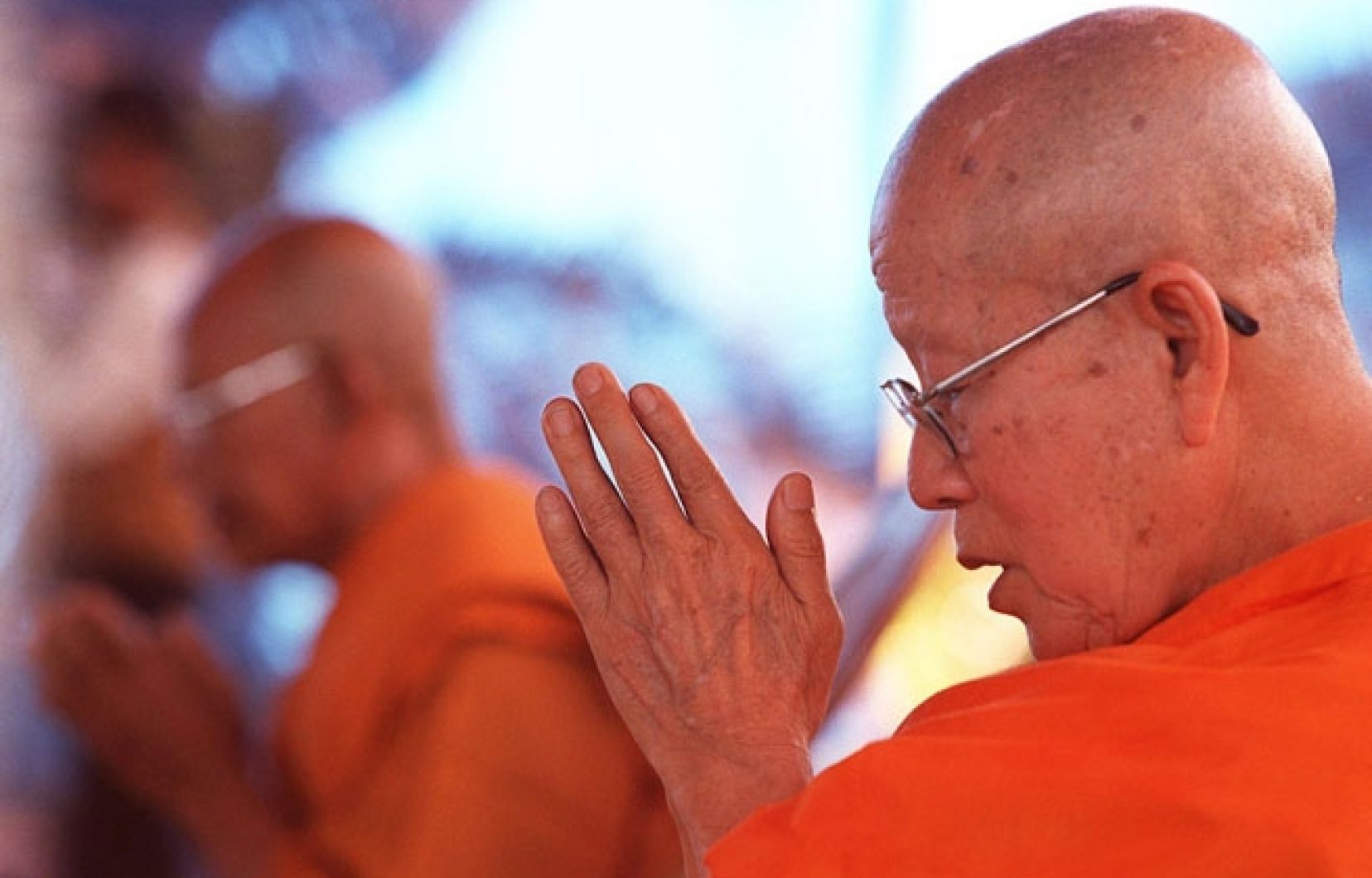 How to convert to Buddhism

Buddhism is open to all, regardless of gender, class or nationality. In order to be able to convert to Buddhism, one must first of all know the source of the word Buddhism. Then, we will try to know the stages of conversion to this religion. Finally, to know the advantages and disadvantages of Buddhism.

According to one point of view, Buddhism is a religion and a philosophy whose origins come from India in the 5th century BC following the spiritual awakening of a great man named Siddhartha Gautama. This man is a historical founder of a community of wandering monks who later gave birth to Buddhism. Buddhism is an individual path whose goal is spiritual awakening through the extinction of the egoistic desires and illusions that cause human suffering. Thus, awakening is a basis for altruistic action.

In 2010, Buddhism has about 400 million followers. This makes it the fourth largest religion in the world after Christianity, Islam and Hinduism.

Understanding the concepts of Buddhism

The existence of God must be questioned in order to become Buddhist. It is therefore necessary to master certain specific terms that are peculiar to this religion. At first, the terms used will seem rather difficult to understand, but learning them is necessary to understand the teaching of Buddhism.

Arhat is one of the specific terms that is part of the initiation to the teaching of Buddhism. It is a being who has been fortunate enough to reach Nirvana. This attainment is the ultimate goal of Buddhist practice. This means the elimination of afflictions, the end of rebirths in the world of suffering, and the attainment of the state where there is nothing left to learn.

The Bodhisattva is the one who has vowed to follow the path indicated by Shakyamuni Buddha. He has taken refuge in the three jewels of the Buddha, the Dharma and the Sangha. He strictly respects the disciplines intended for Bodhisattvas to first help other sentient beings to awaken while progressing himself towards his own definitive awakening, which is that of a Buddha.

The Buddha refers to a person who has achieved enlightenment through wisdom. He has reached nirvana. He can be designated by other qualifiers as Blessed. The name Buddha can therefore refer to several people. The best known is undoubtedly the founder of Buddhism, Siddhartha Gautama, who is the archetype of the pure and perfect Buddha.

The Dharma refers to all norms and laws, social, political, family, personal, natural or cosmic. The Dharma is a rather difficult word to translate, it generally represents the teachings of a Buddha. In the West, the term is sometimes translated by the word religion.

Nirvana is a key concept of Buddhism. Even though this word originated in Hinduism, it is now much more widely used in Buddhism. It has ensured its success with the general public in the West where it has become, wrongly, synonymous with a state of permanent happiness, a paradise.

The Sangha, can be translated by community. It designates, in its narrowest sense, the spiritual community of the arya-bodhisattva, or the arya having already attained a direct perception of the emptiness of phenomena, the first of the bodhisattva lands.

Explore the different types of Buddhism

Two main paths currently exist to be Buddhist namely Mahayana Buddhism which is a Sanskrit term meaning great vehicle; and Theravada Buddhism which is an ancient branch of Hinayana Buddhism from the Sthaviravada school. The latter is relatively conservative. It is also closer to early Buddhism than other existing Buddhist traditions. Even if they have slight differences, each path leads to the same goal. Theravada is mainly Dharma oriented while Mahayana is mainly focused on the goal of becoming a Bodhisattva.

Note that there are also other paths leading to Buddhism such as esoteric Buddhism and Zen Buddhism which emphasizes meditation from the sitting posture called zazen. It is important to know that the path to follow is not really important, because whatever the specialization, Buddhism is normally the same.

Making a retreat in a monastery is an option for those who want to learn more about Buddhism. Some monasteries offer stays of discovery, meditation or mutual aid. By researching on the Internet or other social networks, the aspirant to the religion will be able to see that there are many monasteries. Moreover, visiting Buddhist temples allows one to know a little more about the Buddha's life and understand his Dharma teaching.

The Four Noble Truths are the pillars of Buddhism. To understand them is therefore very important and primordial if one wishes to convert to Buddhism. They are the main teachings of this religion. The first noble called the Dukkha means that life is full of suffering. All stages can suffer everyone namely birth, death and illness. By adopting the teaching of the Buddha, it is quite possible to free oneself from suffering.

Then, the second noble truth called Samudaya defines the origin of the Dukkha. In this truth, it is necessary to know that suffering does not come alone. There are always causes that it is necessary to know in order to find a solution to the problem. In general, it is mostly the thirst for something one cannot have that is the main cause.

Afterwards, in the third noble truth, namely Nirodha, actions are taken to eradicate suffering as soon as the cause is determined. Once the problem is solved, one can achieve final liberation.

Finally, the fourth noble truth which is the Magga or Noble Path is made up of elements that one must follow. They are the right vision, the right thought, the right speech, the right action, the right effort, the right attention and the right contemplation. By respecting all these, one can live properly and attain Nirvana.

On the other hand, the four truths are not negative since they are there to help reduce suffering, to show that the search for pleasure is not something important.

Like all other religions, Buddhism is communitarian. To convert to this belief, the aspirant will be kindly welcomed by Buddhist monks who will offer their help with information. Traveling with Buddhists is a very good way to get involved in the community. However, even though Buddhism is open to all people who want to convert, it still presents barriers such as language, for example, because Buddhism is especially widespread in Asia.

It would therefore be a major asset for the aspirant to speak several languages apart from French. Staying in contact with the community is also a very good way for integration. Going to the monastery closest to one's home, for example, allows one to attend prayer and meditation sessions.

Knowing Nirvana and Karma: Important Steps to Convert to Buddhism

To convert to Buddhism, it is imperative to know what Nirvana and Karma is. The first was born in Hinduism, but is now used in Buddhism. It is a state of permanent pure happiness like paradise. As for Karma, it is the result of actions performed. It determines the rebirth of a being and is therefore closely associated with the cycle of reincarnations. Whether it is good or bad, karma can have an immediate influence in five lives or thousands of years. It depends on when certain effects should manifest.

If one does bad actions in life such as lying, stealing or killing, the return of these are negative. On the other hand, doing good deeds is very beneficial. One can feel happy and fulfilled. Future generations can have peace of mind that no negative karma from their ancestors will fall back on them if they have always done good deeds.

The three refuges are the main object of the rite that the candidate must pass through in order to become a lay Buddhist. It is necessary to always have respect for the Buddha, the Sangha, the Dharma, but also for others. The ideal is to always show generosity to all those close to you and those around you. It is necessary to help them without asking for a return if they have problems.

In the Buddhist religion, one should also try to understand the meaning of Buddhism as well as the teachings of the Buddha. The latter shows the best path to follow to reach nirvana. Indeed, the Buddha guides each follower on the path to happiness, love and peace. It is enough to follow him.

Finally, one would have to learn to adapt to the Buddhist community in order to convert to Buddhism. This is called the Sangha. It is composed of all that surrounds us, namely friends, family and the Buddhist master. Within the Sangha, the practice will be easier and more enjoyable. However, the time of conversion to Buddhism is quite fast if one wishes to become a Lay Buddhist, whereas to become a monk it takes about ten years.

Once the status of Buddhist has been obtained, it is now necessary to respect certain oaths made during the ceremony of passage. The new Buddhist must now respect five precepts in his or her daily life. These guarantee practitioners not to retrogress to lower worlds such as the animal world, the world of wandering spirits and the world of hell when they reincarnate after the present life.

Not to kill is one of the precepts to be respected, in other words one must not destroy the life of others, the life of sentient beings. The second is not to steal or take what is not given to him or what does not belong to him. The third is not to commit sexual misconduct or to have unlawful or immoral sexual relations. The third is to refrain from having illicit sexual intercourse. The fourth is not to lie, not to say things that are false or inaccurate. And finally, one must not ingest mind-altering substances such as drugs or alcohol.

If a person does not follow any of these five precepts, he or she should repent and try not to do it again in the future.

The advantages of converting to Buddhism

Buddhism is a fabulous way to understand the world around us and where we are.

Harmonization with one's environment is one of the advantages that practitioners of Buddhism can have. In addition, they can have inner peace away from all illusions and suffering. These illusions are the first source that causes unhappiness in man. Through meditation, man can look at life with more love and compassion. Of course, conversion to Buddhism is not easy, but it is the key to inner peace and above all to simplifying daily life by adopting certain precepts such as respect and protection of all life, one's own protection, the right word and finally karma which is the understanding that a person's actions will have an effect on himself. The adept is thus protected from any harmful addiction to his life.

The disadvantages of converting to Buddhism

Buddhism cannot be absolutely catalogued and can be confusing, especially if one comes from Christianity, the Jewish or Muslim religion, not to mention other numerous doctrines. Indeed, one may find difficult the new concepts of Buddhism such as karma, rebirth or emptiness and the practice of meditation. Apart from all these, the presentation of Buddhism through the different traditions may vary more or less, which may disturb the interested person.