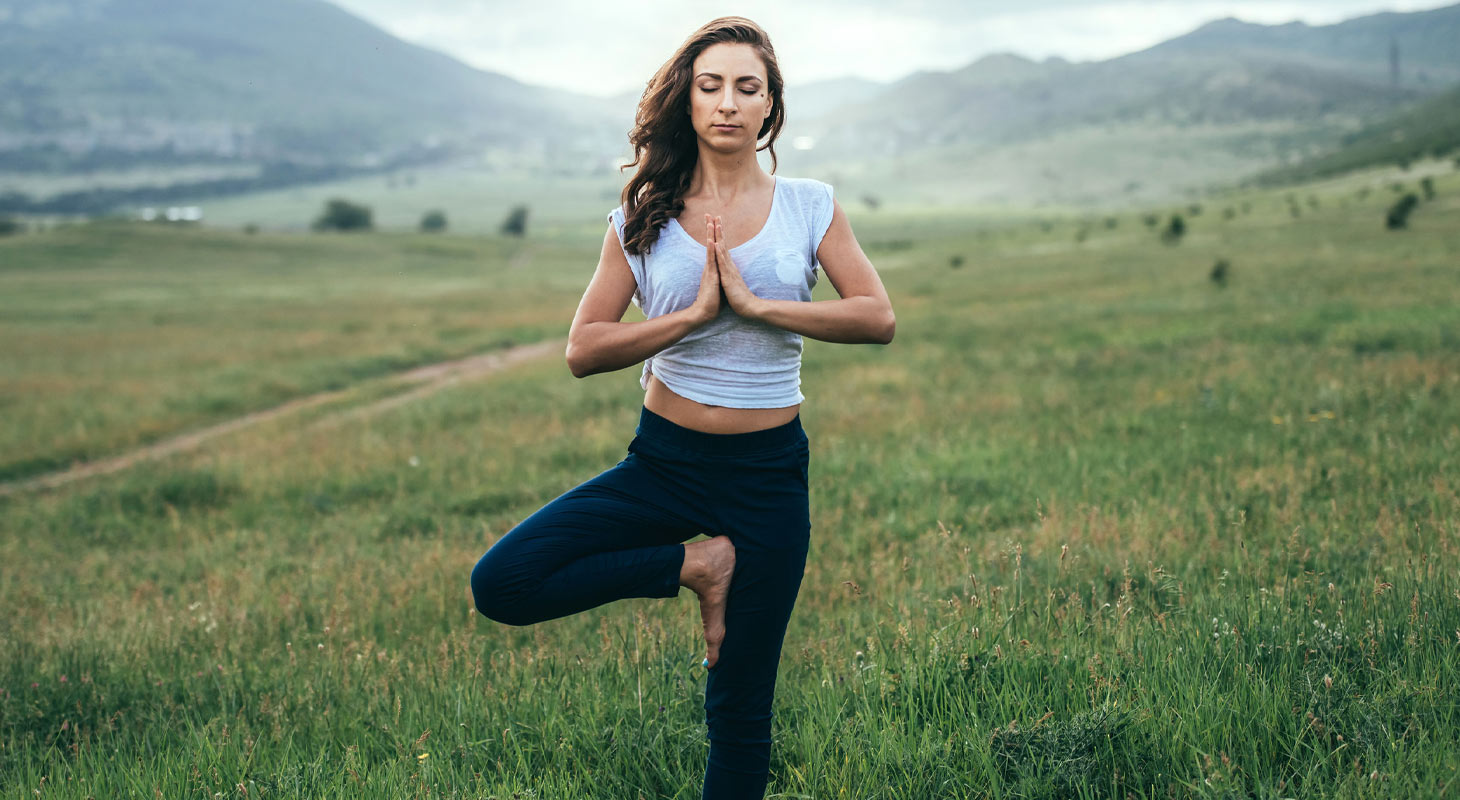 Yoga is becoming more and more popular every year. Everybody talks about it, but it is sometimes difficult to find your way between the different forms of this discipline. The practice combines meditation, breathing and concentration exercises and allows a true union with oneself, with the universe and the living world. The benefits of yoga are numerous since they are as much mental as physical or spiritual. If yoga is becoming an unavoidable activity, its origin remains less known than its practice. Let's take a look at this age-old discipline and its history.

The origins of yoga

The origin of the word "yoga" comes from "jug", a very ancient Sanskrit root meaning "the act of connecting, putting together", and refers to the heart, body and mind. The union is between the universal self and the individual self. We speak here of the connection between the Human and the rest of the universe.

The origin of yoga comes to us from India, and its history is intimately linked to Indian culture. This discipline was created to enable human beings to achieve happiness and harmony in their body and soul.

It is difficult to say precisely when yoga was created. However, some archaeologists are said to have found figurines revealing yoga postures around 5,500 BC.

It is in the Upanishads, texts written by sages, that they mention the practice of stillness sessions dedicated to meditation, or concentration on body movement and breathing. Yoga then appears in many Indian spiritual literary works, and there is constant mention of discipline uniting body and mind.

Patañjali, the creator of yoga-sutras

To go back to the origins of yoga, one must travel as far as 200 BC and discover Patañjali, who is none other than the founder of the discipline. Patañjali was known for his writings on medicine, but also for his works on yoga. According to legend, Patañjali came down from the heavens, reincarnating in the form of a snake, to teach yoga on Earth and help humanity. He fell into the hands of Gonika, a wise man who implored the heavens to give him a son. As if to fulfill Gonika's wishes, Patañjali became a little boy, whom the sage adopted.

It is thanks to Patañjali that the yoga-sutras, short texts in Sanskrit, came into being. Great masters have worked to make these writings accessible to all by translating them into French and English. These writings are composed of 195 small inspiring and philosophical texts, whose purpose is to reach the purification of the mind when they are pronounced.

The 4 steps of yoga-sutra

The 195 inspiring texts are divided into four chapters:

• The first chapter deals particularly with concentration. The goal is to reach a higher state of consciousness, called Samādhi pāda,
• Chapter 2 deals with spiritual practice. Called Sādhana pāda, this practice requires that the subject has met all the necessary conditions to achieve transformation,
• The third chapter, called Vibhūti pāda, is dedicated to the different yoga techniques that allow us to reach a higher state of consciousness,
• The 4th chapter, the Kaivalya pāda, concerns the so-called "liberation" stage, the ultimate goal of yoga practice. This last phase is obtained after long sessions of rigorous practice. One must therefore be patient and not try to reach it right from the beginning of the yoga classes. 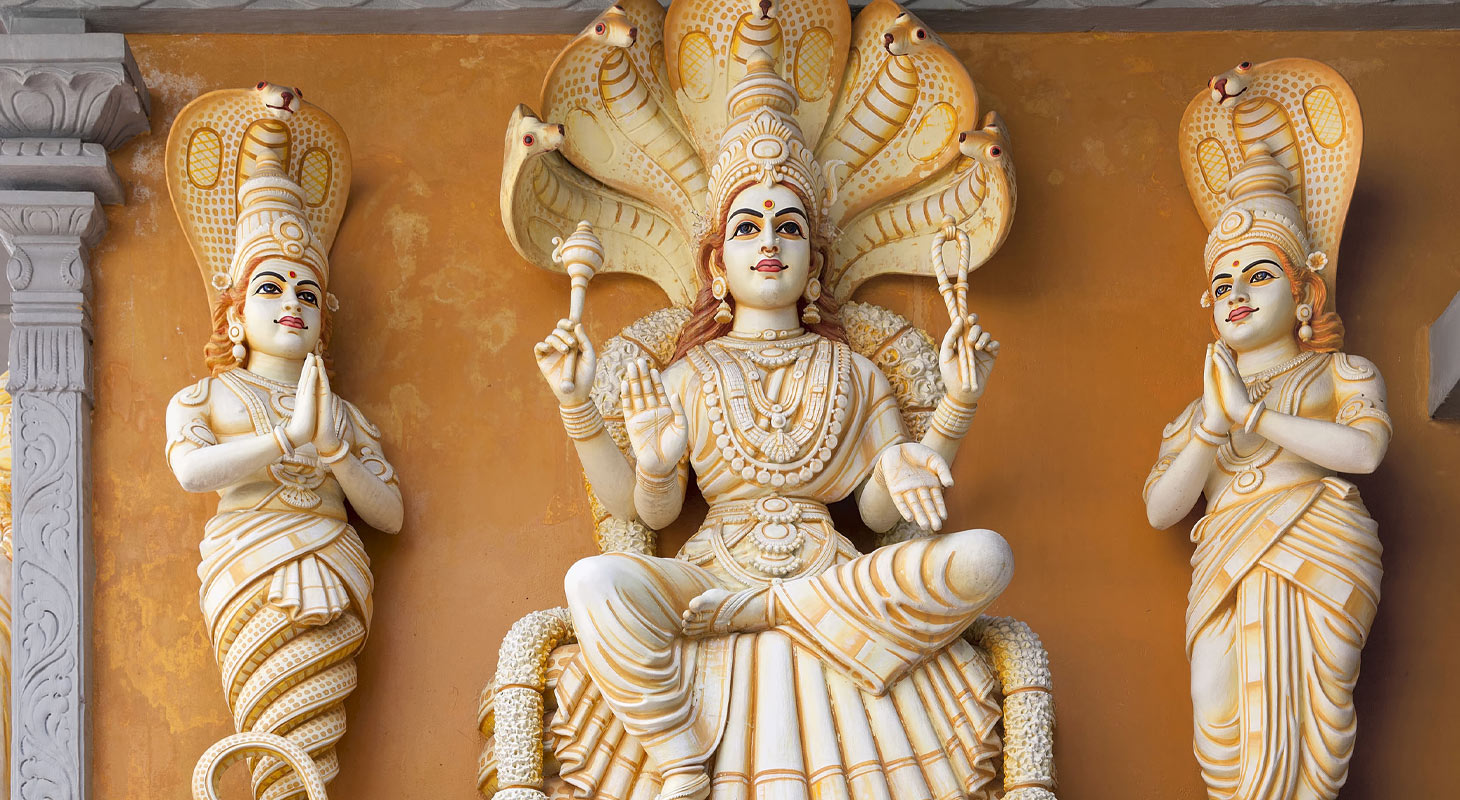 The different currents of the sacred Hindu texts

Patañjali's yoga-sutras have inspired many other forms of yoga. Hindu sacred texts are also at the origin of these other disciplines. Let's look at the main currents of these sacred texts.

The Vedanta
It is one of the most widespread currents of thought in Hindu culture. It is based on an understanding of life and is oriented towards non-dualistic thinking. It teaches unity of consciousness.

The Upanishads
They are texts written by wise men who teach the ultimate truth and the means to reach it.

The Bhagavad-Gita
This great sacred text of Hinduism is dedicated to the art of living.

The Sâmkhya
It is a notion that means "perfect knowledge". He notes that suffering is everywhere in the world and his goal is to put an end to it. It is based on a dualistic system that opposes the psychic world to the physical world.

Hatha-yoga Pradipika
This discipline describes yoga postures and techniques, as well as breathing exercises, in order to master them.

Tantrism
This current stipulates that the masculine and the feminine are complementary. It is the yoga of sexual energy, halfway between the sensual and the spiritual.

Buddhism
It is Buddha who founded this current, about the search for happiness. Altruism, love and compassion are the pillars of this discipline.

Once arrived in Europe, yoga became westernized, while enriching itself with new practices. It is this westernized form that made it accessible to the greatest number of people. The various forms of yoga found today are taught either by a yoga master or by a student who has received the necessary teaching through seminars and is now able to share his or her knowledge and practice. The benefits of yoga are many. Therefore, this method is highly appreciated by people who live at 100 per hour, allowing them, for a moment, to enjoy this age-old discipline and experience a true connection with their inner self, while doing flexibility exercises.

To practice it, having faith is not a sine qua non necessity. Many practitioners are adept at it because this discipline allows them to eliminate the stress of active life and to feel better in their body and mind. They do not particularly aim to achieve a highly radiant spirituality. The relaxation and well-being offered by yoga is enough for them. 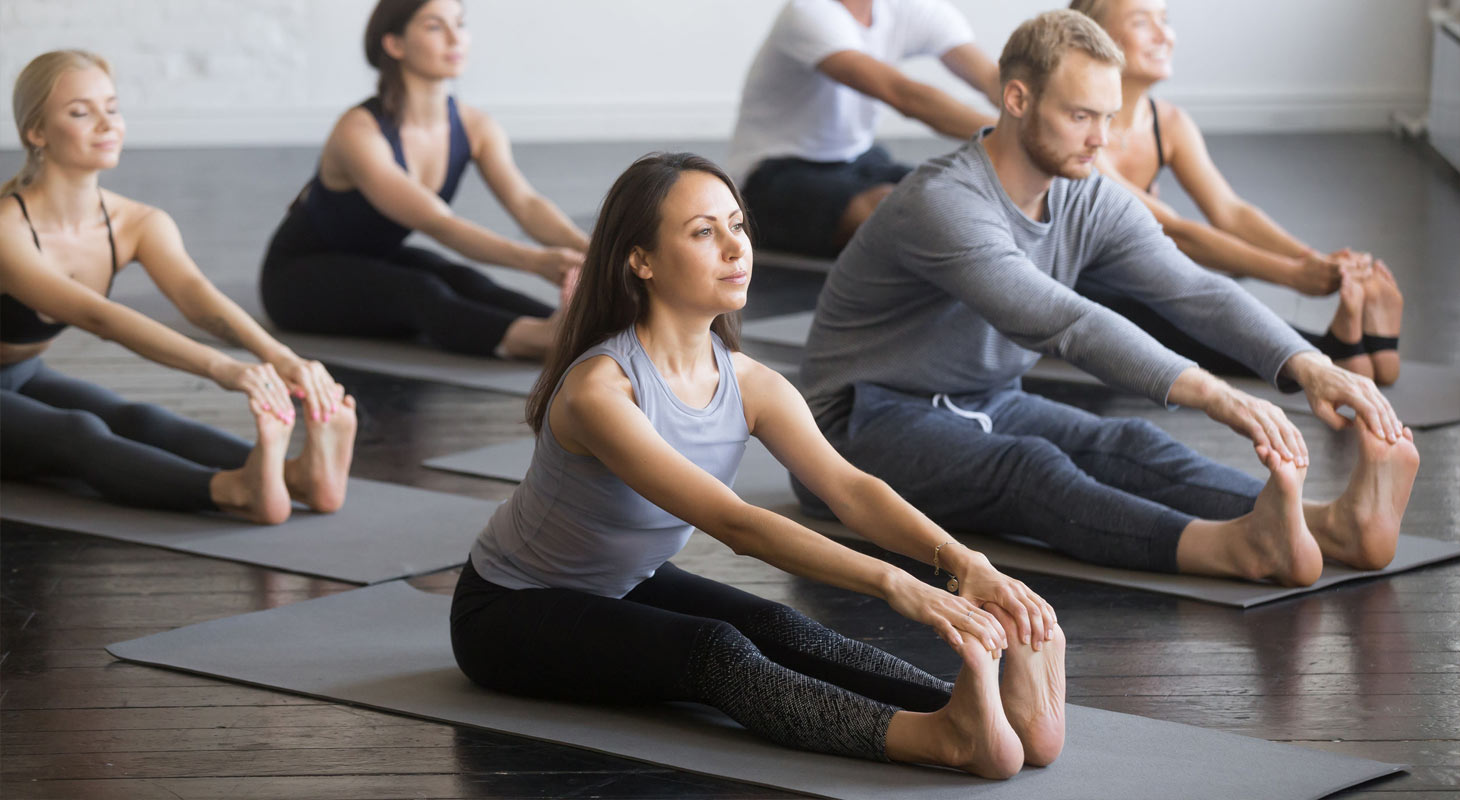 There are more than 250 million yoga practitioners in the world, including one million in France. All these adepts are in search of physical and mental well-being and are unanimous in praising the merits that this practice has over those. In order to practice yoga in good conditions and reap all its benefits, there are a few principles to be respected. Before starting, choose your exercise carefully. It must be appropriate to your needs and your physical capacities, without abusing your body.

The different postures of yoga, called "asanas", have been studied to allow you to keep them for several seconds, or even several minutes for the most seasoned, in a comfortable way and without any muscle or joint tension. They very often imitate the postures adopted by certain animals, because they naturally understood the benefits and comfort that these postures provide. The gestures and postures must follow one another smoothly and slowly, in order to remain focused on the animal's state of consciousness as much as possible. This practice allows you to stretch your body, activate blood circulation and reduce nervous tension.

Closely related to the postures, breathing plays a primary role in the practice of yoga. In fact, all postures are perfectly adjusted to the breath. Doing a correct exercise without mastering the breath that corresponds to it is useless in the practice of yoga. It must be done through the nose, in a natural and deep way. When you can control your breath, you can control your mind. A good breath, in tune with the movements you perform, allows you to relax your body and calm your mind, for a feeling of total well-being.

Healthy eating is important for any yoga practitioner. In order to be in total harmony with this discipline, eat healthy and balanced, with natural products. Eat when you are hungry, not to fill a void in you. Yoga is also a starting point of respect for others in all its forms, it is not uncommon to come across vegetarians who are adept at this discipline.

Yoga is postures, it's precise breathing, but it's also meditation. It plays an essential role in the practice of this sport activity. Meditation plays a major role in the yoga-sutras of Patañjali. It allows you to improve your concentration, and thus to raise your intellectual capacities, but also to consult you on the present moment. Meditation can be done through breathing exercises, or by focusing your attention on sounds, images or places you like, closing your eyes to facilitate visualization. If you are not used to meditation, there are different methods available to you, and many online videos are available to help you clear your mind and focus on positive thoughts.

The different forms of yoga

After all this information on the history and origins of yoga, we are convinced that you will want to try this discipline during a session in order to live a moment of total zenitude. Let yourself be tempted by a session to learn how to open your chakras. There are about ten different forms of yoga, so to make sure you don't get lost in the adventure, here is an overview of some of the best known characteristics.

Also called "classical yoga", it is the most widespread and traditional. Its goal is to prepare your body for meditation through breathing and stretching exercises. With this type of yoga, you will work on your strength and flexibility, to reach a moment of pure relaxation.

Here, these are quick postures that follow on from each other to allow for a combination of breathing and postural exercises. This yoga is very dynamic and targets your muscular strengthening and develops your flexibility.

This one is for yogis who already have a lot of practice since the postures to be linked must be perfectly stable. With this type of yoga, you will develop knowledge of your body and concentrate your exercises around your spine.

This form of yoga focuses on a series of postures combining breath and exercises and aims to improve your flexibility and balance.

This one has the particularity of being performed in a room heated to 40°C, and consists of much more difficult postures that you must hold for at least 5 seconds. 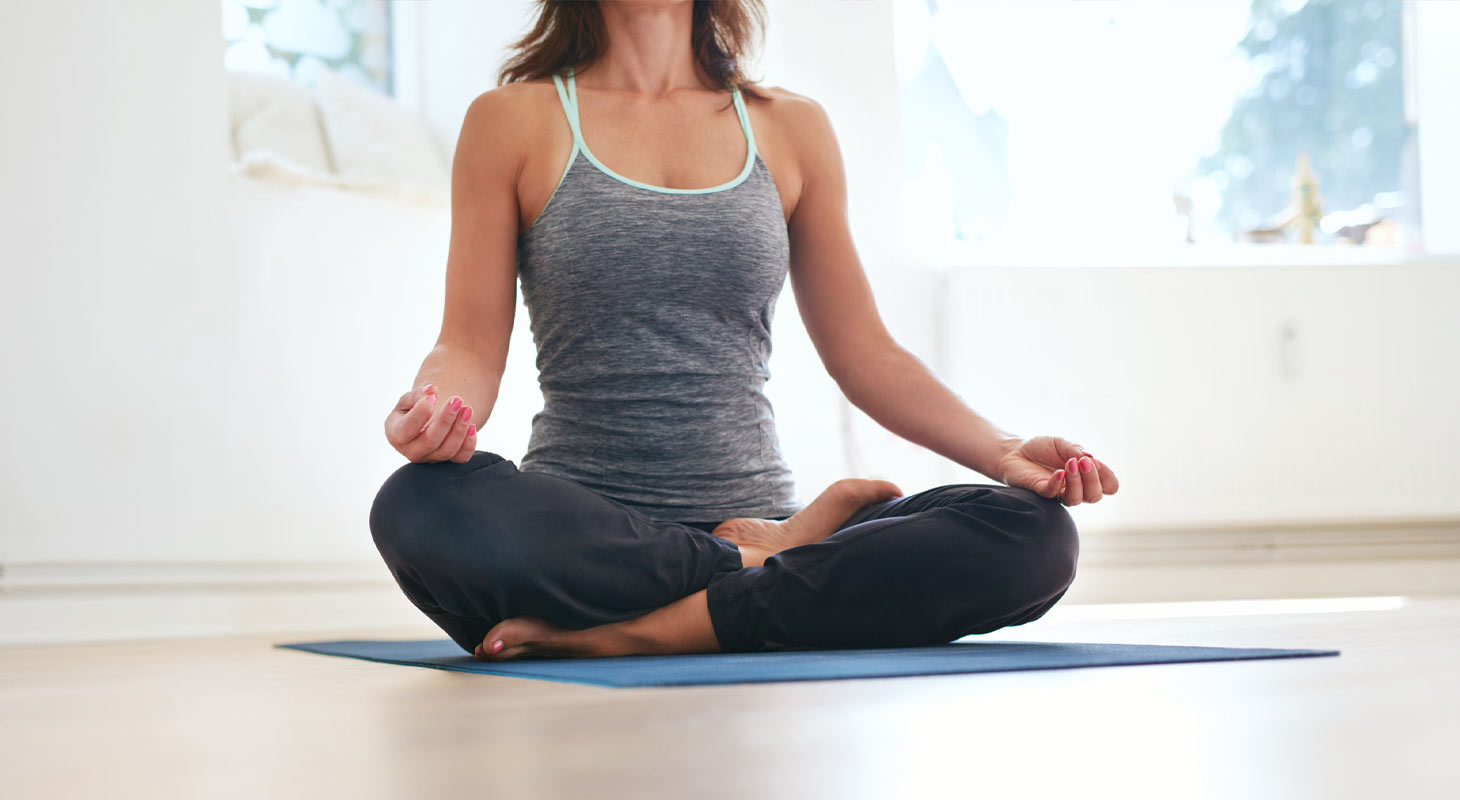 The practice of yoga can be done by many people, each with their own motivation. If you still have doubts about the right reasons to start practicing yoga, here are some arguments that should convince you:

Yoga can be practiced by children, adults and even pregnant women.
• The different existing forms of yoga ensure that you will find the one that suits you perfectly.
• This discipline is done gently, without any aggression to the body and is really relaxing.
• It helps you to breathe better and thus to better manage your emotions.
• It facilitates digestion and helps to sleep better, thanks to the meditation that prepares for sleep.
• It helps to restore self-confidence, with the satisfaction of progressing in breathing exercises and postures.
• It fights against stress thanks to the breathing which allows to get rid of negative ideas.
• You will be able to increase your ability to concentrate with breathing and meditation exercises.
• On a physical level, yoga helps to stretch the muscles and also helps to make the body more toned and reduce back pain.
• It allows you to connect with your inner self and savor the moment by being fully focused on the moment.

Now that you know more about the origins of yoga, the different types offered and the benefits, there is no excuse not to get started.