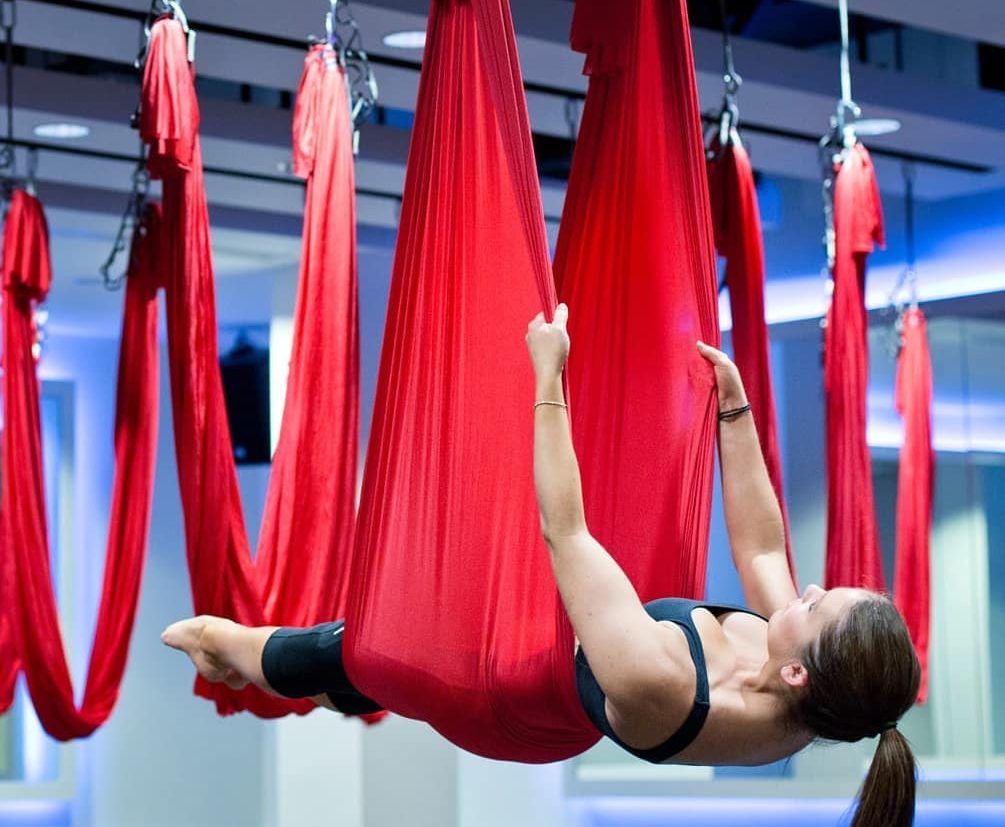 Do you want to find your child's soul by practicing yoga? Then Aerial Yoga is certainly for you. This playful and creative style of yoga is practiced using a hammock... Not only is it beautiful to look at, it is open to all and relaxing to practice! Want to know more before you start? In this article, I will share with you everything you need to know about Aerial Yoga.

Aerial Yoga: what is it?

This type of yoga, also known as "anti-gravity yoga" is relatively recent since it was created in the 2000s. It was born from the encounter between yoga and circus arts. Inspired by traditional forms of yoga, it combines classical yoga, Pilates and ballet postures, while performing them in the air. In fact, in the classes, each student follows the postures while hanging from a hammock. This accessory is of course adapted to the practice and is able to support you.

Originally, Aerial Yoga originated in the United States, in New York City. Christopher Harrison worked in the show business and circus world for years, before he became particularly interested in the benefits of muscle work in the air. Thus, he developed the concept of AntiGravity® Fitness. It works the body in depth with the help of a suspended hammock. Thus, the postures are done in balance, without compression of the vertebrae. This makes it possible to work the body with intensity while limiting the negative effects and facilitating the movements. Moreover, Christopher Harrison quickly realized that working in the air also helps to lighten the mind.

Who can practice Aerial Yoga?

Are you afraid of the concept of aerial yoga? However, you have nothing to worry about: this type of yoga is open to everyone. We promise! If you don't need to be a trapeze artist to test a session. On the contrary! The postures are suitable for all levels. This way, you will be able to do them easily from your first session even if you have never done yoga before. Indeed the hammock in which you will be installed will help you to have a better amplitude to work the postures. It allows you to achieve positions that would otherwise be inaccessible because it lightens the weight of the body. It also offers more freedom from the ground which limits us in certain postures.

Of course, you must always keep in mind your own limits when you start aerial yoga. Your level can evolve over the sessions and you will enjoy doing some more acrobatic postures over time!

Finally, aerial yoga is a very playful type of yoga that will also appeal to people who want to have fun and to the youngest.

What are the principles of Aerial Yoga?

Aerial yoga is practiced in a hammock fixed to the ceiling. It is located about one meter above the floor. This accessory makes it possible to accommodate a student in complete safety.

The fabric of the hammock is stretchy, enveloping, anti-perspirant and non-slip to facilitate the postures. It is often made of silk which makes the fabric very pleasant to the touch. Nevertheless, it is advisable to wear a relatively long outfit so that the fabric does not hurt you during the session.

The hammock of aerial yoga acts as a kind of soothing cocoon and thus promotes relaxation. This is one of its main assets: it makes you feel particularly good. Indeed, by adapting perfectly to the morphology, this hammock refers to the position of the baby in the womb. Thus, unconsciously, one feels instantaneously a feeling of safety and relaxation while slipping inside.

What are the benefits of this type of yoga?

Aerial yoga is very useful for people who spend a lot of time sitting. It is more and more advised by the medical community for back problems. Indeed, it allows the total decompression of the spine and joints in certain positions (especially the head upside down). This is therefore very beneficial for the body.

Moreover, aerial yoga allows you to let go and work on your emotions. When you climb into your hammock, it instantly triggers a smile, a laugh and a connection with the other participants. It's the promise of having a good time and forgetting your worries. Each successful posture in the air also builds your self-confidence.

On the other hand, aerial yoga gives you an intense sense of freedom when working above ground. This, while keeping you safe because your teacher is always present to observe you. In addition, you are not situated too high up. So there is very little danger.

One of the advantages of this type of yoga is that it makes you work on your balance in particular. During the postures, you will be able to develop your faculties face to face with more ease than on the ground.

Finally, Fly Yoga© also works on muscular strengthening because you are suspended in the air during certain moments of the session. For example, when you try to move upwards, you will work on the abdominal strap in depth. However, this remains a gentle yoga, which is not only for the more athletic. 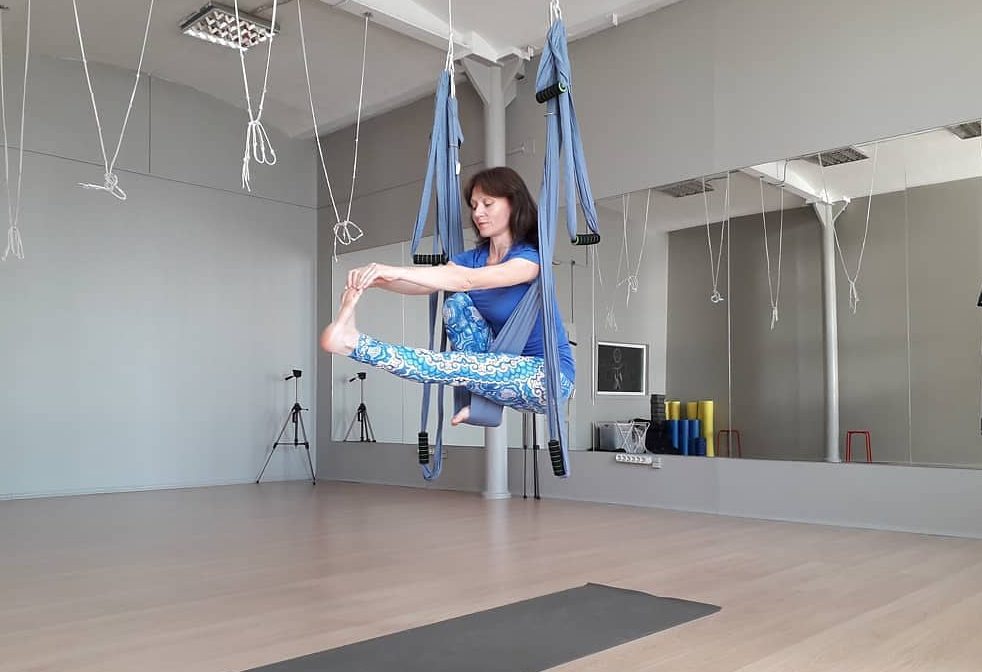 How does an aerial yoga session take place?

In order to participate in an aerial yoga session you will need to bring your mat as many postures are practiced on the ground.

To begin, you usually start with a moment in the hammock to relax and reconnect with yourself. Then, we practice some breathing exercises. The heart of the session generally begins with postures on the floor. These are done with the help of the hammock which is then used as a yoga strap. The support of the hammock makes it possible to work the postures with more ease and depth. As the session progresses, some more acrobatic and graceful postures can be performed, to finish with a totally suspended posture, head down, to completely relax the spine.

Finally, the final relaxation is done on the floor or in the hammock depending on the session. Aerial yoga classes generally last 1 to 1 hour and 15 minutes.